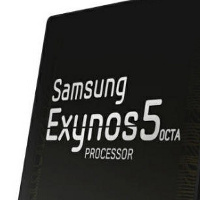 We exclusively reported last month that Samsung has the Galaxy A9 Pro (SM-A9100) in the pipeline. The handset was recently imported to India for testing and the listing revealed that this device has a 6-inch display. The Galaxy A9 Pro AnTuTu benchmark reveals more specifications of this upcoming smartphone. We recently saw the Galaxy A9 Pro […]

Samsung is all set to launch its upcoming Galaxy S flagship device, the Galaxy S5, on February 24 at its UNPACKED 2014 event in Barcelona and as the time to the launch event is coming close, rumours are popping up from all around the globe. Today, two Galaxy S5 variants, SM-G900H and SM-G900R4, showed up on […]

The Galaxy S4 has topped the list of AnTuTu’s report on hardware performance of smartphones that analyses data from the first six months of the year, with its octa-core Exynos processor consistently beating all other smartphones in benchmark performance. In fact, even the second position is held by the Galaxy S4 – the quad-core Snapdragon […]

An Antutu benchmark has surfaced on the internet which allegedly confirms the existence of an unannounced Samsung Galaxy S4 variant, the GT-I9506. The new variant is very similar to the, Korea exclusive, LTE-A variant of the Galaxy S4 but for the Global market, reports RBMen. Take this news with a pinch of salt as benchmarks can […]