Samsung Korea posted Jelly Bean upgrade details about the Samsung Galaxy SII. The Jelly Bean update by Samsung will reduce internal memory from 12GB to 11GB and the reduced 1GB memory part will be used for system partition, as it will also re-partition the memory system, so this upgrade will take at least 1 hour. This upgrade will only be available through Samsung KIES. 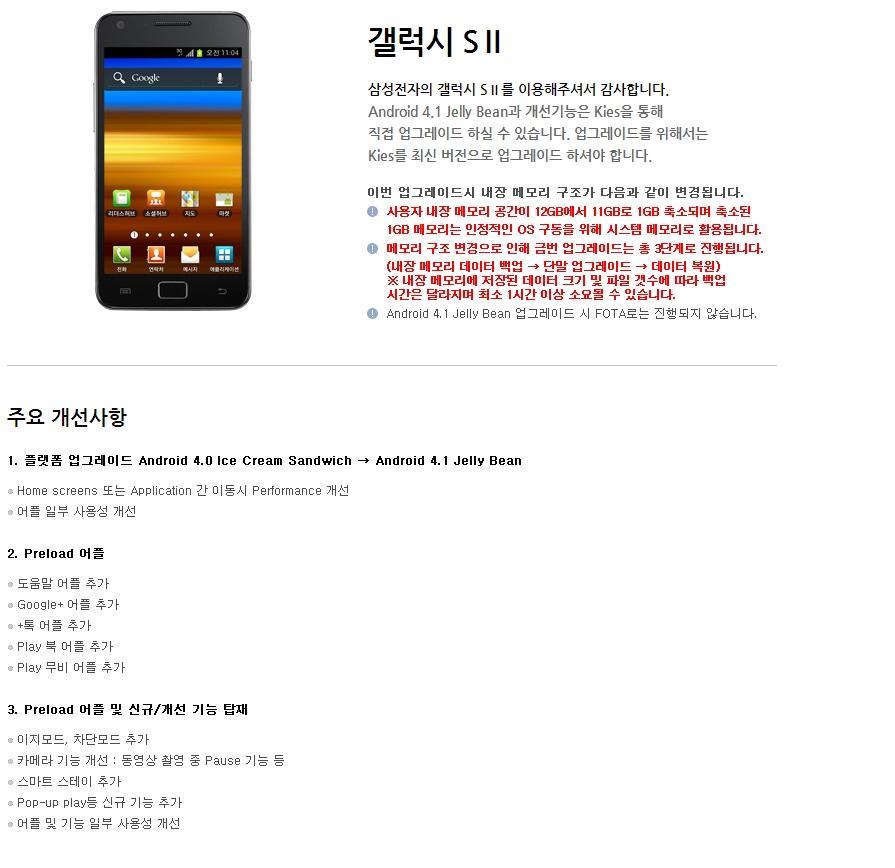 As they released this document the update can’t be far away anymore! What do you think?

Samsung Electronics’ flagship Galaxy S series surpassed the accumulated sales record of 100 million units from the supply side in only 2 years and 7 months after its launch in May 2010. Galaxy S III is selling at much faster rate of 30 million in 5 months and 40 million in 7 months, after becoming […]

A Major vulnerability has been found on devices using Exynos 4 SoC and Samsung Kernel sources. The vulnerability was discovered by XDA-Developers’ forum member alephzain. The security flaw is actually in the kernel which makes the device R/W by all users, apps and gives access to full Physical Memory. In short, all Exynos 4 devices come […]