The Galaxy Watch Active 2 was unveiled earlier this week and Samsung has shown it alongside the Galaxy Note 10 at its Unpacked event in New York City today. We got the opportunity to go hands-on with this new smartwatch and have to say that it has left a good impression.

Many would be wondering whether it’s too soon for Samsung to launch a new smartwatch when the original Galaxy Watch Active is merely a few months old. However, the Galaxy Watch Active 2 builds up on some of the best functionalities of its predecessor with one major addition that’s bound to touch your heart. 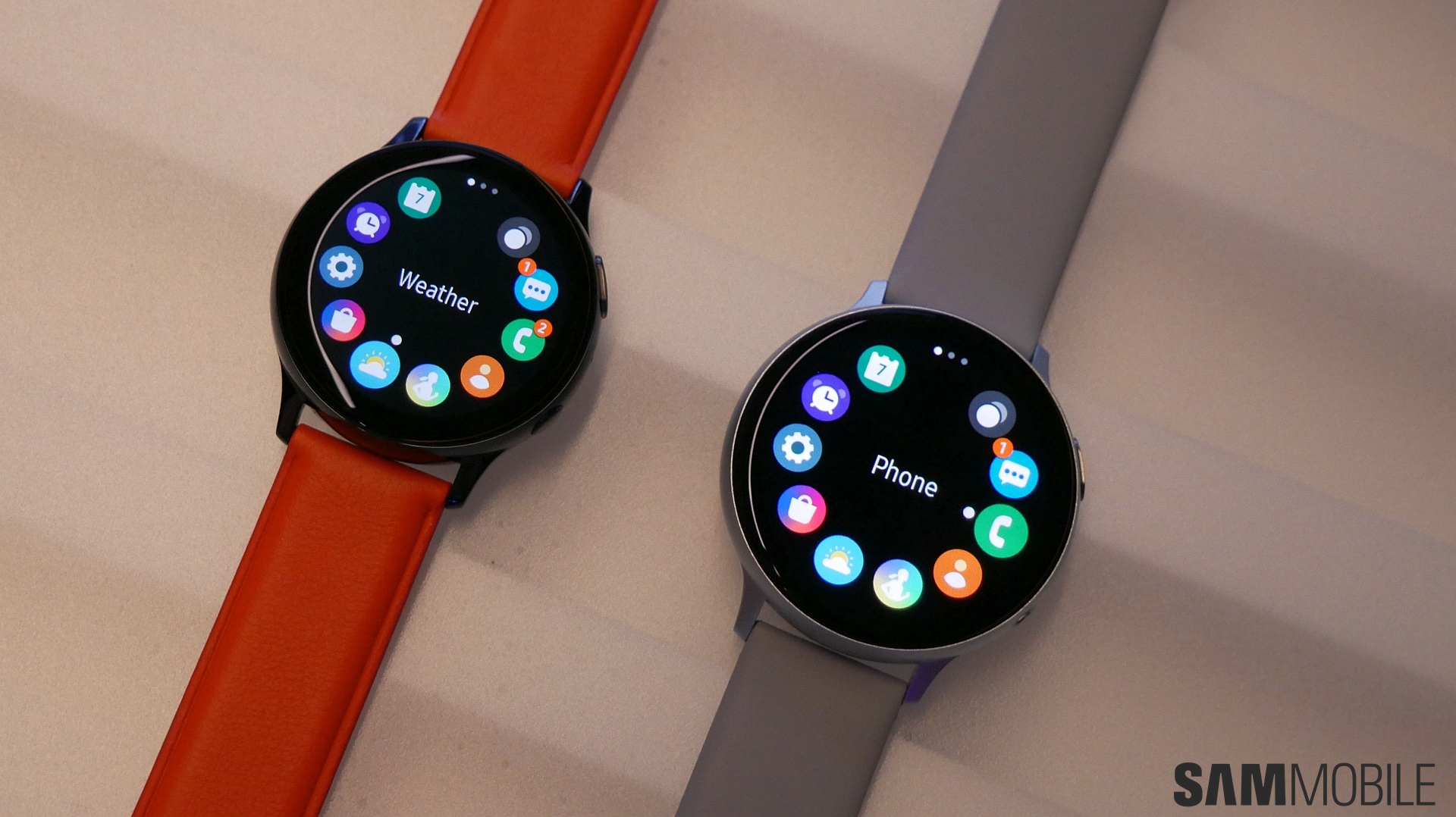 There’s a speaker on the left frame while the buttons have a nice click to them. The aluminum and stainless steel models both feel quite solid in the hand. The Galaxy Watch Active 2 feels well built. It can be paired with a plethora of bands and straps for endless customization. There are also some pretty nice colors to choose from so there’s going to be something for everyone. 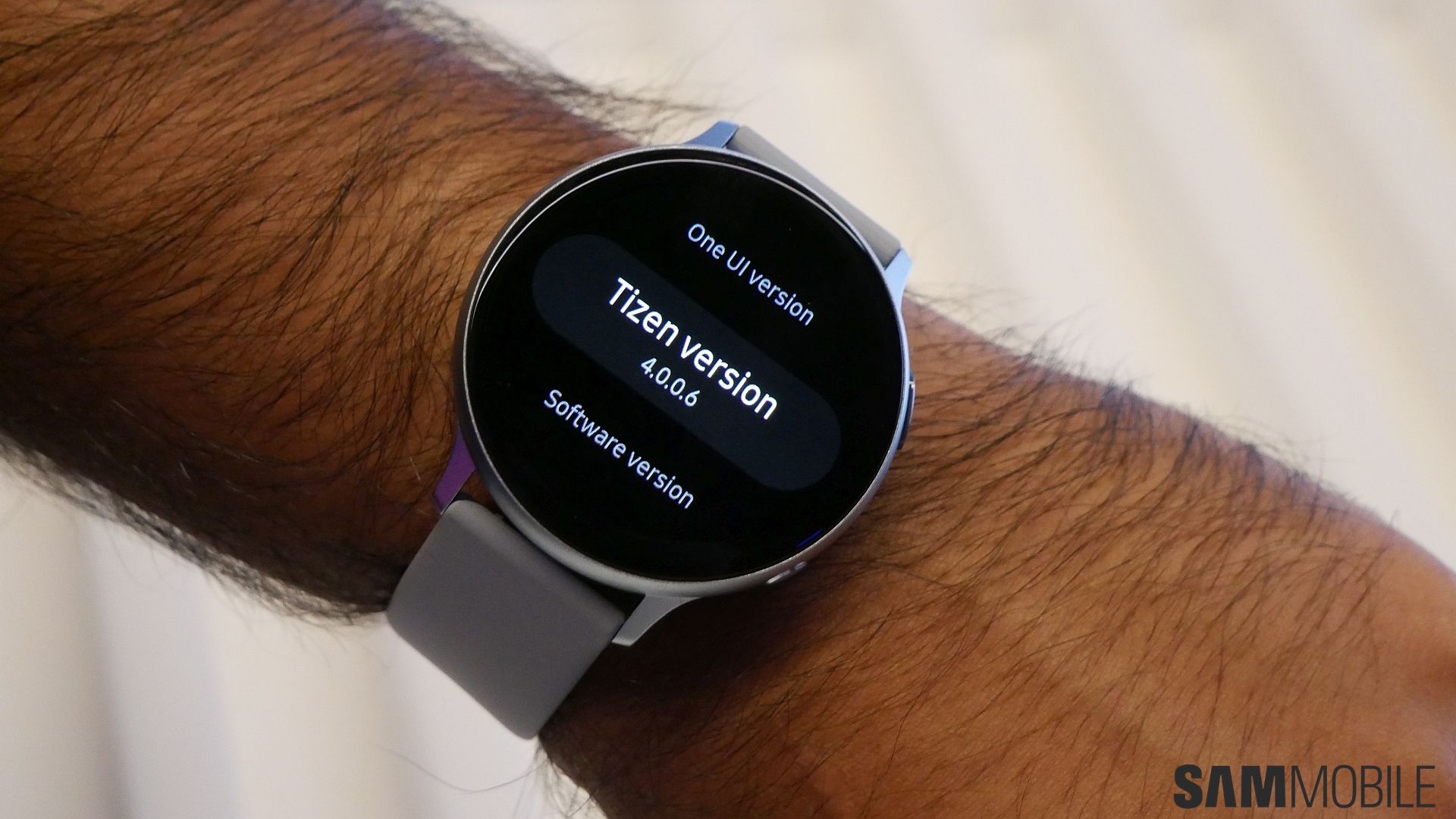 Samsung’s new smartwatch is powered by One UI 1.5 on Tizen 4.0.0.6 and it does bring a couple of new features to the device. In the brief time that we’ve had to play with the Galaxy Watch Active 2, we discovered that it’s possible to enable Theater Mode for set periods of time. There’s also a flashlight mode which basically lights up the display in bright white. You can adjust the intensity and even have it strobe like an SOS. It’s also possible to set a live wallpaper on the watch. 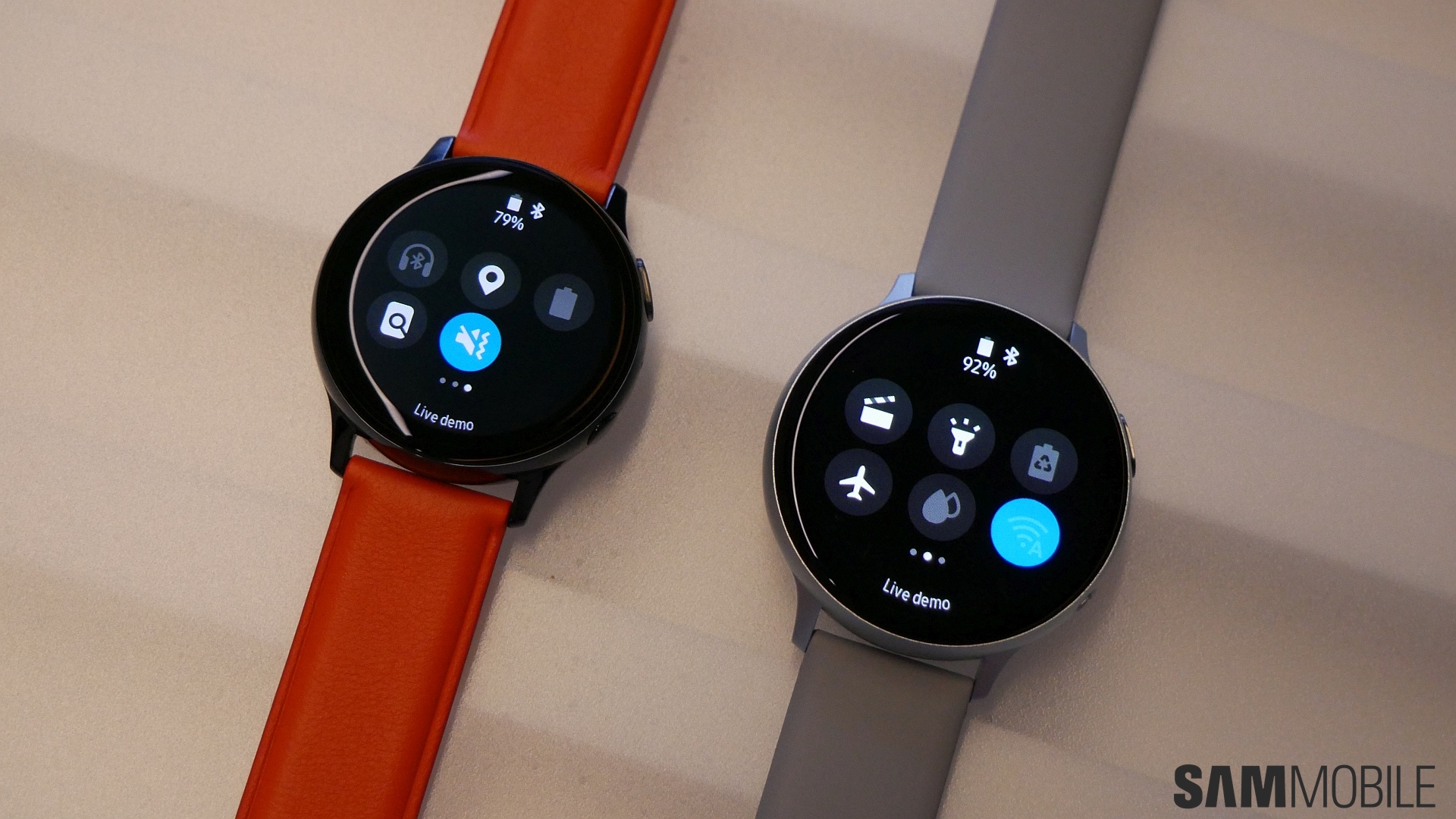 Two of the device’s signature features, which we had exclusively leaked several weeks ago, are missing at launch, though. We were told that Samsung is still waiting on approval from the FDA for both ECG and Fall Detection. The company is working with healthcare partners for this feature but they won’t be launched until the FDA signs off. Samsung won’t say when it expects to receive the approval. There has been talk of a YouTube app for the Galaxy Watch Active 2 but it wasn’t installed on the units that Samsung had on display, most likely because the demo units are not connected to the internet.

Return of the rotating bezel 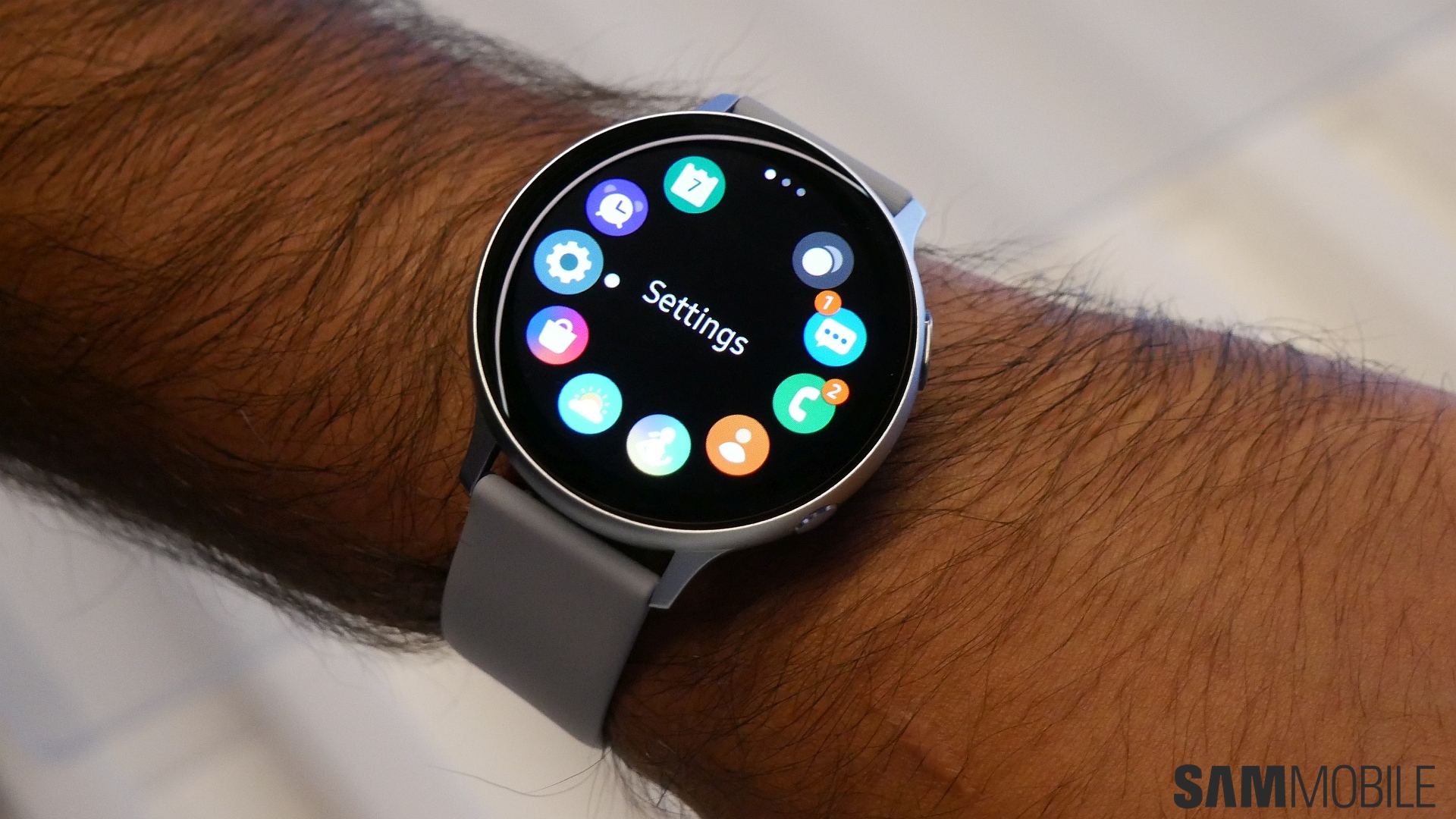 The Galaxy Watch Active 2 brings back the rotating bezel but without adding bulk to the device. Samsung has tried to find the middle ground as there’s a touch-sensitive bezel now. Slide your fingers around it to navigate through the UI. It works really well. The transitions are quick and very smooth while you also get gentle haptic feedback from the smartwatch to let you know that your input was recognized.

We really liked this feature. As longtime users of Samsung’s rotating bezel-touting smartwatches, we were delighted to see that the company has found a way to cater to the needs of customers who would much rather prefer this input method. It’s surely one of the features that’s going to make its way to your heart. The Galaxy Watch Active 2 has left a great first impression. The build quality feels great, the touch bezel isn’t a gimmick and there’s also the promise of new health and wellness features never seen before on a Samsung smartwatch. The larger model will also appeal to those who passed on the original Galaxy Watch Active because of its size.

We’ll have a full review of the Galaxy Watch Active 2 up in the next few weeks so do check back in with us. 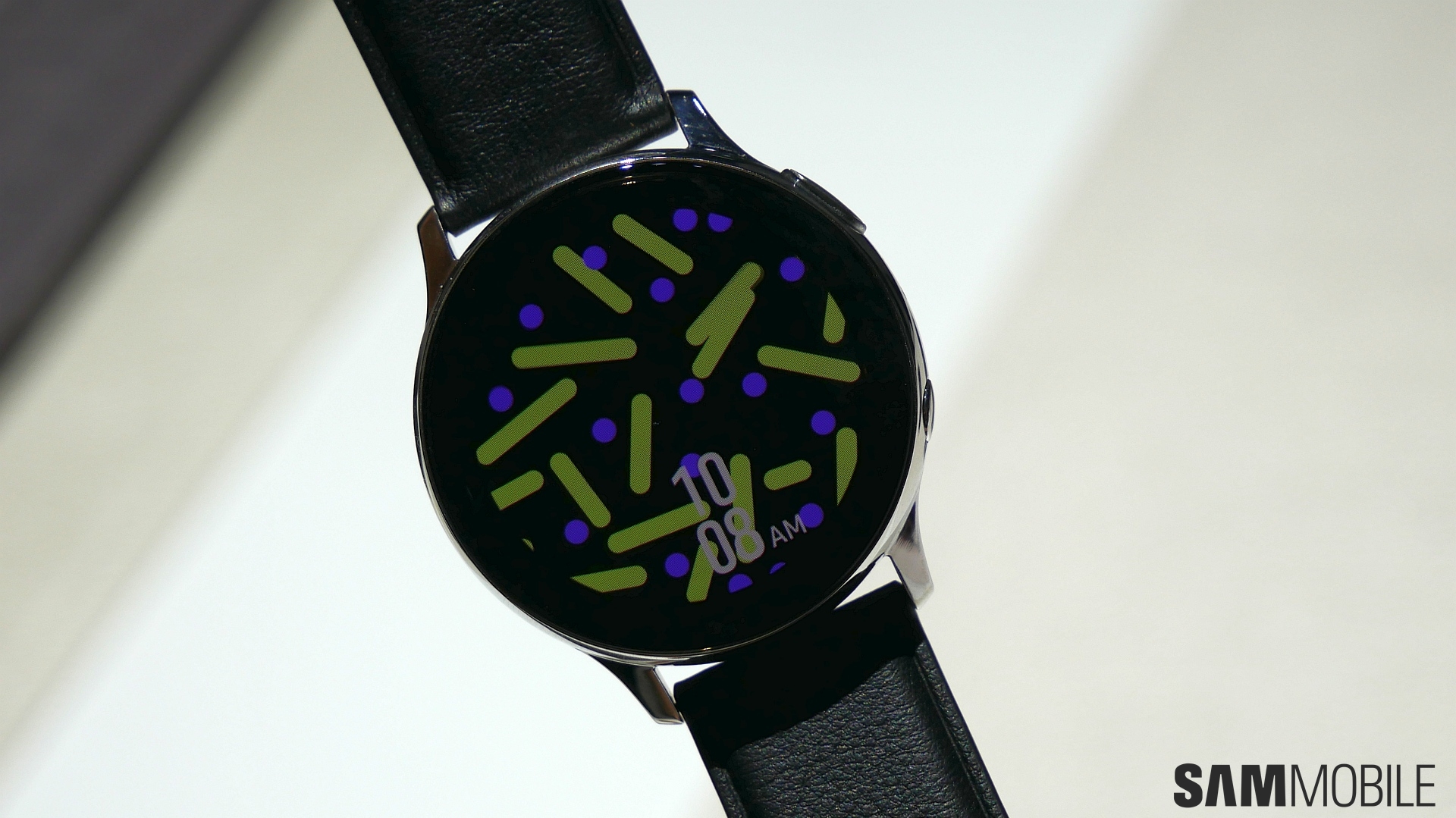