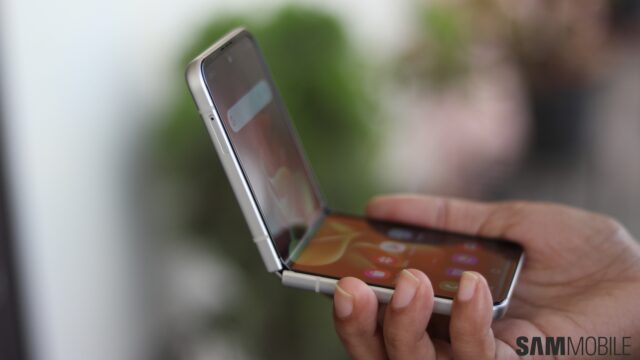 Some of us are old enough to have witnessed the advancement in mobile phone technology before our eyes. I remember when mobile phones had retractable antennas and they looked and weighed like actual bricks. I also remember the times when it felt like a phone without a physical keyboard would be useless.

A lot has happened in just two decades or so. Flip phones were all the rage at one point. There was a time when everyone seemed to be making a stylus-equipped phone. That trend faded eventually but was quickly replaced by a number of other quirky trends.

A lot of big names of the industry have since disappeared. BlackBerry was once the dominant player but it couldn’t keep up with the times. Motorola’s ownership changed a few times until nobody cared about it anymore. Nokia fell on its own sword. Sony scaled back its ambitions and recently LG gave up on the phone business entirely.

Samsung is among the few companies that haven’t just navigated the changing times but adapted to them beautifully. It has also helped push the industry forward. Samsung’s adoption of large screens gave others a reason to go down the same road.

It’s also the only company that has made the stylus its own. If you think of a modern smartphone equipped with a stylus, you automatically think of the Galaxy Note series. The company is now expanding the stylus support to other smartphones.

Samsung didn’t reinvent the wheel with the Galaxy Note series. It just perfectly adapted what was basically a relic of the past into a powerful productivity tool. Samsung nailed the engineering, design and marketing to make people realize that they could still use a phone with a stylus.

So when Samsung brought back another relic of the past, it was no surprise that the company executed that to perfection. The original Galaxy Z Flip reimagined how a flip phone could function as a modern day smartphone. It brilliantly mixed nostalgia with advanced technologies to create a device that immediately captured the world’s attention.

The execution is really what matters. Motorola tried to do something similar with its Moto Razr 5G foldable flip phone. As many of you will remember, the Moto Razr flip phones were extremely popular back in the day. They were stylish fashion statements meant to be seen with. However, nostalgia alone wasn’t enough. The Razr 5G had glaring shortcomings that couldn’t be glossed over by memories of the past.

Samsung’s brilliant execution of the Galaxy Z Flip was instantly appreciated. This is the device that made it clear to everyone that Samsung was fully committed to this form factor. It also showed the world that the company was willing to push the boundaries to once again push the mobile industry forward.

Fast forward to 2021 and the Galaxy Z Flip 3 is in a completely different league. It’s much more refined than the original Galaxy Z Flip with more durability, functionality and power. Yet, there’s still that hint of nostalgia, that feeling of satisfaction when you slam the phone shut after a call, just like we used to do in the good old days.

I fell in love with the Galaxy Z Flip the moment I laid my hands on it for the very first time. I mentioned in my Galaxy Z Flip review that the biggest compliment you could give to the Galaxy Z Flip is just how normal it feels. Everything from the design to the build quality to the hinge’s surprising robustness gave you the confidence that you could use it as a normal phone, even though it folded in half.

The feeling of normalcy has been taken to the next level with the Galaxy Z Flip 3. It happens to be water resistant. So splashes of water on the surface or using it when it’s drizzling outside aren’t a bother anymore. The hinge is even more robust and the display panel more durable.

Using the phone feels more natural than ever before. I open and close it dozens of times a day without giving the fact that this is a smartphone that folds any thought. This has become such a habit that I often find myself absentmindedly trying to fold phones that can’t be folded. It’s always an amusing sight for the people around me!

I think more than anything, this is a testament to Samsung’s engineering prowess. In just two generations of a reincarnated flip phone, the company has made users like me forget that there exist phones that you can’t fold in half and be on your merry way. That’s an incredible achievement and it also bodes well for the future of foldable smartphones.

Like some of my colleagues here, I am now a convert. I can’t imagine not using a foldable phone. My preference still remains with the Flip series, but the more I use the Fold lineup the more I become drawn to its obvious benefits as well.

It goes without saying that Samsung will launch successors to its two foldable smartphones in 2022. Many Samsung fans will be looking forward to what it has in store. I count myself among them. Phones that don’t fold are so 2018, after all.