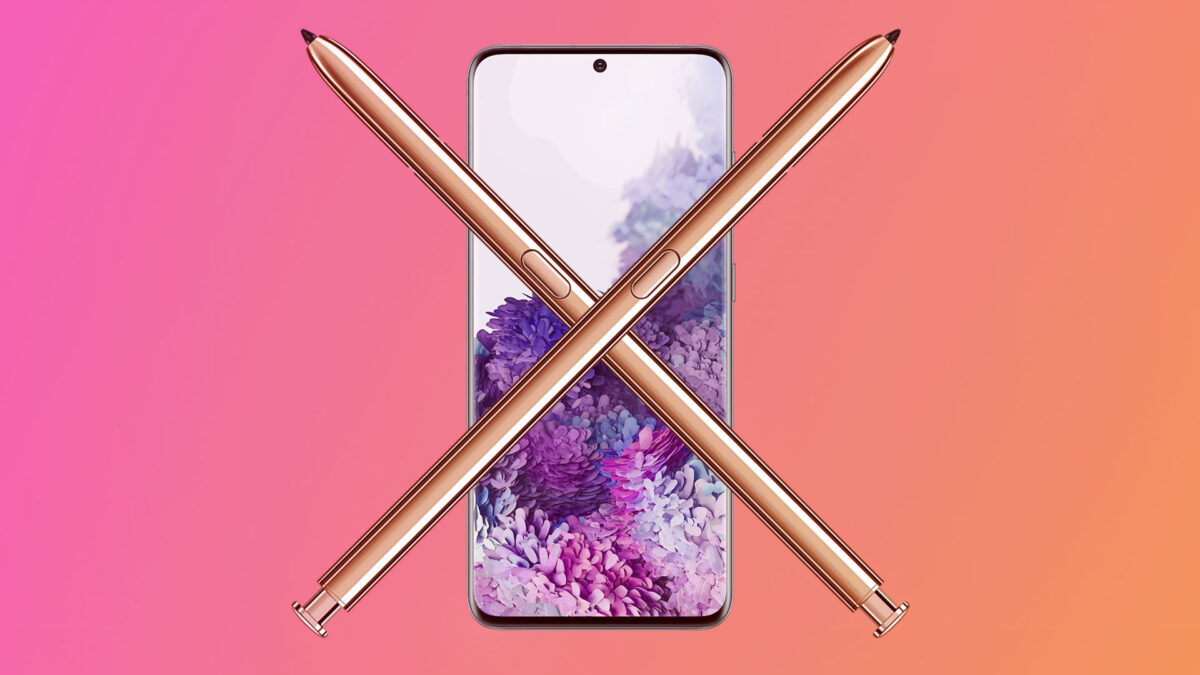 Even if we assume recent rumors about how Samsung is considering adding S Pen support to the Galaxy S21 series aren’t just correct but prophetic, do not be so quick to write off the Galaxy Note family. Because Samsung surely won’t be. This kind of speculation has been circulating the industry for years by now, and will continue to do so until the day another generation of Galaxy smartphones launches with S Pen support. Then and only then will the Galaxy Note line be in actual danger of discontinuation.

Yet even in that grim scenario, we’d rate its chances of near-term survival as decent on account of its built-in stylus slot. Which is a whole separate implementation issue independent of any digitizers. But we’re getting a bit ahead of ourselves.

The first dubious assumption on the subject people often make is that the Galaxy Note family will end the moment Samsung is able to replace it. And while its zenith may be behind us, predicting such a sudden demise of a product range that still sells millions upon millions of relatively expensive smartphones with ever-increasing profit margins year after year is… a pretty bold position to hold, to say the least.

Because while Samsung would be naive not to continuously experiment with the technological feasibility of replacing the Galaxy Note series, rushing it to its retirement would be an even more gullible decision. As such a move would be guaranteed to leave money on the table. And you don’t get to be a company the size of Samsung by leaving money on the table.

So long as Samsung doesn’t have a better candidate for moving millions of $1,000+ smartphones every third quarter of a given calendar year, the Galaxy Note brand will continue unobstructed. Alright, maybe not completely unobstructed – Samsung is bound to eventually attempt cannibalizing its sales in a controlled manner by adding S Pen support to other product ranges. Of course, given the constantly strengthening competition in this already oversaturated industry, whether such risk can even be “controlled” is another matter entirely. Yet it’s difficult to imagine all those years of rumors predicting the demise of the Galaxy Note range would amount to absolutely nothing.

The Galaxy Note brand isn’t irreplaceable, but not many people want it replaced, either

So yeah, while it’s not wrong to focus on the “how,” let’s not forget Samsung will also need a “why” before it seriously considers pulling the plug on the Galaxy Note brand. And looking at the near future, it’s more feasible to expect the Galaxy Z Fold range ends up being the one to replace Samsung’s cult lineup. After all, both a foldable display and a stylus dovetail nicely with the very concept of a portable productivity machine. The Galaxy S family, on the other hand? At this point, its whole schtick is that it’s not the Galaxy Note and is the first of Samsung’s series to receive the latest tech every year.

It’s hence difficult to imagine a future in which Samsung would want to combine its two biggest money makers among smartphones into a single range. Sure, the Galaxy Note 21 / Note 30 family still hasn’t been greenlit for a Q3 2021 launch but it’s likely just a matter of time before that happens.

So, fans of the Galaxy Note series can probably rest easy for at least another year. After all, merging the lineup with the Galaxy S (or any other) range would be one thing, but outright retiring it without a direct replacement in both a functional and commercial sense seems like an extremely unlikely course of action for Samsung to take. That applies to the potential convergence of the Galaxy Note and Galaxy Z Fold series as well. This particular scenario has been the subject of countless speculation going back over half a decade, so any reasonable take on it belongs firmly in the “believe it when I see it” category. Yes, even though it makes way more sense than any hypothetical Galaxy S tie-up.

Let’s not forget Samsung continues to struggle with significant technological obstacles to merely adding a digitizer beneath a layer of Ultra Thin Glass (UTG), to say nothing of how challenging finding a way to actually holster an S Pen inside one of Samsung’s existing foldable smartphone designs would be. Could ditching the Galaxy Note series lead to great things? Is the number of flagship lineups Samsung’s currently juggling getting out of hand? “Yes” to both, but even though there are no guarantees that the Galaxy Note family has a long future ahead of it, actually killing it would presumably require some sort of motivation on Samsung’s part. And doing so in today’s circumstances would just leave the company with a giant hole in its Q3 device sales.

To expand on that last point: While Samsung may not see the Galaxy Note range as an irreplaceable part of its mobile future, its near-term flagship plans are at odds with the very concept of discontinuing it. Of course, there’s always a chance that the company simply releases one or more Galaxy S21-series devices with S Pen support, sells the stylus separately, and discontinues the Galaxy Note lineup without any other efforts to replace the experience of having it built into a smartphone. But given how much it talks up this niche every so often (i.e. every Galaxy Note launch event), not to once again mention how the Galaxy Note devices continue to sell in the millions year in, year out, this possibility will remain nothing more than a far-fetched hypothetical up until the point Samsung does something to prove it otherwise.