The pronounced camera bump on this particular Galaxy S20 Ultra model lacks any Space Zoom branding, so it may very well be a dummy unit for store shelves. Either way, it gives us an idea of what a white Galaxy S20 Ultra would look like. As you can see in the image below, the phone is white and has some light refraction going on. It’s not a pure glossy white finish, and the camera bump remains black.

The source claims the phone is about to be sold in China, adding that it may arrive in other countries as well. So far, the Galaxy S20 Ultra has been released only in Cosmic Gray and Cosmic Black. A white model would be welcomed, but it doesn’t quite add more color to the mix, as the device would still follow a more grayscale color scheme.

Availability details remain unclear as of this writing, but we’ll keep you posted once we find out more. Until then, join us in the comment section and let us know if you would you prefer the white Galaxy S20 Ultra over the black or gray variants. 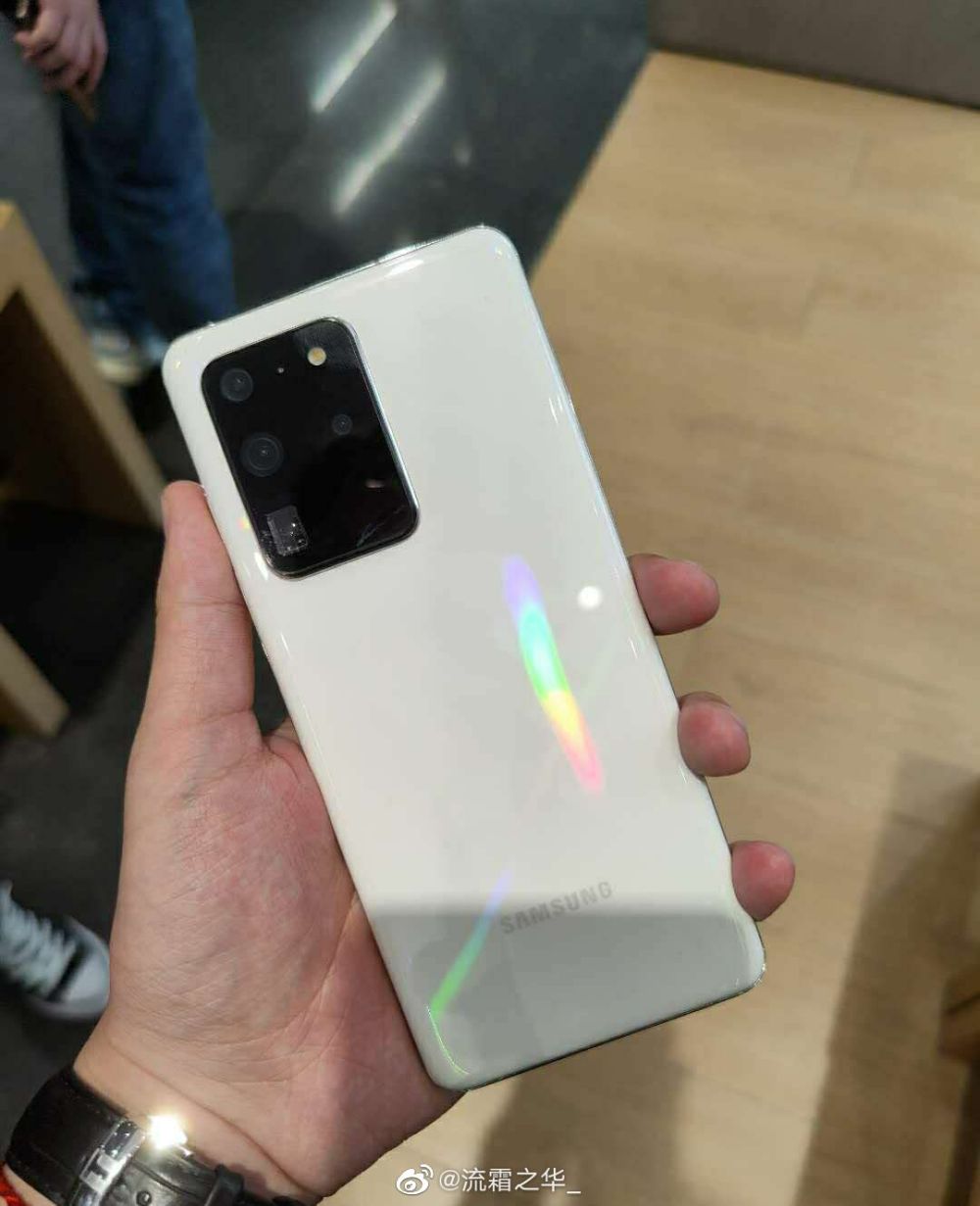