Was Samsung chief just caught with a stretchable smartphone prototype? 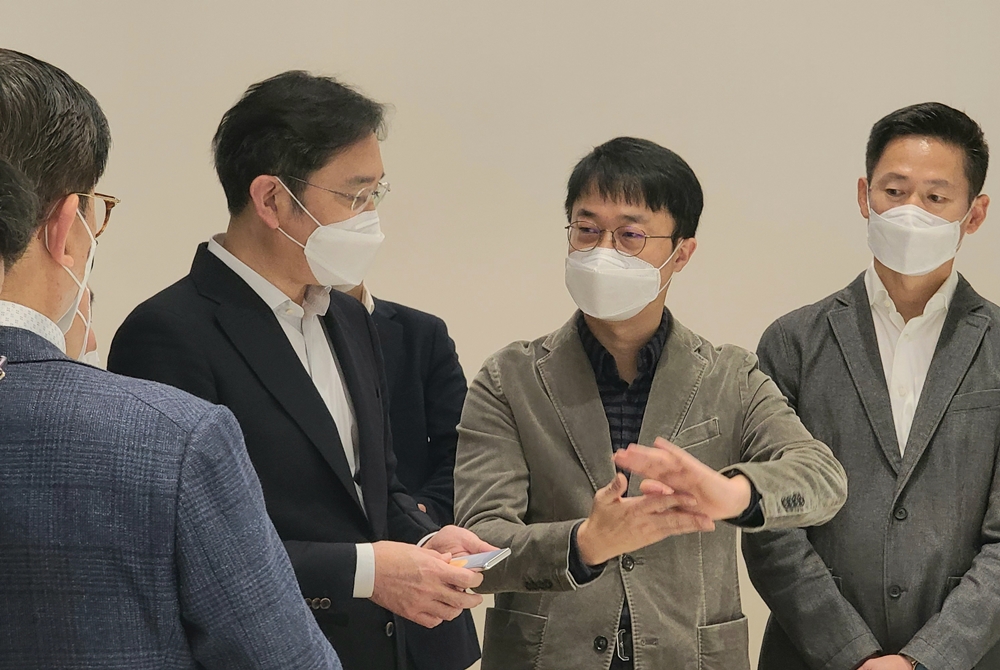 Samsung Chairman Lee Jae-yong knows a thing or two about returning to the public eye in style. His latest comeback happened less than a full day ago, bringing some interesting news about Samsung’s long-term design strategy.

What’s even more interesting, however, is the above photograph of Lee during his Thursday tour of Samsung’s main research and development center in Seoul. As the image shows the executive holding a curious smartphone prototype unlike anything else we have seen from the tech giant to date.

Speculation about the device in question is already running rampant, and the currently most popular theory among Korean media is that we are looking at a smartphone with an expandable display.

Do stretchable smartphones even make sense?

Rumors about such a device have been circulating the industry for a while now, albeit without any indication of whether Samsung is actually prototyping the idea. Then again, the possibility of yet another novel experiment with a flexible mobile display is hardly outrageous, seeing how adventurous-yet-calculated Samsung remains in its approach to bendable screen technology.

It’s debatable whether its first foray into such elastic display technology would even revolve around a smartphone or a more specialized device like a smart speaker.

And believe it or not, stretchable displays aren’t entirely new ground for Samsung. It’s actually been three and a half years since the company showcased its first such innovation – a 9.1-inch AMOLED display capable of expanding like it’s elastic.

This hopefully isn’t the last we’ve seen of this paper-thin device, though the claim that an expandable display is Samsung’s most bizarre smartphone idea ever is dubious at best. After all, it was only last month that we have stumbled on one of its designs meant to be bizarre enough that you can hear it.