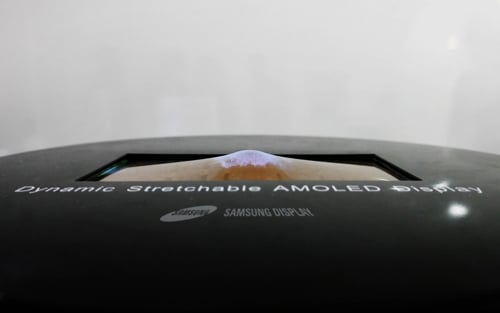 The PI that is formed on this 9.1-inch stretchable AMOLED display is on shrinkable film substrate. The stretchable area is patterned. A multi-touch sensor is integrated simultaneously with the structure in which TFT and OLED are formed on the patterned PI.

Samsung’s paper also revealed that stretchable AMOLEDs can be implemented in both convex and concave shapes, up to 12mm in concave shapes. The stretchable display will be usable for a variety of applications, including but not limited to clothing and even human skin as it’s not restricted by shape in any way.

Samsung is already the market leader for AMOLED displays and it’s constantly looking for new avenues to further extend its technological gap with competitors. While stretchable displays may not be seen on consumer devices for some time, the fact that Samsung is showcasing this technology is enough to see that it’s series about maintaining its dominance in the display market. 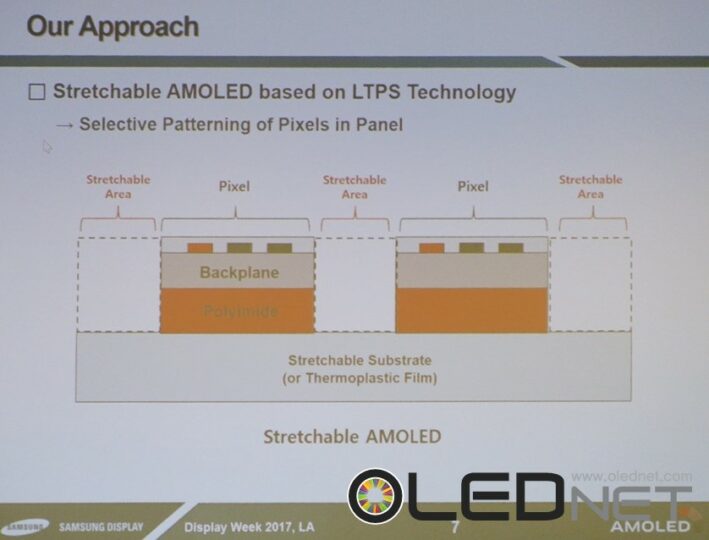 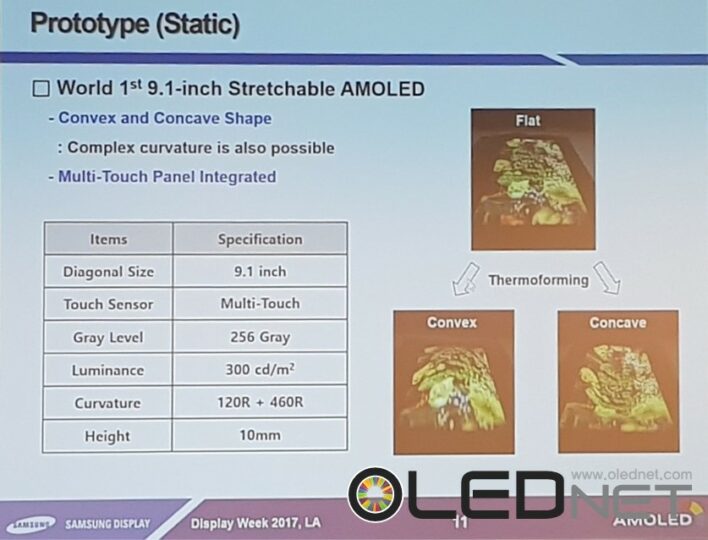