Want to get the most out of the new Galaxy Z Fold 3? Meet the Note Pack! 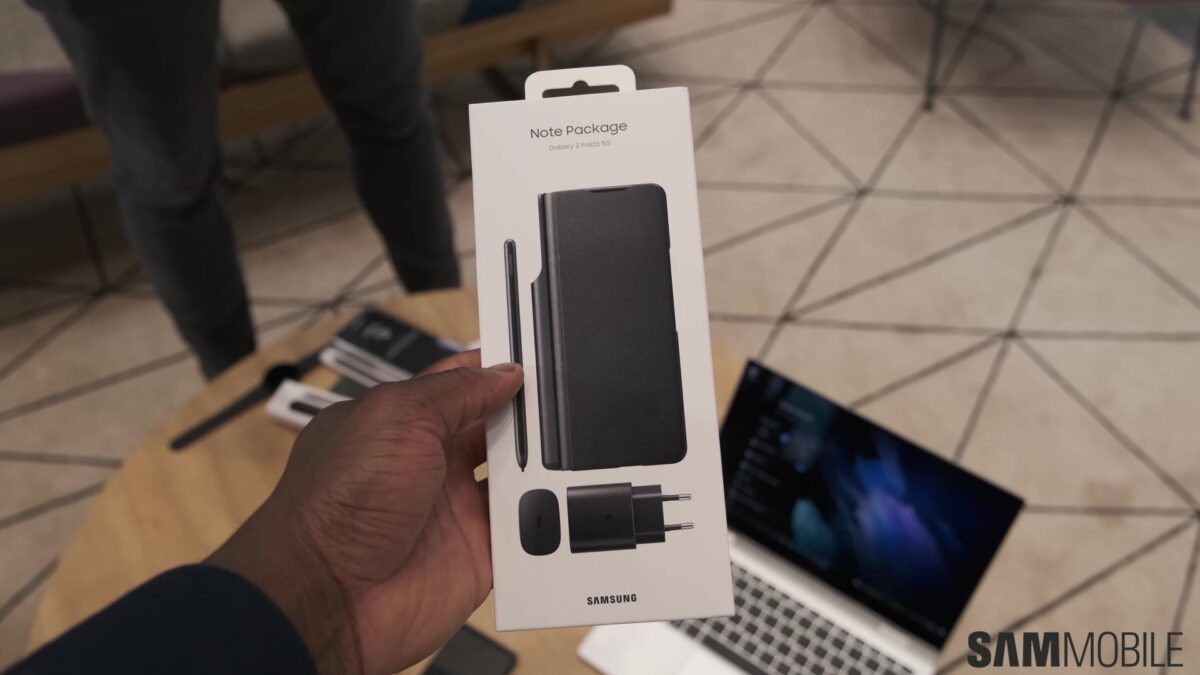 Samsung is well aware of the high entry barrier to foldable devices — after all, it’s Samsung who spent all that R&D money to develop foldable displays in the first place. Nevertheless, the company’s been working on lowering the price of foldables ever since the launch of the original Galaxy Fold. And with the Galaxy Z Fold 3, Samsung managed to bring the price down to $1,799 after shaving $200 off last year’s Galaxy Z Fold 2 price.

This is despite all of the improvements introduced with the new foldable flagship — things like water resistance, a more durable chassis, a brighter and stronger foldable display, an under-display camera, and the addition of S Pen support.

But as some of you may have already expected, given Samsung’s recent decisions, one of the ways in which the company brought the Galaxy Z Fold 3’s launch price down was by removing accessories from the retail box.

The new foldable phone doesn’t ship with a pair of earbuds or a wall charger, but Samsung is giving customers a USB-C port. Likewise, S Pen enthusiasts will have to buy the S Pen Fold Edition — with or without a case — or the S Pen Pro separately.

Alternatively, Galaxy Z Fold 3 buyers who’ll want some of these accessories will be able to save some cash by purchasing them in a bundle. Samsung’s offering one, and it’s calling it the Galaxy Z Fold 3 Note Pack.

The “Note Pack” name picked by Samsung for this bundle is not coincidental. It’s undeniably aimed at Galaxy Z Fold 3 customers who want to get more productive with their devices and add an S Pen into the mix.

The bundle includes a 25W wall charger and an S Pen Fan Edition paired with a case. Sadly, it doesn’t come with a pair of earbuds, but if you will be looking for an affordable solution, Samsung’s tried and tested AKG-branded USB-C wired earbuds are going to set you back an additional $29.99 on top of the Galaxy Z Fold 3 Note Pack’s price.

If purchased separately, a 25W Samsung wall charger costs $19.99 without a USB-C cord, while an S Pen Fold Edition costs $49.99 without the case.

Oh, and don’t forget; Galaxy Z Fold 3 pre-order customers in some countries get the Note Pack for free, so you might want to think ahead if you’ll end up buying these accessories later anyway.