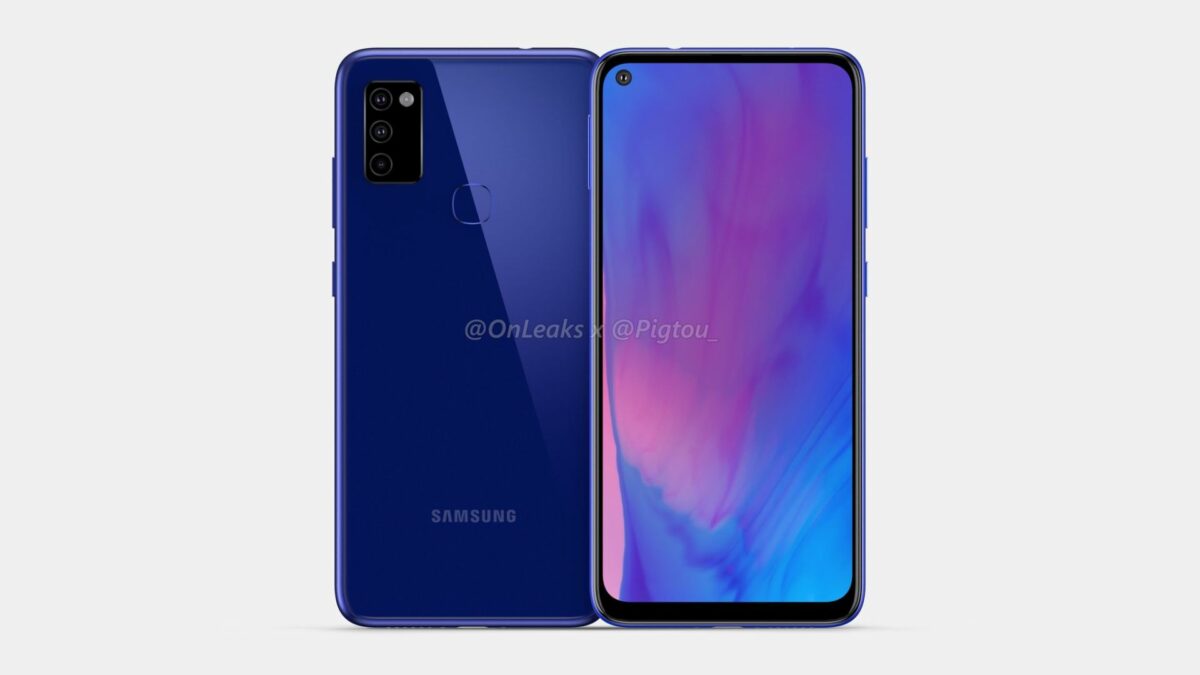 A handful of fresh renders of a mysterious Samsung smartphone emerged on Twitter earlier today, and it supposedly depicts the unannounced Galaxy M51 or Galaxy M41. The source behind these renders – Pigtou – is unsure of whether the phone would launch bearing the Galaxy M41 or M51 moniker, but describes it as a direct sequel to last year’s Galaxy M40. There are, however, a couple of inconsistencies worth pointing out, so we advise you to remain skeptical regarding the legitimacy of these renders. At least for the time being.

A 3.5mm headphone jack seems a bit too hopeful

To begin with, the smartphone at hand appears to have a 3.5mm headphone jack fitted on the top edge. This would be a welcomed addition in the eyes of many prospective buyers, but don’t get your hopes up just yet. Let’s not forget that the Galaxy M40 – the supposed predecessor to the so-called M41/M51 – lacks this feature, as we’ve pointed out early in our review.

Although it wouldn’t be impossible for Samsung to track back on its decision to remove the headphone jack, it would certainly be highly unusual. And even if we go along with the rumor/leak and assume that this phone would launch as the Galaxy M51 instead of the M41, it’s still unlikely for Samsung to fit a 3.5mm headphone jack on this device precisely because the M40 – an inferior model – doesn’t have one.

The mystery of the extra volume rocker

Then there’s the presence of not one but, two volume rockers, as pointed out by a Twitter user. It seems as though this device has two sets of volume buttons, one for each side, which doesn’t make a lot of sense. Or perhaps one of these buttons would have another purpose, but whatever it may be, it’s not explained by the source.

Other details include a rear-mounted fingerprint scanner, a triple main camera setup, an Infinity-O display with a corner cutout, and a USB-C port at the bottom, flanked by a speaker and a microphone. It certainly looks like a decent package, enough to draw attention, and maybe that was the whole point behind its conception in 3D render format. But as of yet, the chances of this device being real appear to be slim. It’s not impossible for it to exist, but we advise our readers to remain skeptical until more details emerge, and we can confirm or deny it.