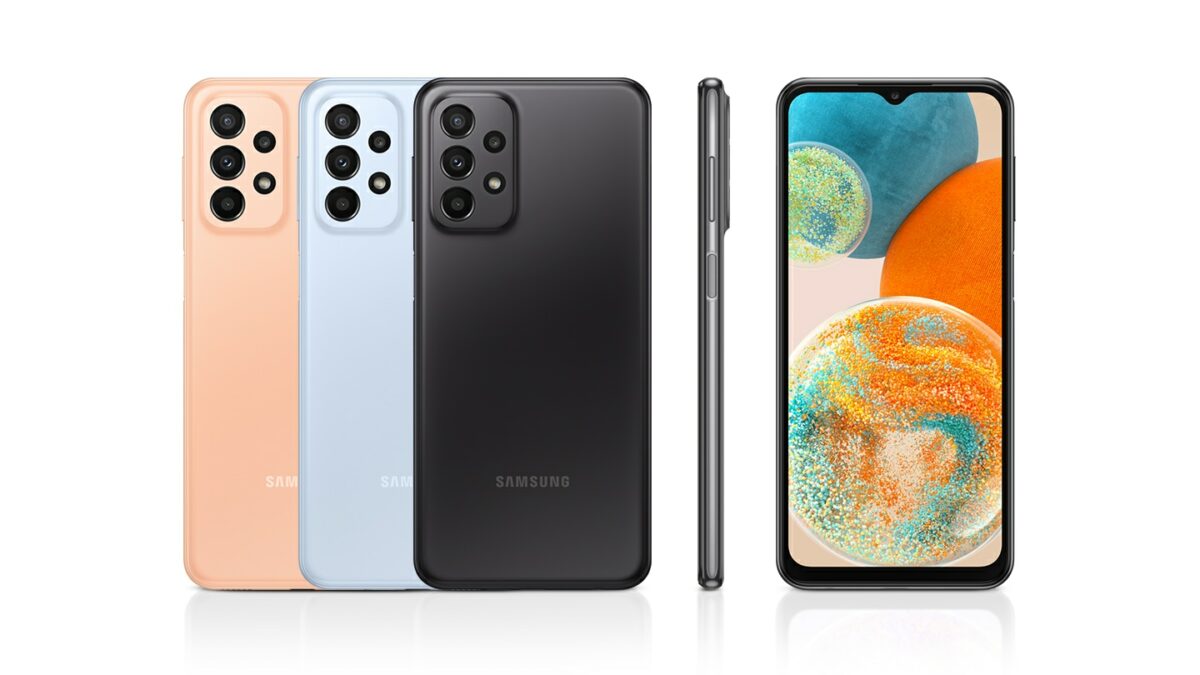 YouTube channel The Pixel has published a video detailing the possible specs of the Galaxy A24. We haven’t heard much, or anything at all, about the A24 till now, so this is the first rumor talking about the device, which will succeed the Galaxy A23.

However, this leak is highly suspicious. There’s a simple reason for that: the purported Galaxy A24 spec sheet has some huge downgrades over the Galaxy A23, which doesn’t make sense. For example, the Galaxy A24 is said to be powered by the 14nm Exynos 7904 chipset (accompanied by 6GB of RAM and 64GB of storage), which is considerably older than the 6nm Snapdragon 680G that powers the Galaxy A23.

The battery capacity, meanwhile, is said to be 4,000 mAh with support for 15W charging. The Galaxy A23 features a 5,000 mAh battery with 25W charging, and considering 5,000 mAh batteries are pretty much standard on most A series phones these days, it’s hard to imagine Samsung making such a downgrade.

Last but not least, the A24 will reportedly sport a 48MP rear camera with OIS (along with an 8MP ultra-wide and a 5MP depth or macro sensor). While the Galaxy A23 also features optical image stabilization, its main camera is a 50-megapixel sensor, meaning the camera would be yet another downgrade if this spec leak is true.

All that said, a few upgrades are apparently also in order (again, only if this leak is based on accurate sources). The front camera could be bumped from an 8MP one to a 16MP shooter, and the A23’s LCD display could be replaced with an AMOLED panel, once again with a 90Hz refresh rate.

Just how accurate these Galaxy A24 specs are is anyone’s guess – we’re highly suspicious about them, as we mentioned above. Our own sources tell us a Galaxy A24 5G is in the works, but we haven’t heard any details about what that phone might bring to the table. And it could be a while before we learn anything: the Galaxy A23 launched this year in March, so the Galaxy A24 could take nearly six months to go official.

Forget Galaxy S23, take a look at a Samsung phone that will sell a lot more

The launch of the Galaxy S23 series is something millions of folks have been waiting for, even though the leaks have pretty much made Samsung’s Unpacked event null and void as everyone already knows what to expect from the new phones. Of course, that isn’t to say everyone is going to buy a Galaxy S23-series […]

A more complete and seemingly accurate list of Galaxy A24 specifications has emerged, and thankfully, it doesn’t seem like the low-cost Galaxy A device will suffer the downgrades rumored before. The first alleged leak concerning Galaxy A24 specifications landed a few months ago, and we were rather suspicious about it, as many things didn’t seem […]

For several years now, some of the best cheap Android phones from Samsung have featured multi-sensor rear camera setups. A minimum of three and a maximum of four sensors have shipped on devices in the affordable Galaxy A series. They all normally include a primary and ultra-wide sensor in addition to a macro and depth […]