After expanding the Android 10 beta program for the Galaxy S10 to new markets yesterday, Samsung has started rolling out a second beta in countries where the program debuted earlier this month: the US, Germany and South Korean. It’s even available in the UK, where the beta program was launched temporarily. As expected, the second beta brings fixes for a slew of bugs in the first beta release; it comes with software version G97*USQU2ZSJF in the US, G97*FXXU3ZSJF in Germany, and G97*NKSU3ZSJF in Korea.

The first bullet point in the list of bug fixes is the most important one: The second beta includes the patch for the fingerprint flaw that enables the phone to be unlocked by any fingerprint when a certain type of silicone case is installed on the screen. This patch is available for those on Android Pie as an over-the-air biometrics update. The new beta update also fixes battery consumption and heat issues, force closes in Bixby Routines and the camera and keyboard apps, a bug that enables Dark mode even when it is deselected when a power saving mode is active, and a crash of the android.process.media process, among others.

The changelog for Germany mentions that the update adds some new features, such as slow motion for the front camera and a Auto Hotspot functionality, but all of these are already available in the first beta. In any case, if you own a Galaxy S10e, Galaxy S10, or Galaxy S10+, you can download the second beta update — ranging from 500 to 650 MB in size — from the Settings » Software update menu on your phone. 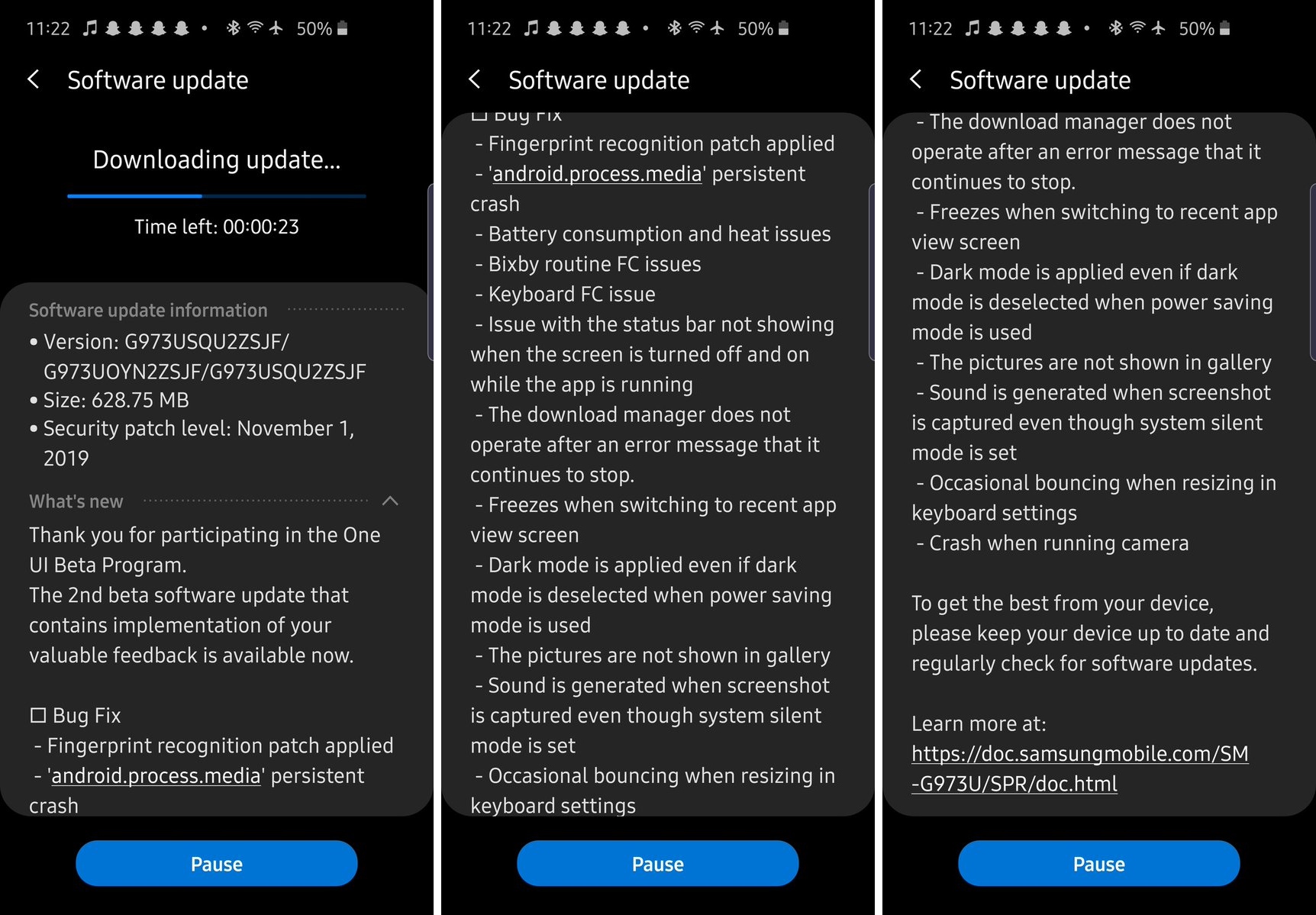 Why the Galaxy Watch 4 series launch is the greatest yet, at least in …