Google took the veil off the first developer preview of Android 11 earlier this month, and it looks like Samsung is already testing the new software on the Galaxy S10+. At least according to a recent entry in the Geekbench database, revealing the Galaxy S10+, model number SM-G975F, running Android R. The next version of Google’s mobile OS will likely be officially known as Android 11, but for now, the developer preview follows Google’s alphabetical naming convention and is being referred to as Android R.

The Geekbench entry doesn’t reveal any unusual details about the OS, evidently, nor does it suggest when the final OS version will be ready for a public release. But assuming that the database entry is legitimate, what it tells us is that Samsung was very quick to pick up the first developer preview and test it on its hardware.

This could translate into a timely Android 11 roll-out towards the end of the year, not necessarily for the Galaxy S10+ but for one of Samsung’s more recent flagship series, at least. Now, keep in mind that there’s always a chance – albeit remote – for a Geekbench entry to be spoofed, so we advised that not much has been set in stone so far, no even by Google.

Samsung was surprisingly quick to bring Android 10 to some of its smartphones before the end of 2019, especially given the relatively slow roll-out from previous years. Support has been stellar over the past six months, with a few exceptions such as the Galaxy Fold, and as yet, there’s no reason to believe that Samsung won’t try to bring us Android R as swiftly as it did Android 10. Just don’t expect any miracles before Google itself introduces the final Android 11 version to the masses.

As to what devices you can expect to receive the next version of Android OS, well, nothing has changed and Samsung continues to guarantee two major software updates for most of its devices. Therefore, if your Galaxy smartphone shipped with at least Android Pie out of the box then it’s technically guaranteed to receive Android 11 at some point. If it already got its two major software updates then it probably won’t make the cut for a third one. 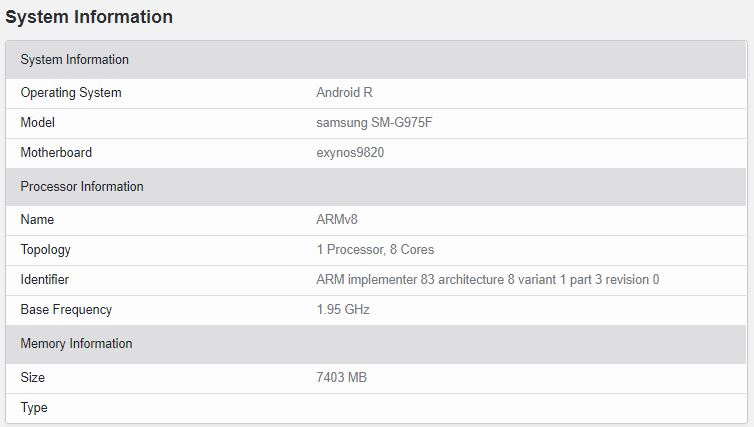