Samsung might never release the unannounced Galaxy S21 FE, but even if it won’t, we can be sure that pre-production models exist somewhere in Samsung’s labs. The phone was leaked plenty of times before, and Samsung seemed like it was getting ready to release the next FE-branded phone before the end of the year. That might never come to pass, but regardless, more documents found at the FCC (via @simransingh931) confirm that Samsung has at least developed the Galaxy S21 FE to the point where it was ready for the market.

The documents confirm that the Galaxy S21 FE (SM-G990E) — or at least the pre-production device — was manufactured at Samsung’s factory in Thain Nguyen. They also confirm that the smartphone was tested by the FCC between August 24-31. The FCC certificate was then issued a couple of days later, on September 2.

The papers further reveal that the Galaxy S21 FE is — or at least ‘was’ — planned to ship along with a 25W EP-TA800 travel adapter, a data cable, and a pair of earbuds. The international Galaxy S21 FE 5G was spotted at the FCC before, though this newer entry presumably has an Exynos SoC as opposed to one supplied by Qualcomm.

Time will tell if Samsung will release the Galaxy S21 FE or not, but if it won’t, it means that the company has pulled the plug on the device at the last minute. 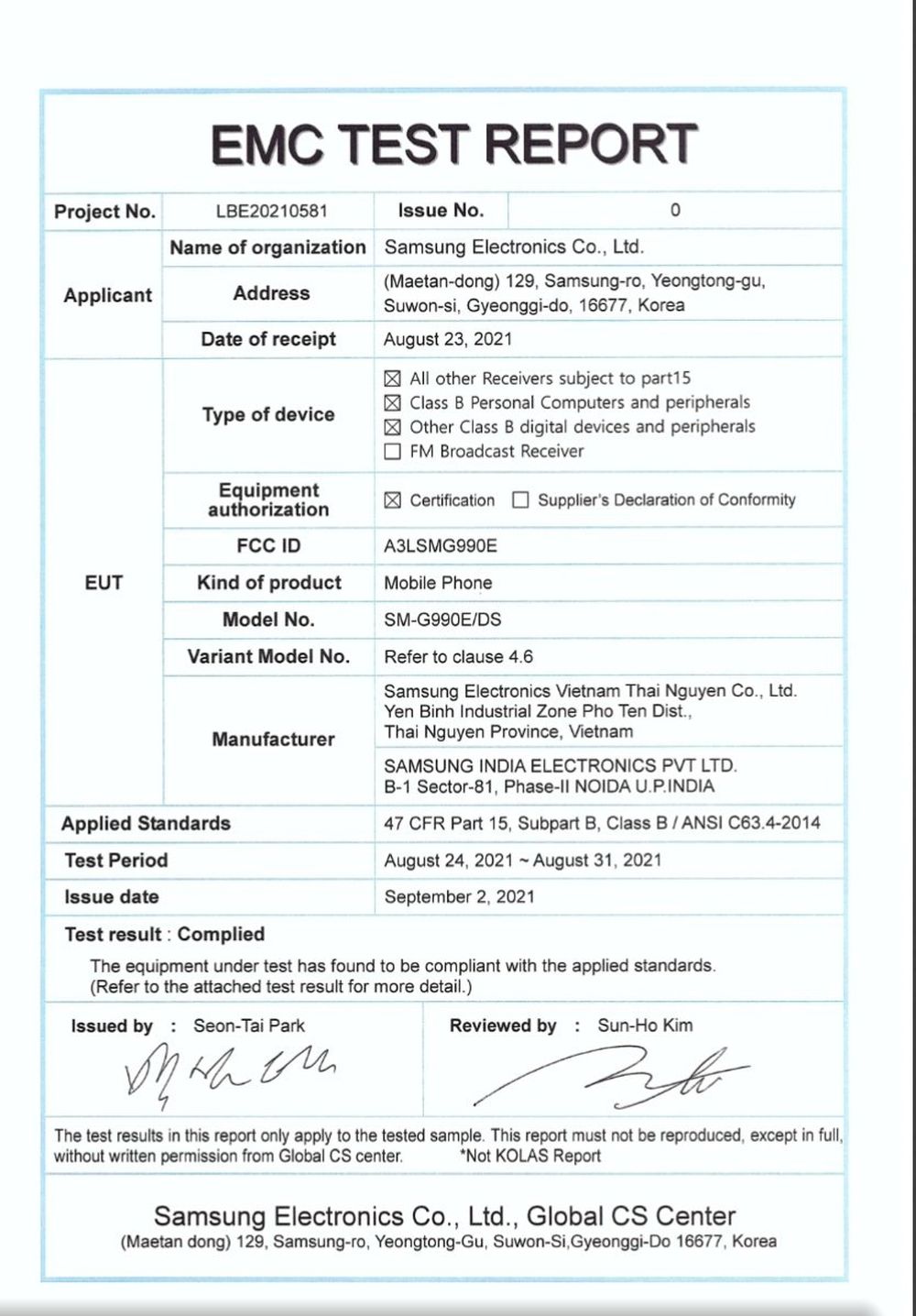 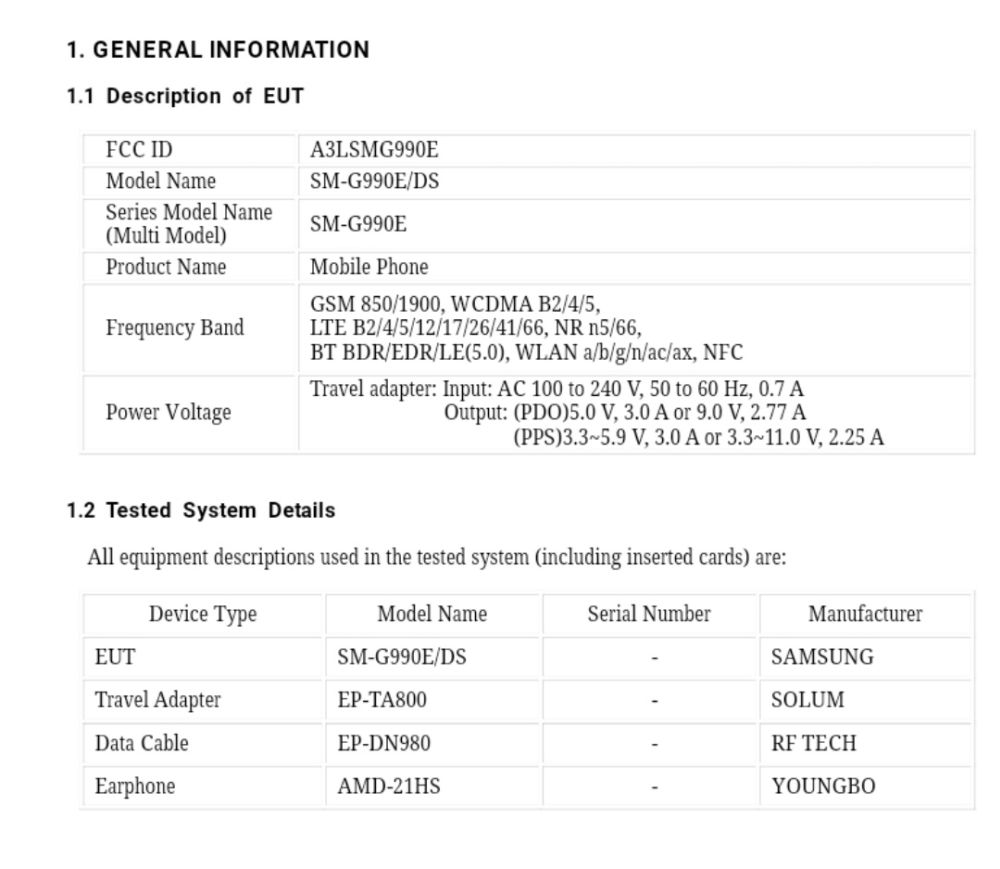