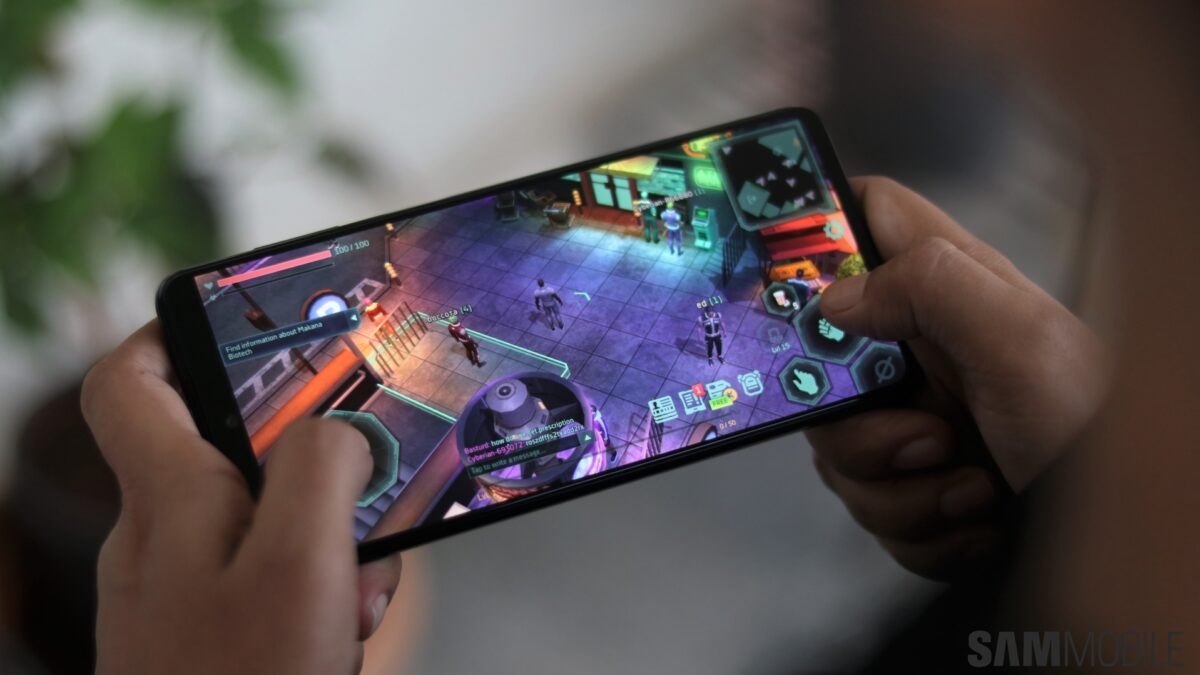 Samsung has officially responded to the controversy over the recent discovery that its phones artificially throttle the performance of apps and games. For those who missed it, it turns out that the Games Optimization Service (GOS) feature on Samsung devices throttles CPU and GPU performance in more than 10,000 apps and only really lets benchmark apps use the device’s full power, and it’s not gone down well with customers.

And, as we had suspected, Samsung says the reason for this is to prevent device overheating when apps or games are used over a long period of time (we’re assuming battery life is a consideration, as well). But Samsung has a solution for this, one it will be implementing in the near future. The solution is essentially a nerd button that will let you force GOS (through the Game Booster app that comes preloaded on Galaxy devices) to prioritize performance over everything else.

However, we’re a little confused as to what Samsung actually means here. The Game Booster app on Galaxy devices already has an option that lets you select whether the device prioritizes performance or battery life or strikes a balance between the two. Also, will users have to manually select the performance option for every app and game that they don’t want throttled by their phone or tablet, or will it be a device-wide setting that removes the throttling completely for everything?

We guess we will get more details going forward and once Samsung actually makes the necessary changes that let customers use their devices to their full potential. For now, check out the roughly translated statement Samsung has offered on the matter down below. 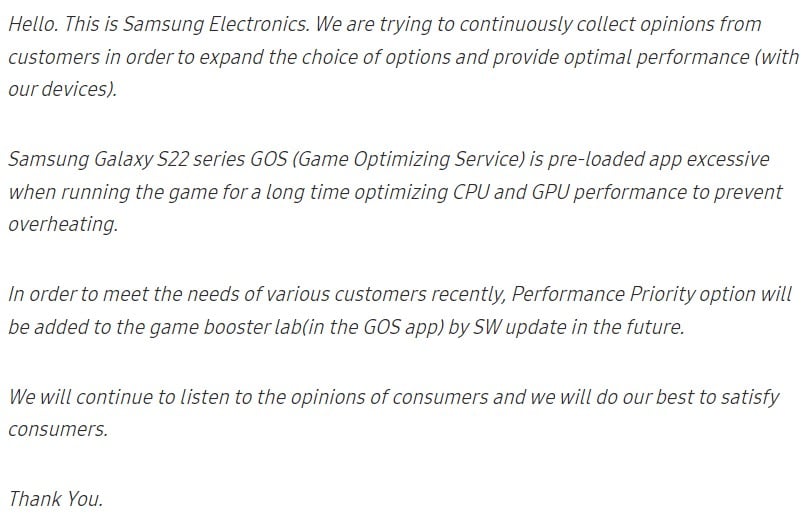