Since the introduction of the Galaxy S10 5G last year, Samsung has launched multiple 5G smartphones. In fact, the South Korean smartphone giant currently has the biggest 5G smartphone lineup compared to any other brand, and that seems to be paying off. According to new data, Samsung shipped more 5G phones globally than any other brand during the first quarter of 2020.

The Korea Herald’s report states that Samsung shipped around 8.3 million 5G smartphones worldwide during Q1 2020, topping the list. It captured 34.4 percent of the 5G smartphone market share during the quarter, defeating the likes of Huawei, OPPO, Vivo, and Xiaomi. Huawei was a close second, shipping around 8 million 5G phones and capturing 33.2 percent of the market.

Until earlier this year, Samsung only offered 5G versions of its high-end smartphones, such as the Galaxy Note 10, Galaxy S20, and Galaxy Fold. However, it recently launched 5G variants of its mid-range smartphones, like the Galaxy A51 and the Galaxy A71. The company’s own Exynos 980 chipset with an integrated 5G modem powers these mid-range 5G phones.

Samsung is also planning to launch a 5G version of the Galaxy Z Flip later this year. With the introduction of affordable 5G integrated mobile chipsets, relatively cheaper 5G phones will be launched in the coming months, leading to higher 5G smartphone adoption across the world. 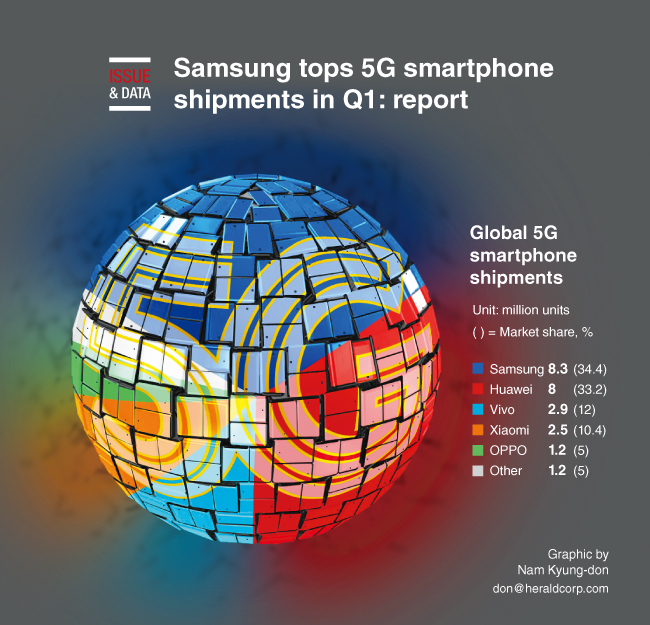