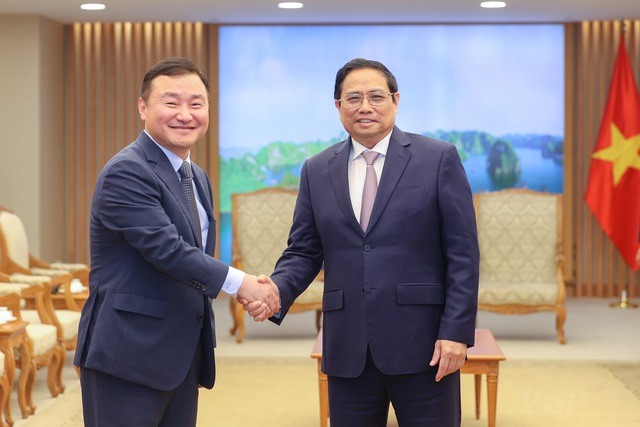 Last week, Samsung’s TM Roh and the Prime Minister of Vietnam met to discuss the Korean tech giant’s plans for a new R&D center in Hanoi and the local manufacturing of chip transistors by mid-2023. As it turns out, there was another reason behind Samsung’s recent visit to Vietnam.

Samsung seeks support for the 2030 Busan World Expo from Vietnam (via KoreaTimes). World Expo 2030 is a proposed fair to be held in 2030, but the location has yet to be established. So far, Italy (Rome), Ukraine (Odessa), Saudi Arabia (Riyadh), South Korea (Busan), and Russia (Moscow) have proposed bids to host World Expo 2030 — though Russia withdrew its proposal in May 2022 after the Russia-Ukraine war started.

World Expo 2030 will bring a lot of attention to its host city — whichever it may be — and Samsung appears dedicated to winning the bid for the city of Busan.

South Korea submitted its proposal for Busan a year ago. Last month, Samsung showed its support for Busan and installed digital signages and exhibits in 23 locations across the city to promote its bid for World Expo 2030.

Although World Expo 2030 is planned to debut in 2030, the host country will be elected much earlier, in 2023. Samsung is South Korea’s largest tech giant, so it makes sense for the company to want World Expo 2030 to become a Busan affair. And with Vietnam’s support, Samsung might seal the deal.