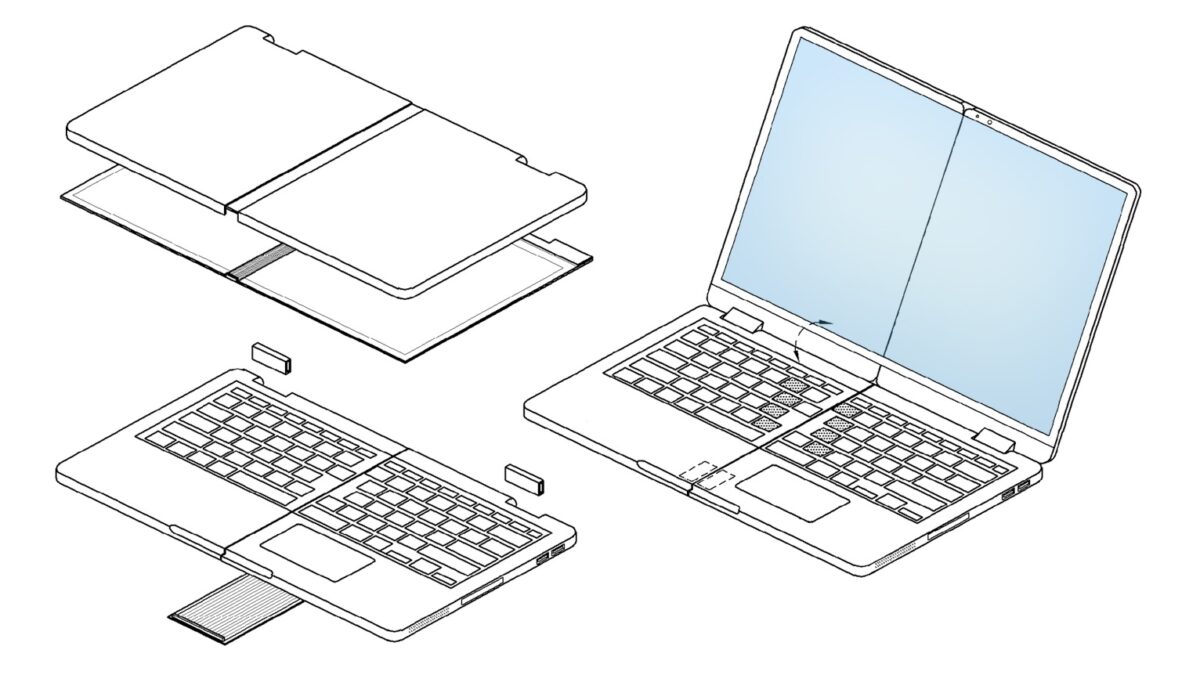 It’s no secret that Samsung is exploring all sorts of form factors for its revolutionary foldable displays. Samsung demonstrated several new concepts based on foldable display technology at CES 2022, including a foldable laptop, a couple of dual-folding phones, and a slideable handset.

Even so, the products that Samsung demonstrated at CES seem to scratch only the surface of what’s possible to achieve using foldable display technology. Samsung has other, more outlandish designs in mind, and one such design was recently approved and published by the World Intellectual Property Organization (WIPO).

The WIPO documents reveal a ‘multi-foldable electronic device’ designed by Samsung. It resembles a convertible laptop with a detachable display, except the latter can fold (see image gallery below).

Similar to other convertible laptops with a detachable, non-foldable screen, this unique foldable device designed by Samsung features two main components: a screen and a keyboard base.

What’s unique about Samsung’s convertible aside from its foldable display is that it has a keyboard base capable of splitting in half. The upper half of the device, i.e., the foldable display, has a conventional aspect ratio when unfolded, and it connects to the lower half through a couple of hinges.

Oddly enough, the lower keyboard half can also be split in two, with each half carrying its own battery and input circuits — though only one half conceals a processor and a microcontroller.

In theory, this convertible device could have a 4x smaller surface area when folded and detached, thus making it extremely compact and easy to carry around. And, of course, the upper half could always be used as a large foldable tablet without the physical keyboard attached.

There’s no guarantee that this mysterious Samsung multi-foldable device will be released, as WIPO applications don’t always turn into real products. Nevertheless, this application certainly gives us a better idea of the type of concepts Samsung is exploring. The application was filed in July 2021 and published by WIPO earlier today.