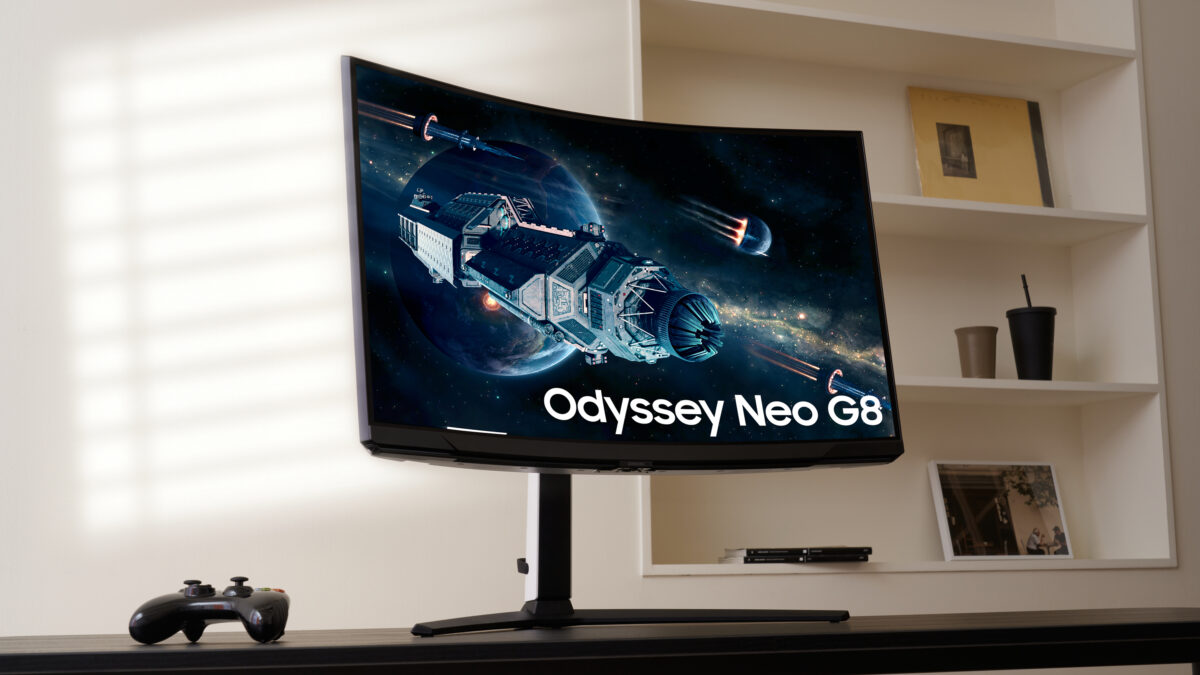 The Odyssey Neo G8 (G85NB) is priced at KRW 1.5 million (around $1,154) in the South Korean market. It is available starting today through Samsung.com and other online retailers. The company hasn’t announced any special offers for those who buy its new gaming monitor. It was launched in the US and some other markets last month.

Samsung’s latest high-end gaming monitor features a 32-inch Mini-LED display with 4K resolution, a 240Hz refresh rate, and matte coating. The panel is curved with a 1000R curvature. Since this is a gaming keyboard, response time matters a lot, and the Odyssey Neo G8 has a 1ms gray-to-gray response time. It is HDR compatible and can go as bright as 2,000 nits.

The contrast ratio is rated at 1,000,000:1, and it supports 4,096 steps of brightness control. The Odyssey Neo G8 also supports AMD FreeSynch Premium Pro. The monitor has two HDMI 2.1 ports and one DisplayPort 1.4. Its CoreSync feature synchronizes with the connected computer and matches the colors on the screen with the rear-facing RGB LED area.

The Odyssey Neo G8 also has a height-adjustable stand that can also pivot, swivel, and tilt. Its Auto Source Switch+ feature checks for active sources and automatically switches to that input.