It has been a few months since Samsung launched a new affordable tablet in the Galaxy Tab A series. However, a possible sighting of a new tablet from Samsung is being reported. The device, sporting model number SM-T5050, has been found in Geekbench’s database, and it appears to use a Snapdragon processor.

Going by the model number, it could end up being launched as the Galaxy Tab A 7.0 (2020), but only time will tell its real name. The upcoming Galaxy Tab A series tablet scored 317 points and 1,358 points in Geekbench’s CPU performance benchmark test. The tablet runs Android 10, has 3GB RAM, and uses a Qualcomm processor with codename ‘Bengal.’

Going by the information available in the kernel source code, Bengal has an octa-core Kryo 260 CPU (4+4 clusters) and an Adreno 610 GPU with a 980MHz clock speed. Both, the Snapdragon 662 or the Snapdragon 665, match the description. However, the one used in the SM-T505 seems to be the Snapdragon 662.

We can expect Samsung to launch more affordable tablets later this year, after the launch of its two high-end tablets: the Galaxy Tab S7 and Galaxy Tab S7+. 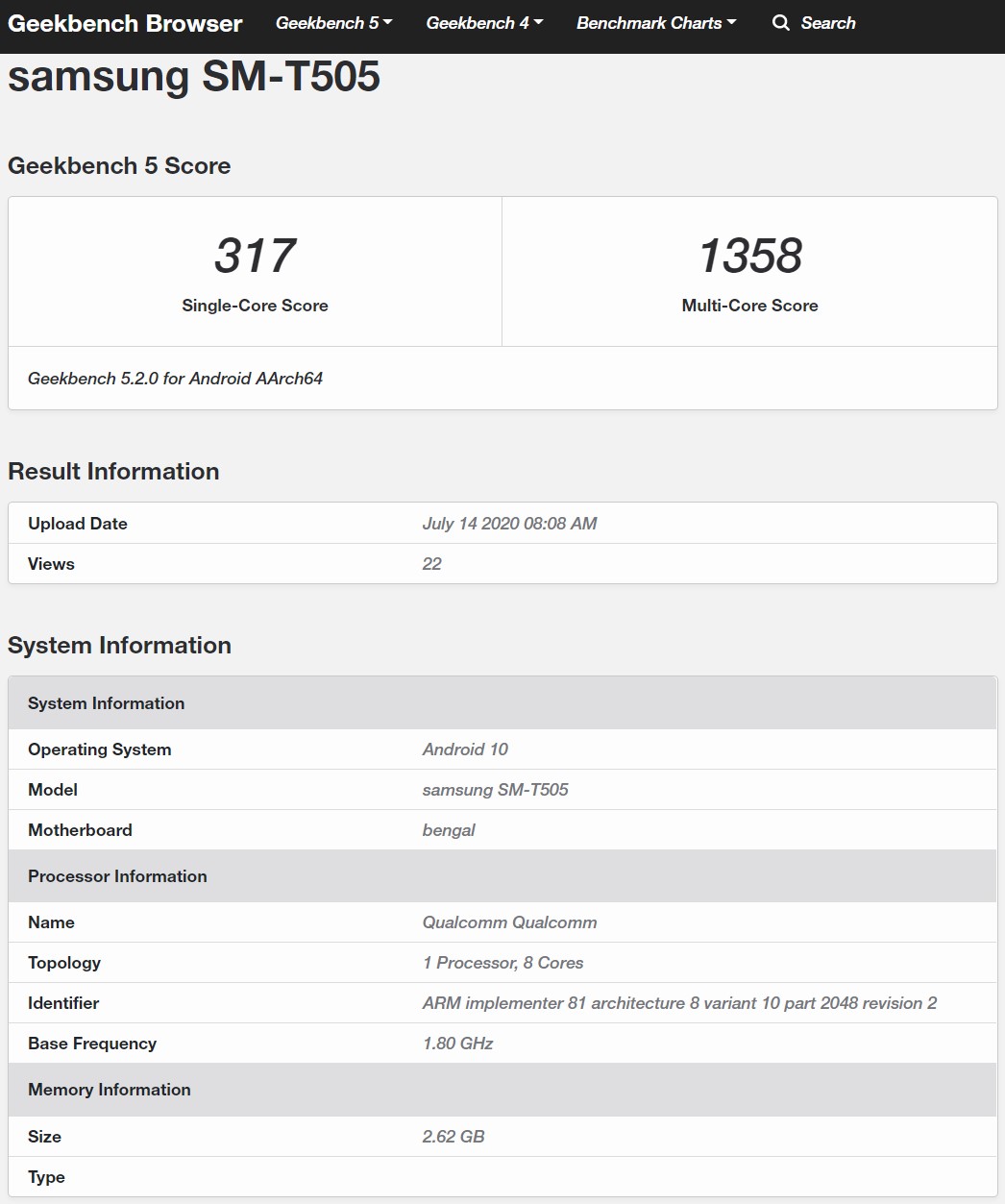 New Galaxy Tab A7 (2020) inches closer to release, but is it relevant?