Samsung revealed its latest plans for chipset fabrication a couple of months ago when we learned that the company had already started the mass production of 4nm-based chipsets. Earlier this month, we learned that the Qualcomm Snapdragon 8 Gen 1 SoC is manufactured by Samsung on a 4nm process, and according to a new report, AMD could also be turning to Samsung Foundry for its next 4nm CPU designed for Chromebooks.

According to a paper published by market analysis firm JP Morgan and shared on Twitter via @MarTheShark83, AMD “is likely to outsource a Chromebook CPU” to Samsung Foundry. AMD initially planned to collaborate with TSMC for the manufacturing of its Chromebook-grade CPU. But because TSMC has a limited capacity, AMD could partner with Samsung and use the Korean tech giant’s 4nm production line instead.

This Samsung-built 4nm AMD CPU for Chromebooks could enter mass production in late 2022. Furthermore, the market research firm believes that AMD could also partner with Samsung for the production of a 3nm-based GPU in 2023 or 2024.

The semiconductor market could still move in favor of TSMC

Although Samsung Foundry may win AMD as a client for a future 4nm Chromebook CPU and possibly a 3nm-based GPU, industry watchers estimate that TSMC — one of Samsung Foundry’s main competitors — won’t suffer massive casualties from losing these contracts. In fact, TSMC may be in a more favorable position than Samsung, as AMD core platforms for desktops, servers, and mobile will likely continue to be manufactured by TSMC rather than Samsung.

TSMC will reportedly benefit from semiconductor contracts with Qualcomm in 2022, 2023, and 2024. Furthermore, the chipmaker could earn back some market share from NVIDIA, the latter of which may collaborate with TSMC for the manufacturing of high-end gaming GPUs from the RTX 40X0 lineup.

Finally, Apple is also said to be the first to use TSMC’s “N3” production line in 2023 for chipsets designed for future iPhones, iPads, and Macs. Analysts estimate that TSMC will continue increasing its market share for the next 4-5 years. 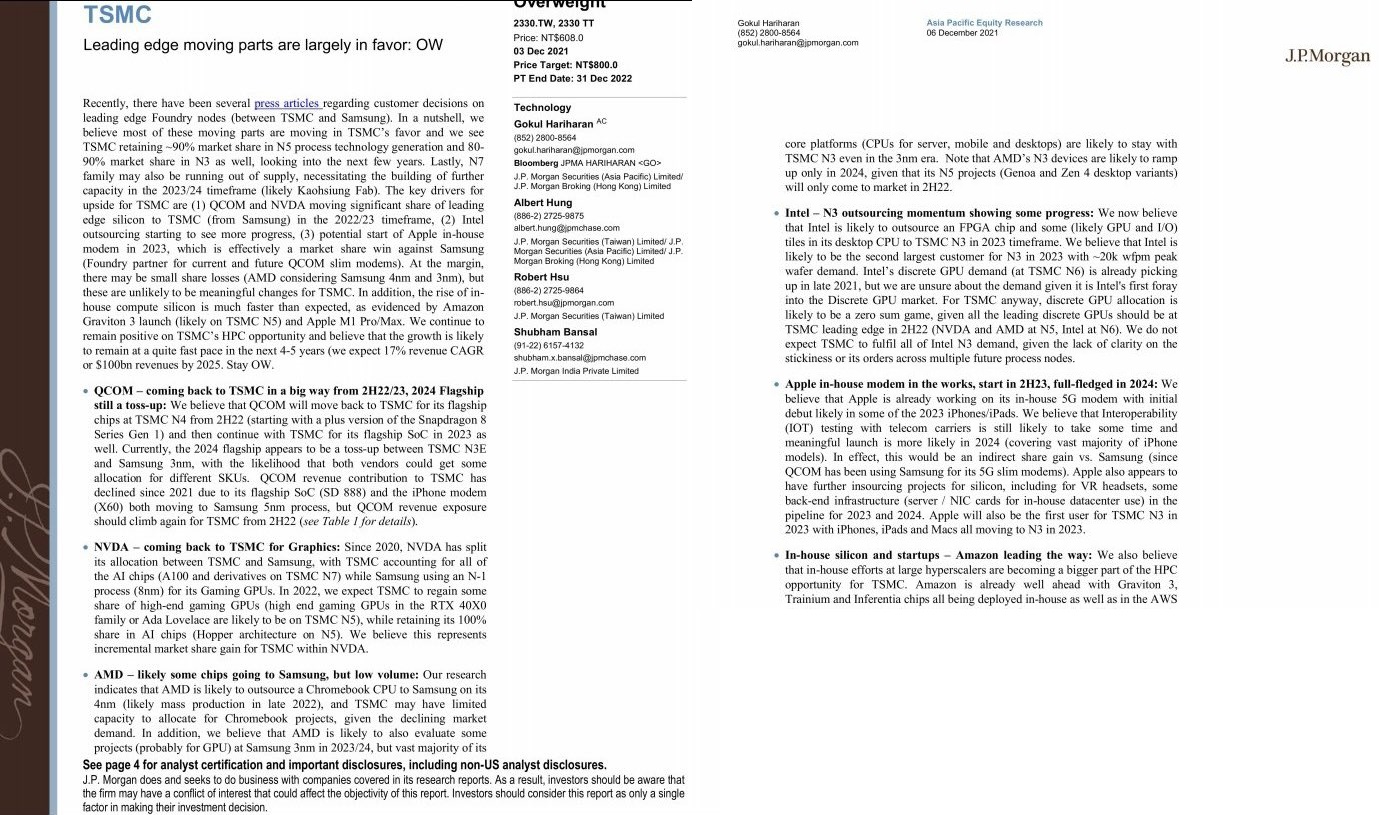