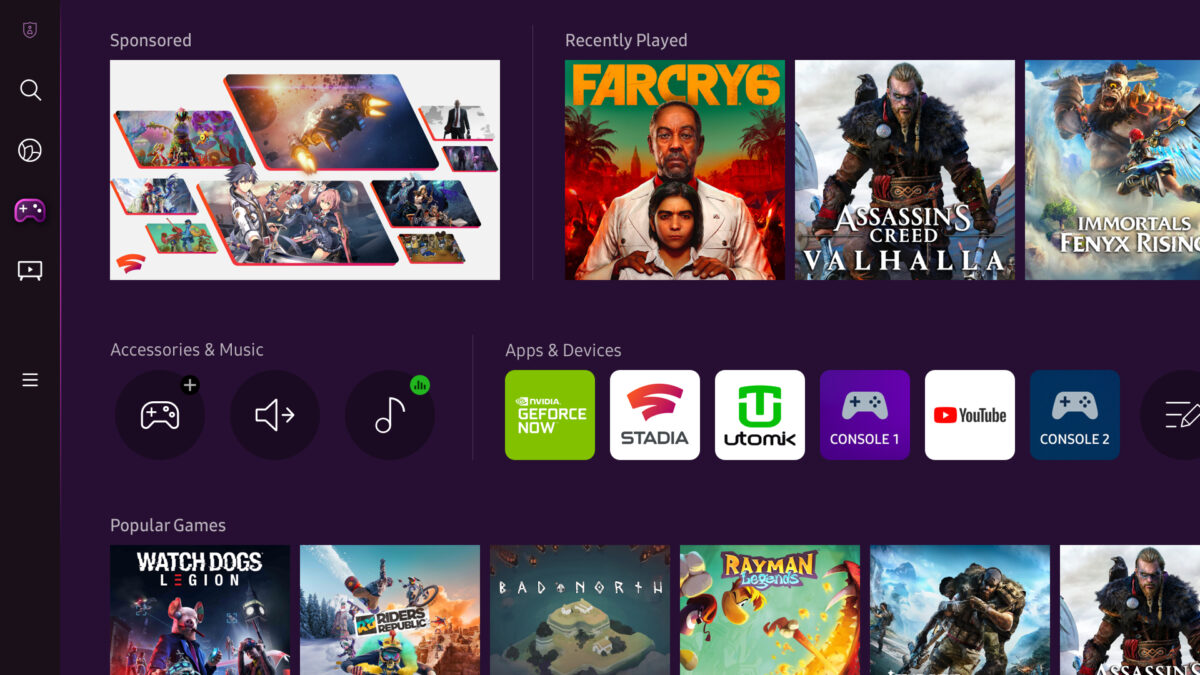 Samsung officially announced its new game streaming discovery platform, Gaming Hub, at CES 2022. Gaming Hub is essentially a new software platform that brings other gaming streaming platforms together in the same place, all the while offering gamers suggestions and ways to discover new content.

One of the biggest problems of being subscribed to multiple cloud gaming providers is that it’s becoming more difficult for gamers to keep track of their favorite games and/or their subscriptions. With Samsung Gaming Hub, smart TV users will gain easy access to gaming streaming services including NVIDIA’s GeForce NOW, Google Stadia, and Utomik, all in one place, without requiring any additional hardware — sans a decent gaming controller.

More game streaming platforms will be added to Gaming Hub

Cloud gaming allows you to play video games without needing powerful hardware, as long as you have a decent internet connection. Games are processed by powerful computers in the cloud and then live-streamed to the player in real-time. Generally speaking, cloud gaming doesn’t offer the same premium experience that can be achieved when rendering games on a powerful gaming machine locally, but it offers a way for people who don’t own powerful hardware to experience some of the most known games on the market.

Samsung announced today that other gaming streaming services will be added to Gaming Hub later, though it hasn’t named any brands.

Keep in mind that each gaming streaming service that will be available on the Samsung Gaming Hub is available on a subscription model that needs to be purchased separately. Each provider has pros, cons, and limitations. NVIDIA GeForce NOW goes as far as offering a free gaming streaming tier, though it’s limited to no RTX and short 1-hour gaming sessions.

Follow our social media channels and YouTube page to stay up to speed with all the interesting Samsung news from CES 2022.