We first reported three weeks ago that Samsung might be calling its next budget tablet the Galaxy Tab S6 Lite. A render of the tablet, bearing model number SM-P615, was later leaked online.

A fresh render of the Galaxy Tab S6 Lite has now appeared online, hinting at the possibility that a launch may not be that far off. Since this is a budget product, don’t expect much more than a press release announcing its arrival.

Even though it shares its name with Samsung’s flagship Galaxy Tab S6, it’s far from a slightly toned-down version of that tablet. The Galaxy Tab S6 Lite specs will include the Exynos 9611 processor that’s also found in mid-range smartphones like the Galaxy A50s. It will be available with 64/128GB storage and 4GB of RAM.

The latest render, posted online by @evleaks, gives us a good look at this upcoming tablet. We can see that all of its physical buttons are placed at the right side of the frame while the design itself doesn’t appear to be that different from the Galaxy Tab S5e. This new tablet will be accompanied by the S Pen so it’s going to allow users to do much more, courtesy of the stylus.

The Galaxy Tab S6 Lite has picked up some regulatory approvals recently, it has even cleared the FCC, so it may not be long now before it’s launched. Samsung also has a new flagship tablet in the pipeline which may be launched as the Galaxy Tab S7 or the Galaxy S20. It’s not due to arrive until at least the summer this year. 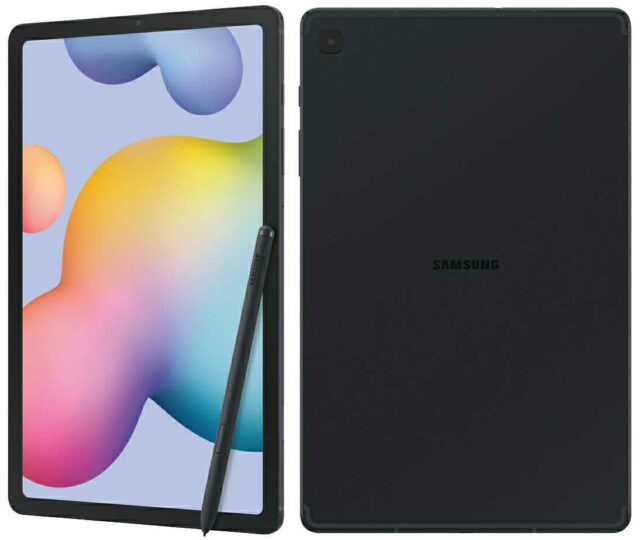