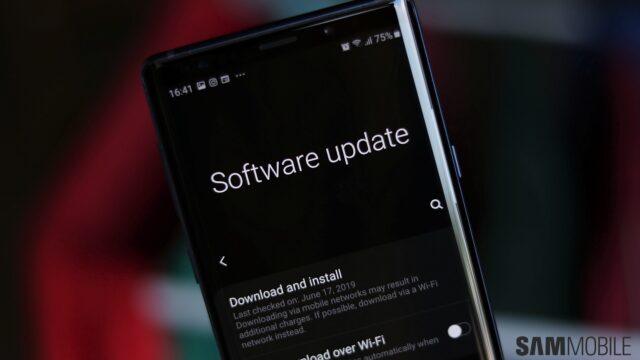 Samsung has now released the July security patch for the soon-to-be-two-years-old Galaxy Note 9. Like many times in the past, it’s German users who are getting the latest update first, with firmware version N960FXXS6ETG1 rolling out to their phones. Only the July security patch is included in the update – no other new features, changes, or improvements are part of the package.

The July security patch, detailed by Samsung earlier this week, fixes four critical Android OS vulnerabilities and 14 vulnerabilities that affect only Galaxy devices. Perhaps the most important fix in this month’s security patch is for the bug that was making Galaxy (and other Android devices) crash when a certain kind of wallpaper was applied. Some other vulnerabilities that have been fixed include a memory leak that could expose important data and an exploit that allowed unauthorized write access to the SD card.

The latest Galaxy Note 9 updated can be downloaded over the air using the Download and install option in the phone’s Settings » Software update menu. It’s only available in Germany for now but should soon be making its way to other countries. You can keep an eye out on our firmware archive to see if the update has been released in your country; you can also use the archive to download the latest firmware for manually upgrading your device.