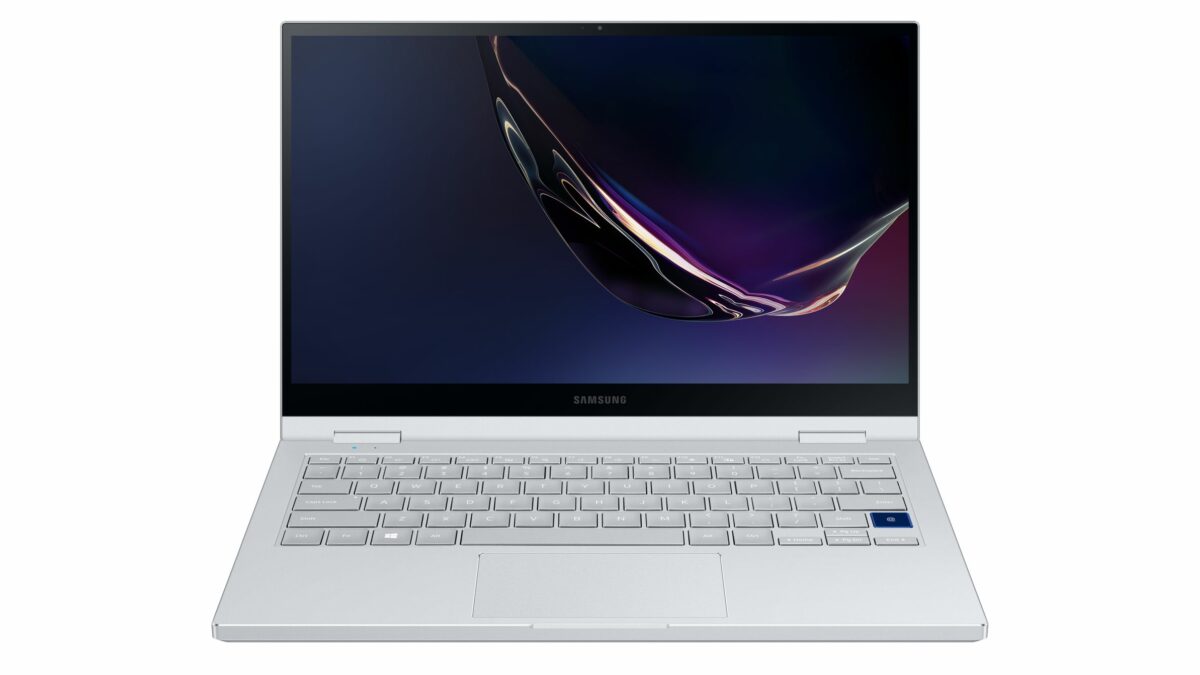 Samsung announced the Galaxy Book Flex α (alpha) today as a budget-friendlier alternative to the original model unveiled a couple of months ago. The new variant retains the 2-in-1 design and the overall look of the original model, but lacks a few features and has lesser internal specifications in favor of a lower price tag, making it the most affordable QLED laptop on the market with a launch price of under $1,000.

There’s nothing wrong with cutting corners to lower the price of a product, especially if doing so will allow you to cover more price points. Samsung does this with the Galaxy Book Flex alpha but retains the original model’s aluminum premium build and a few other characteristics like the 13.3-inch FHD QLED display.

One of the more unique features that set both the Galaxy Book Flex and Book Ion apart from other laptops was the inclusion of Wireless PowerShare. The Galaxy Book Flex alpha seemingly does away with this feature, and although this may be disappointing for a relatively small number of Galaxy smartphone owners, it’s not necessarily a bad thing for prospective buyers who don’t own a Galaxy smartphone boasting Wireless PowerShare. These customers would’ve paid extra for a feature that they cannot use, so while the lack of Wireless PowerShare will let some people down, it might be good news for others. 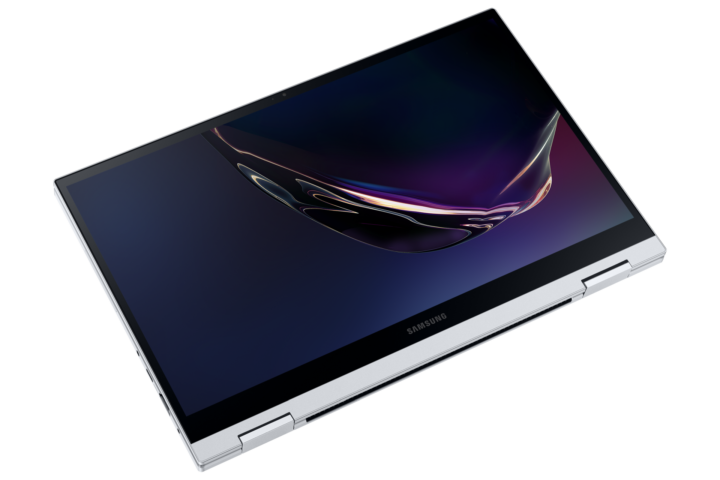 The removal of Wireless PowerShare may have also allowed the OEM to fit the device with a smaller battery without making huge compromises to battery life. The new model has a 54Wh battery as opposed to a 69.7Wh unit but still promises up to 17.5 hours of battery life on a single charge.

Likewise, the Galaxy Book Flex alpha doesn’t come with an S Pen, however, prospective buyers will be able to purchase one separately.

Under the hood, there’s a 10th generation Intel Core CPU coupled with Intel UHD graphics and 8GB or 12GB of DDR4 RAM. Samsung offers three storage configurations including 25GB and 512GB HDDs, as well as up to 1TB SSD (MVMe) similar to the full-fledged model.

The 2-in-1 has stereo speakers, a backlit keyboard featuring a fingerprint scanner, a 720p camera, one USB-C and two USB 3.0 ports, an HDMI output, and a microSD card slot.

The Galaxy Book Flex alpha comes only in Royal Silver and will become available for purchase in the United States in the first half of 2020 for a starting price of $829. The full-fledged model is already available in South Korea for the starting price of $1,470, so, in contrast, the company managed to lower the price for the Galaxy Book Flex alpha considerably by abandoning some key features or making them optional. It’s seemingly a good compromise for the sub-$1,000 price range; one that makes the Book Flex alpha an interesting proposition given its QLED display. 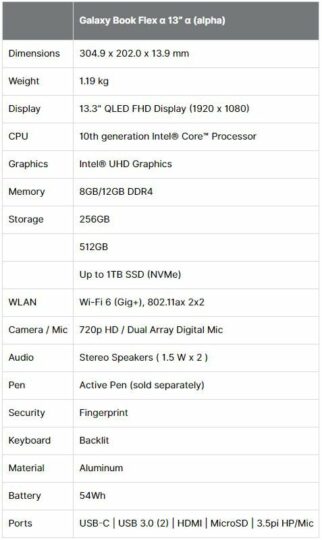