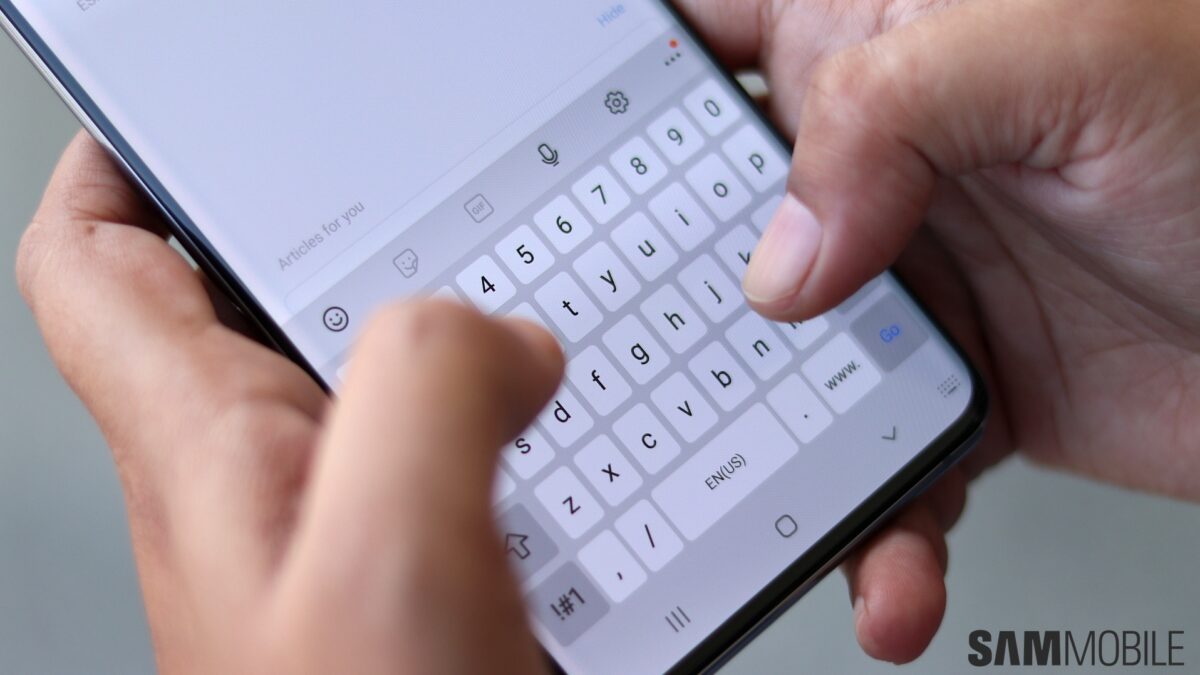 As someone who uses different Samsung phones to review them, I tend to backup and restore my data from one device to another quite often. Samsung Smart Switch is just an amazing tool for transferring content from one device to another, and for things like my contacts, I depend on sync through my Google account. Samsung Cloud also comes into the picture, but only for syncing my custom Samsung Keyboard settings and saved words.

Or, well, Samsung Cloud used to come into the picture. It doesn’t anymore, and that’s because Samsung has removed the option to sync keyboard data through Samsung cloud for some reason. Yes, if you switch to a new Galaxy phone or tablet from an older Galaxy device and use Samsung Keyboard, you will have to manually customize its settings, add all your saved words, and wait for it to learn your typing patterns to offer proper prediction again.

Seems to be a One UI 2.1 limitation

The option to sync keyboard data seems to be missing only on devices running One UI 2.1. I’ve used the Galaxy S20+, Galaxy S20 Ultra, and Galaxy Z Flip this year, and none of them synced my keyboard data or even have the option to enable or disable keyboard sync in Samsung Cloud (found in the Settings » Accounts menu on the device).

Regular customers don’t change phones nearly as often as I do, but if Samsung has removed keyboard sync for good, it does mean your data won’t be carried forward whenever you buy a new Galaxy smartphone or tablet in the future, whenever that might be. It might just be a bug or an accidental removal, and we have reached out to Samsung for a comment to find out what’s actually the case.

A permanent change? Let’s hope not

I certainly hope this isn’t a permanent change. I’m quite used to Samsung’s keyboard app despite all its nuisances (like the horrible swipe accuracy) and would hate to have to switch to a different keyboard. The same probably applies to millions of customers out there, who use Samsung Keyboard because they like it or because it comes set as the default keyboard out of the box. Again, this is hopefully a temporary issue and not a permanent one, and we’ll let you know what’s what once Samsung gets back to us on the matter.