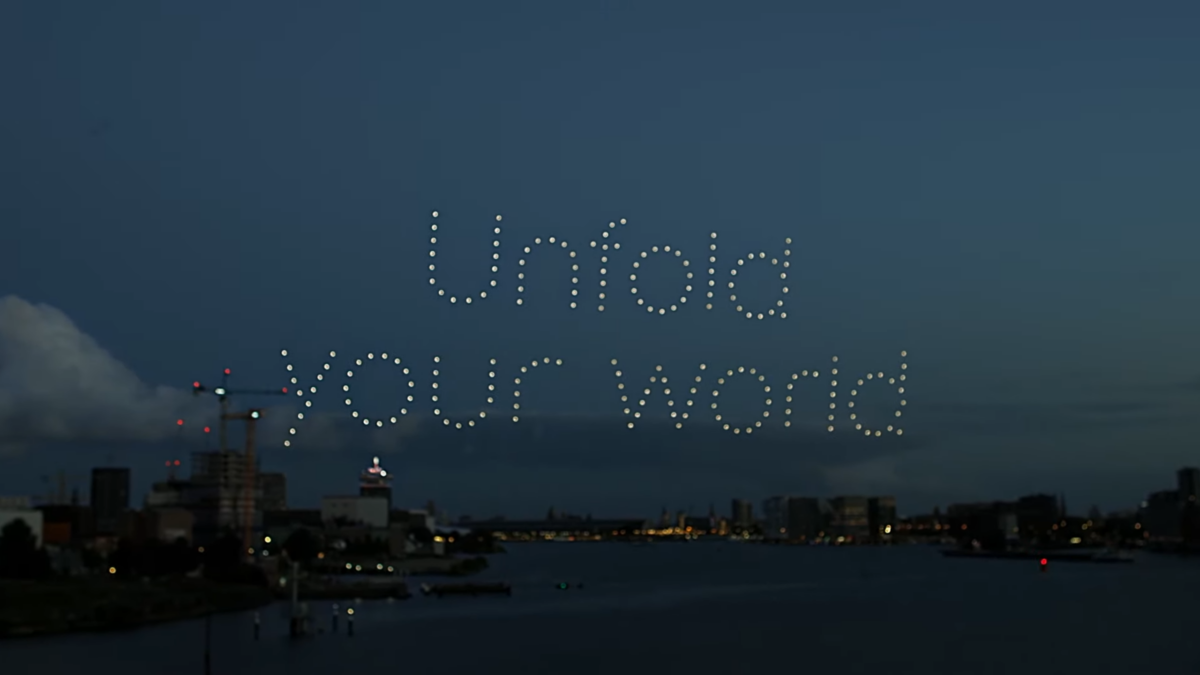 Drone shows are still somewhat of a rarity, despite the widespread availability of drones. Samsung even uses them to deliver some of its smartphones. Coordinating one can be especially frustrating, given that there are quite literally a lot of moving parts involved. Samsung Netherlands put up one hell of a drone show centred around its newest foldables, the Galaxy Z Fold 3 and Galaxy Z Flip 3.

Things begin to get a lot more exciting once the Galaxy Z Flip 3 is introduced. We can see two clamshell-like devices orbiting each other before unfolding into two Galaxy Z Flip 3s, which proceed to text each other and even manage to capture a selfie.

The show ends with the drones forming to what appears to be a scannable QR code and then implores users to find out more about the foldables at Samung.com.

So far, the Galaxy Z Fold 3 and Galaxy Z Flip 3 have been fairly well-received, even in budget-conscious markets like India. Given the tepid Galaxy S21 series sales and the fact that there is no Galaxy Note device due this year, Samsung’s mobile division is banking on foldable sales to make up for the deficit. Things look good so far, but only time will tell if they met Samsung’s sales expectations.