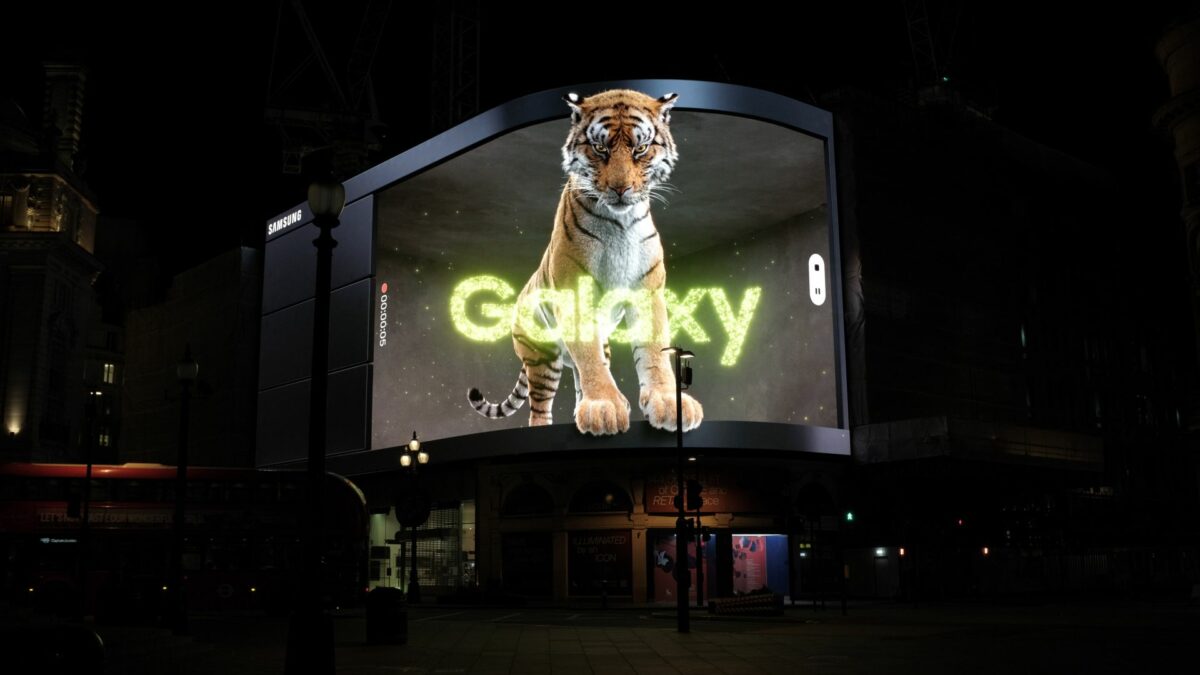 Samsung calls this the “Tiger in the City” campaign for a couple of reasons, the first of which being that China has officially entered the Year of the Tiger. The billboards, located in New York, London, Dubai, Kuala Lumpur, and Seoul, will light up with a giant 3D render of a roaring tiger.

But this is not just about the Year of the Tiger. The company also draws a parallel between the tiger’s powerful night vision and its low-light mobile cameras. In addition, Samsung claims to have picked the big cat to represent its latest campaign as a way to show customers that it embraced its “own innovative past following over a decade of refusing to play it safe.”

This isn’t the first time Samsung had put the tiger at the forefront of its campaigns. The company now uses the ‘TIGER’ acronym for its latest strategy to beat Apple in the USA this year. Furthermore, Samsung recently carried out a promotional campaign for the Galaxy S21 Ultra by using only the flagship phone’s cameras to film a short wildlife documentary on tigers in the lush jungles of India.

The Galaxy S22 series will be unveiled on February 9. It should go on sale later this month, though, recent rumors indicate that Samsung may be forced to delay shipments for the base and Plus models.