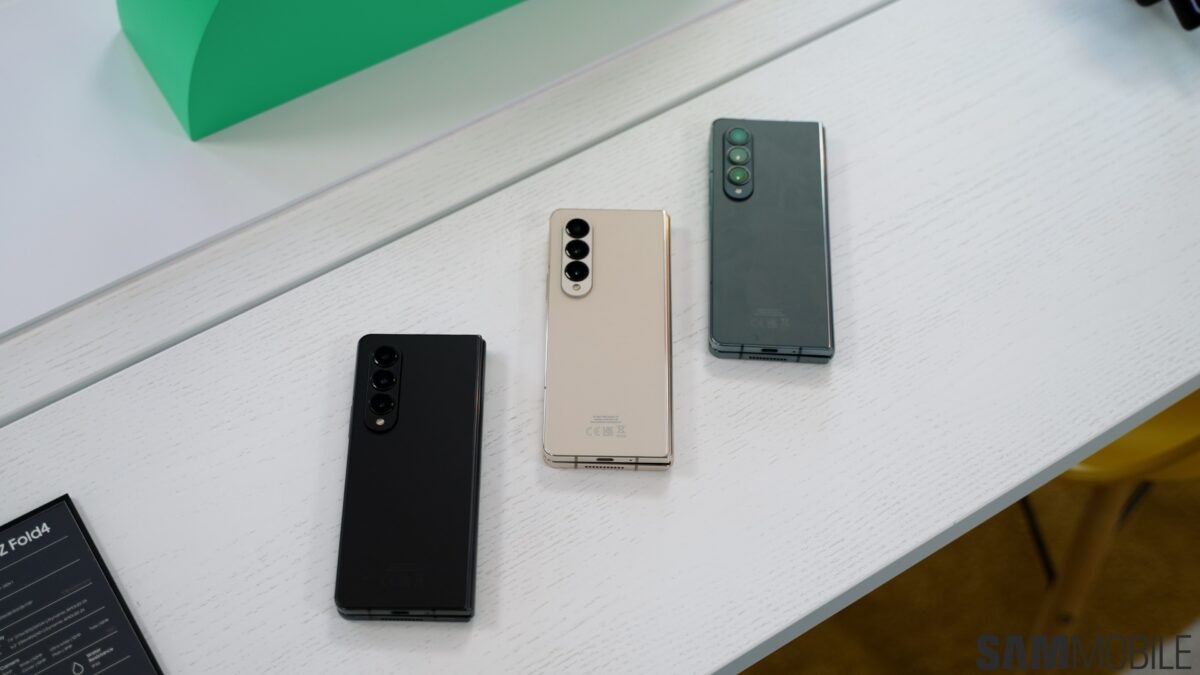 The Galaxy Z Fold 4 has been officially unveiled today. Samsung has confirmed all of the details that we had only heard rumors about before. What most people are interested in now is finding out how they can pre-order the device, when it will be out, and how much does it cost.

Galaxy Z Fold 4 will be released on August 26

Samsung confirmed during its Unpacked 2022 event that the Galaxy Z Fold 4 pre-orders are open starting today. Customers can pre-order the device through Samsung.com as well as through its retailer and carrier partners.

Samsung has also confirmed today that the Galaxy Z Fold 4 will be released on August 26 in select markets. This should include major markets across North America, Europe, the Middle East, and Asia. The device is available in Phantom Black, Graygreen and Beige colors. Like the 1TB variant, the Burgundy color is only available through Samsung.com.

Customers who pre-order the Galaxy Z Fold 4 will receive one complimentary year of Samsung Care+. This will provide them with discounted screen repairs in addition to expert Samsung support in 51 countries. They will also receive a $150 e-voucher to purchase any other product from Samsung.com.