We know that Samsung will conduct an Unpacked event in the near future to unveil its new devices. The company has a lot of new stuff up its sleeve. There’s the new foldable smartphones, a pair of wireless earbuds and a new smartwatch.

The company has yet to confirm when the event will take place. Earlier indications have pointed to August 11 as the potential date. Today’s leak basically confirms that the Galaxy Z Fold 3 and Galaxy Z Flip 3 launch will indeed take place on August 11.

Mark your calendars for August 11

This leak appears to be a teaser that was posted on one of Samsung’s regional websites. It clearly mentions that the next Galaxy Unpacked event will take place on August 11 at 17:00 Moscow time. That would make it 10 am on the US East Coast and 3 PM in London.

The teaser also includes silhouettes of devices that are clearly the Galaxy Z Fold 3 and the Galaxy Z Flip 3. It’s not like the launch of these devices at the event would have caught anyone by surprise. Samsung will be unveiling both new foldables at the same event.

Customers will likely be able to place pre-orders that same day or the following day. Several leaks have highlighted the possibility that the new foldables will be released on August 27. That’s plausible because Samsung usually leaves about a two-week gap between the announcement and the release.

This Unpacked event will be conducted virtually as well as all of Samsung’s events in the past year. The company isn’t quite back to in-person events just yet. You’ll be able to tune into the live stream on YouTube while also keeping up with the coverage here at SamMobile. 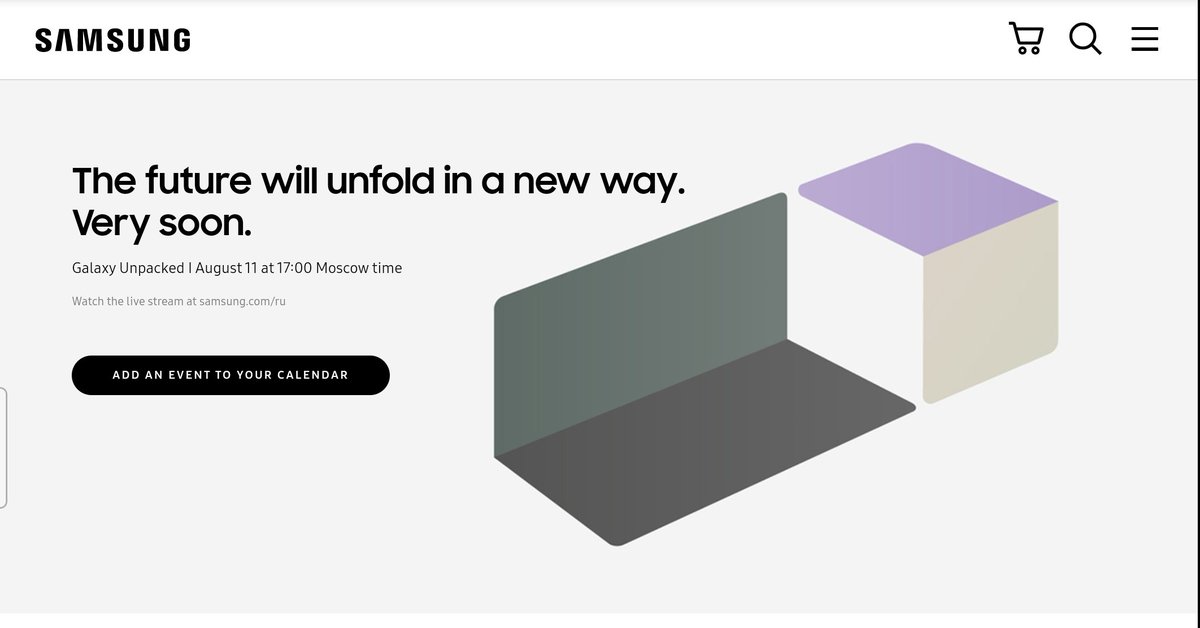