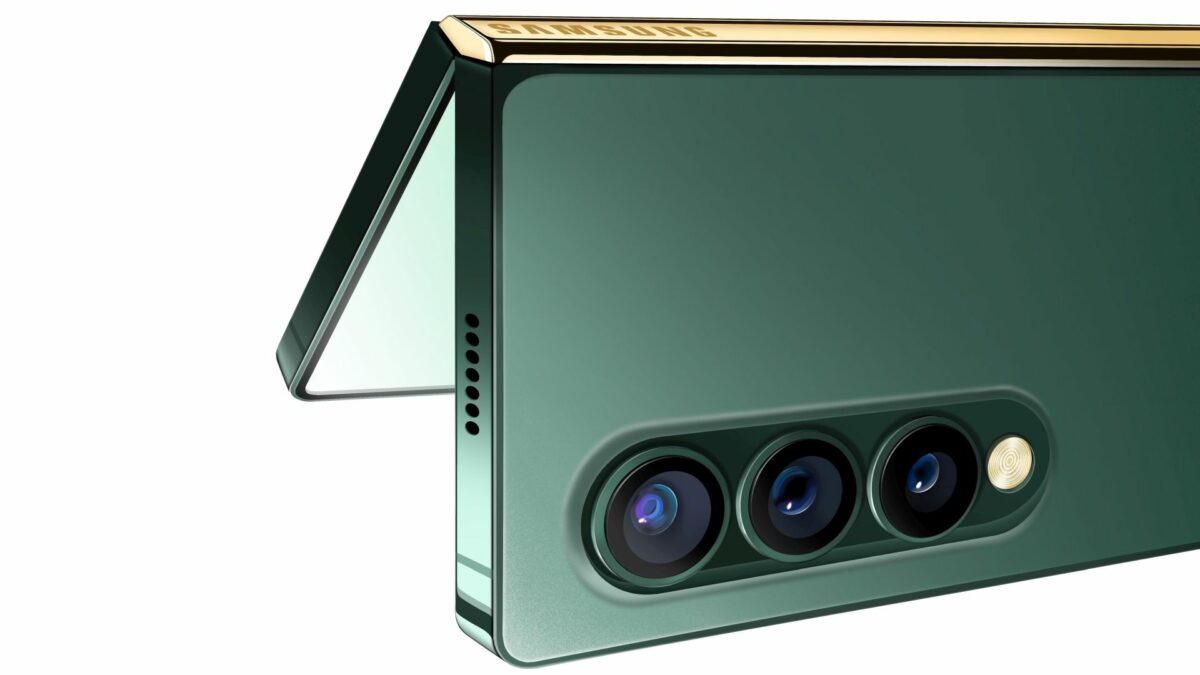 The source of these new concept images claims to have created them based on a few leaked details. However, they shouldn’t reflect the final design. These are not official press renders that got leaked ahead of time, and some design details were made up to fill in the gaps.

A Galaxy Z Fold model with flat edges all around

The new renders depict a vertical main camera setup with three sensors and an LED flash, same as the previous images. However, the latest concept renders give us a glimpse of what the Galaxy Z Fold 3 would look like if it had flat instead of rounded edges.

The design is somewhat iPhone-esque and looks interesting, to say the least, but it’s probably not something that Samsung is aspiring to. Historically speaking, Samsung was never a big fan of flat edges for the Galaxy smartphone lineup. Most of its smartphones have rounded corners. The Galaxy Alpha (released in 2014) was probably the company’s last true attempt at a design with flat edges, and even those were chamfered.

Then again, Samsung has adopted flat edges for its more recent flagship tablet models like the Galaxy Tab S7 series, so it’s not like the company hasn’t experimented with this design detail in recent years. The Galaxy Z Fold 3 is kind of a tablet in itself, so it would make some sense if it had flat edges as depicted in these fan concepts.

Do you think the Galaxy Z Fold 3 would look better with flat edges, or do you believe that Samsung should stick to what it knows best?