Google has reconfirmed some of the Galaxy A03s specifications Galaxy Unpacked came and went, leaving us with a handful of unannounced and less-impressive smartphones to look forward to for the rest of the year. One of them is the Galaxy A03s — a budget smartphone that keeps eluding the market while showing signs of an imminent release.

The Galaxy A03s was recently spotted in a Google Play Console listing that reconfirms some of the expected specifications. Samsung’s upcoming S-branded budget phone is equipped with the MediaTek MT6765 (Helio P35) chipset coupled with 3GB of RAM.

The listing also reveals a display resolution of 1339 by 720 and a pixel density of roughly 300ppi. Finally, the smartphone runs Android 11, presumably with One UI 3.1 on top. Battery specs are unseen, but they were previously confirmed by the FCC, where the Galaxy A03s was tested on a 5,000mAh battery with 15W charging.

There’s no telling when exactly Samsung will release the Galaxy A03s, but it’s likely to go on sale in India and Europe. In the latter market, rumor has it that the Galaxy A03s could hit the shelves for around €150. It’s a budget phone and it will be priced accordingly, but it also means it won’t get much time in the spotlight, especially in the shadows of the new Galaxy Z Flip 3 and Z Fold 3 foldables. Regardless, we’ll keep you up to speed as more details emerge. 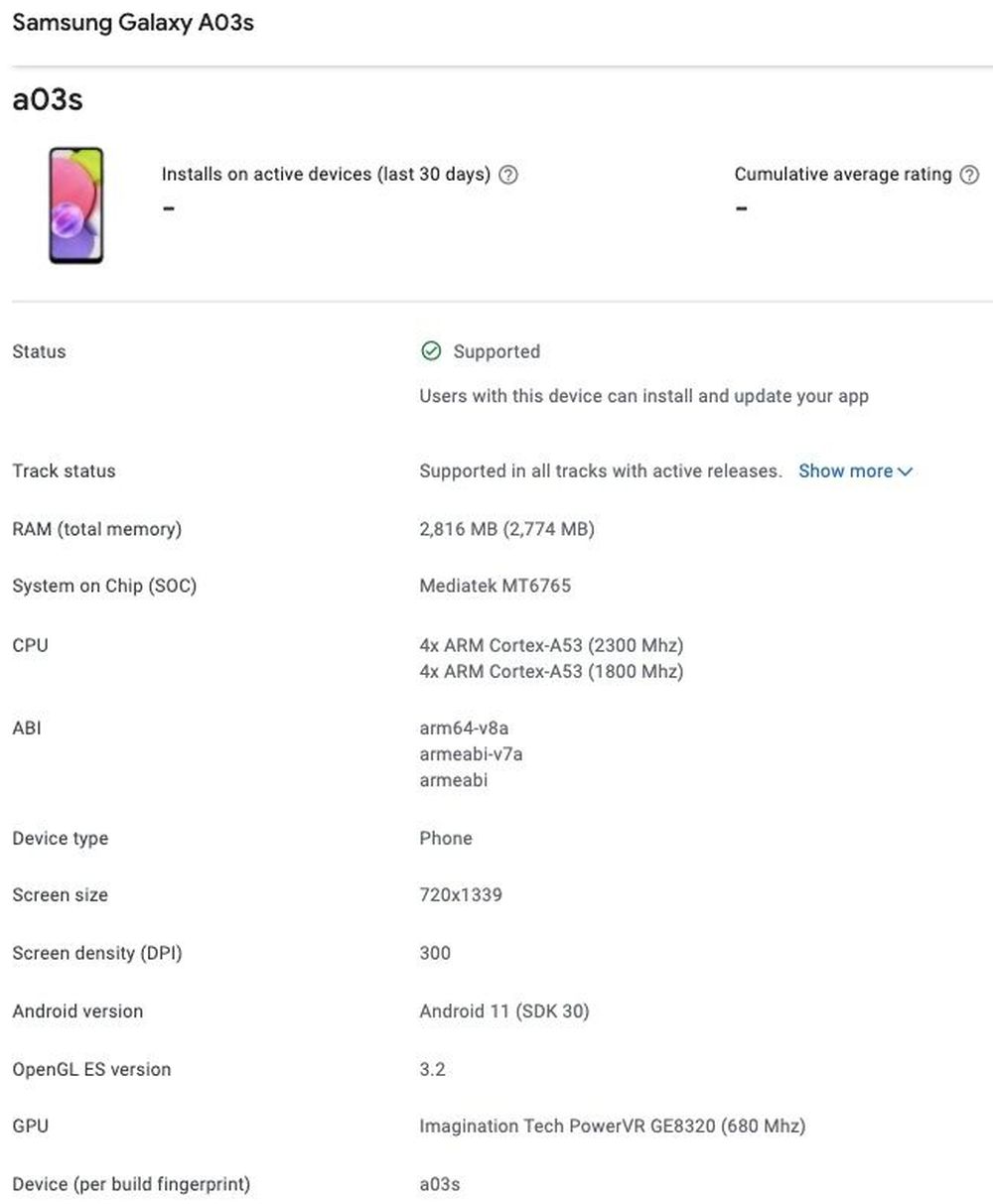 The Galaxy A13 5G leaked through an AT&T video earlier today, and it turns out that Samsung wasn’t far behind with an official announcement. The Galaxy A13 5G is now official in the United States and will be available for purchase from AT&T in a couple of days. Samsung announced that T-Mobile also picked up […]