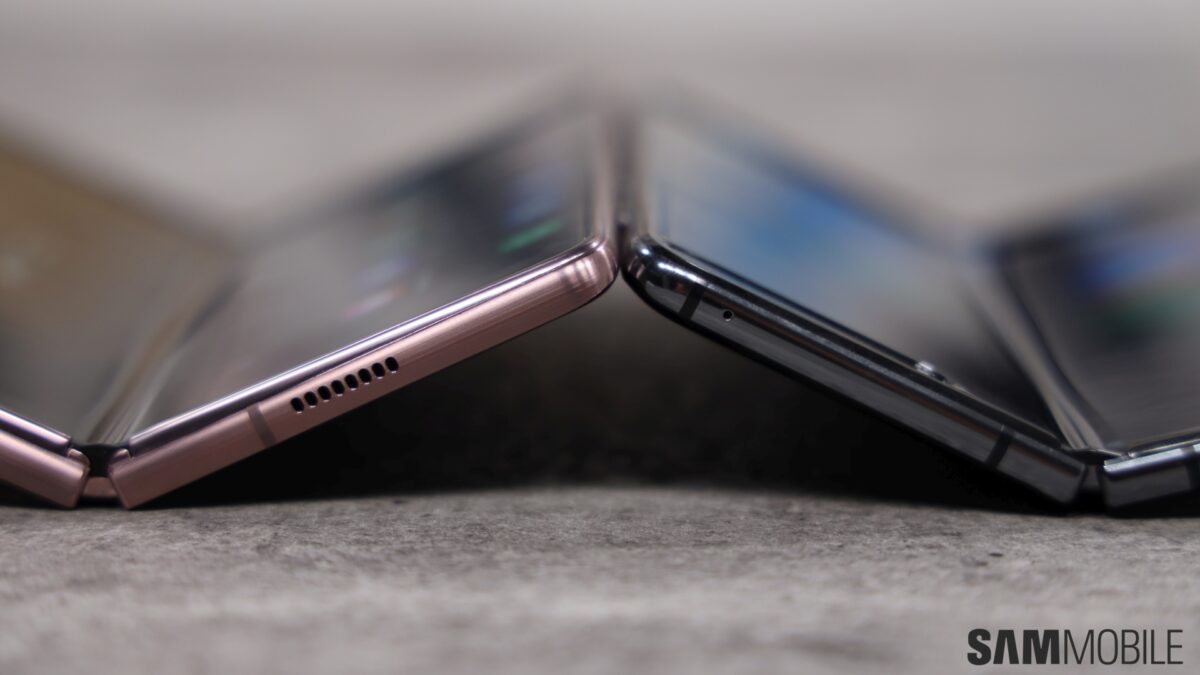 Samsung’s third separate family of foldable smartphones may directly rival Microsoft’s troubled Surface Duo series, as per a newly emerged industry rumor. We already learned about the lineup in question – called the Galaxy Z Fold S – late last month as part of a more comprehensive insider account of Samsung’s near-term foldable strategy. The previous allegations coincide with today’s rumor, which describes the Galaxy Z Fold S as a device with a 360-degree hinge, i.e. one that allows its display to fold both inward and outward.

“Display,” singular, because the Galaxy Z Fold S will reportedly feature just one bendable OLED panel as opposed to doing an impression of the ZTE Axon M, which is how a cynic might describe the two-screen form factor of the Surface Duo.

The other side of the Galaxy Z Fold S is said to be covered in glass, though it’s presently unclear whether it might feature a secondary cover display in the vein of the original Galaxy Fold and the newly launched Galaxy Z Fold 2. While the overall package definitely sounds like a better version of the Surface Duo, that’s hardly an indicator of commercial success. After all, many doubts continue to surround Microsoft’s upcoming foldable, and that’s without accounting for the skepticism regarding Microsoft’s ability to even deliver such an unconventional gadget in these trying times. As a reminder, most recent industry rumblings suggest the Surface Duo was hit with yet another delay and won’t be out in most markets before 2021.

Coincidentally, that’s also the time frame given for the release of the Galaxy Z Fold S. With no other details currently available, it remains to be seen whether this rumored smartphone-tablet hybrid ends up featuring specs worthy of a full-fledged 2021 flagship, or be closer to the Galaxy Z Flip series in terms of relative computing prowess. Assuming it even exists, of course.

Many were quick to label Samsung's early push into foldables premature - and many were wrong.

Samsung may have already decided on no fewer than three foldable smartphone models it’s going to release in the near future. The alleged trio consists of the Galaxy Z Fold Lite, Galaxy Z Fold S, and the Galaxy Z Fold 3. That’s according to a newly surfaced insider claim that’s pretty light on the details […]