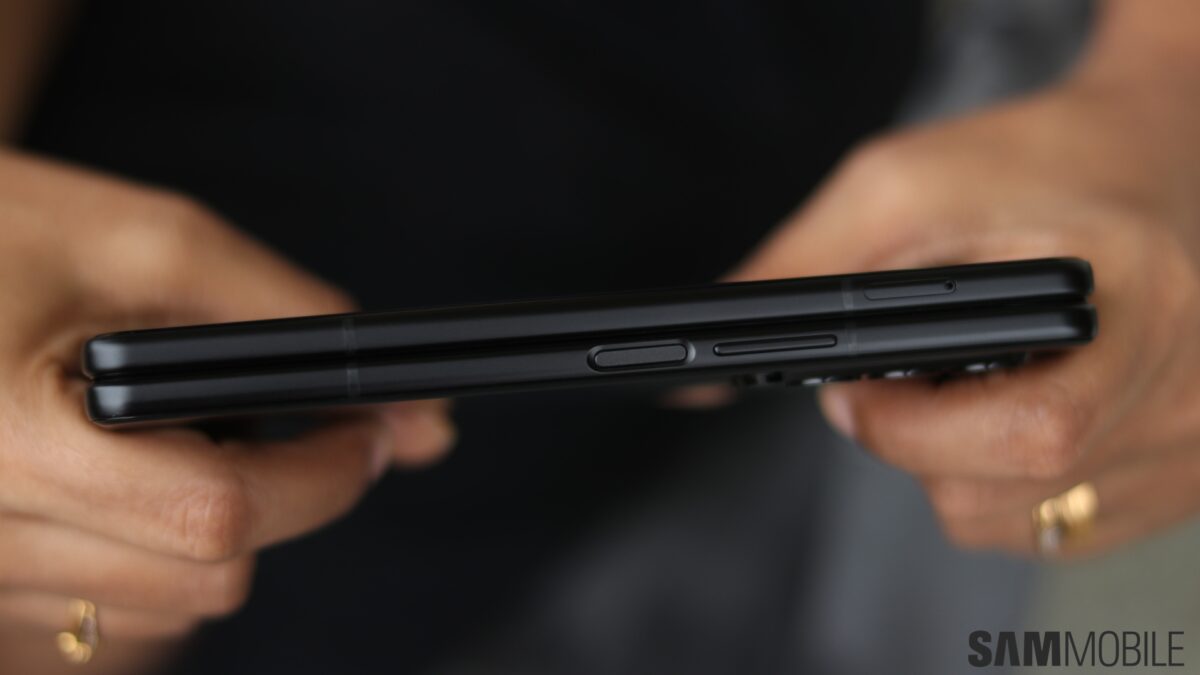 LetsGoDigital stumbled upon a Samsung patent on the World Intellectual Property Organization (WIPO) website which talked about a double-sided fingerprint sensor. Essentially, it would sit between the cover screen and the main screen. Since the cover screen uses a conventional AMOLED panel, it should have no trouble authenticating fingerprints like other smartphones.

The above illustrations give us a decent idea about where the fingerprint sensor will be positioned. It also adds that both sensors will interface with the mainboard via a PCB (printed circuit board). It’ll be interesting to see what tricks Samsung uses to make the secondary display’s fingerprint sensor do its job.

While the patent doesn’t explicitly list it, Samsung could mix things up and use a combination of ultrasonic and optical fingerprint sensors. The cover display could use the former and the main screen the latter. An optical fingerprint sensor on the main screen should be relatively easy to calibrate, although it could take a few iterations to master.

Our Galaxy Z Fold 3 review determined that the foldable’s side-mounted fingerprint sensor did a stellar job. Strictly speaking, there is no reason for Samsung to make the switch to an optical/ultrasonic alternative, but it will help set apart the Galaxy Z Fold 4 from its predecessors and also become the world’s first-ever foldable to feature the technology.