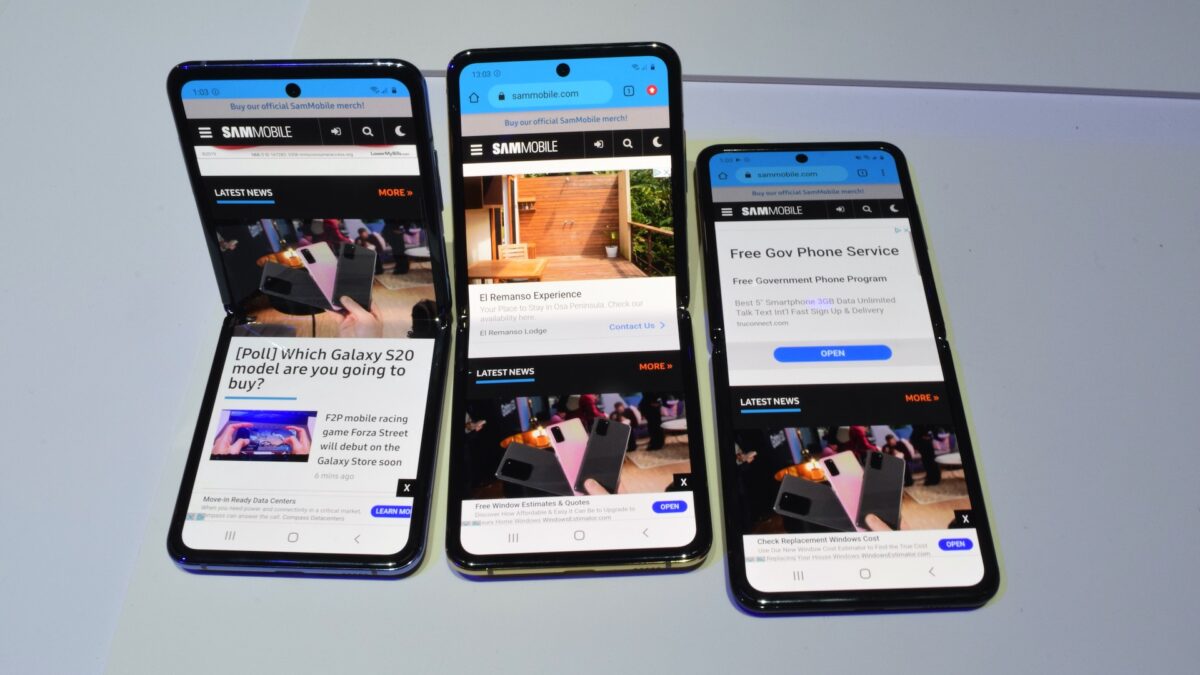 Samsung Unpacked 2020 was chock full of new smartphones. The company announced the Galaxy S20, Galaxy S20+, and Galaxy S20 Ultra, its mainstream flagships for the year, along with the mighty impressive clamshell foldable phone, the Galaxy Z Flip. You would have expected the Galaxy Z Flip to take some time to make its way to retail shelves after its announcement, just like the Galaxy Fold did last year, but Samsung surprised everyone by revealing that its new foldable phone will go on sale just three days after it is unveiled.

Samsung has only announced the February 14 release date for the US and South Korea, but it seems the company intends to bring the Galaxy Z Flip to as many markets as soon as possible: Official firmware for the Z Flip are now available in our firmware archive for various countries. These include Spain, Vietnam, Cambodia, Switzerland, France, Germany, Italy, the UK, Thailand, Malaysia, and the Philippines. The Galaxy Z Flip, like the Galaxy S20, runs Android 10 with One UI 2.1 out of the box, and the initial firmware have the January 2020 security patch.

It will be very interesting to see how the Galaxy Z Flip is handled by Samsung when it comes to software updates. There’s no 5G variant of the Z Flip, so we shouldn’t see the kind of delays the Galaxy Fold 5G has to face in some markets with every month’s security update. The Galaxy Fold is also going to get Android 10 in April this year, and hopefully Samsung won’t take such a long time to bring Android 11 to its clamshell foldable later this year/early next year.