A new software update with firmware version M315FXXU1ATG2 is rolling out to the Galaxy M31 in India. Apart from the July 2020 security patch, the update also brings support for RCS on Vodafone-Idea’s network. Glance, a feature that displays content and ads on the lock screen, is also a part of the update.

The RCS feature allows users to send text and multimedia messages via mobile data or Wi-Fi, unlike traditional SMS. As usual, the update also consists of bug fixes, security enhancements, and stability improvements for the smartphone. The new software update has a file size of 659.44MB, so we would advise you to download it through a Wi-Fi network.

If you’re a Galaxy M31 user in India, and if you haven’t received the update by now, you can check for the update manually by navigating to Settings » Software update and tapping Download and install on the phone. Alternatively, you can also download the new firmware from our firmware section and flash it manually. 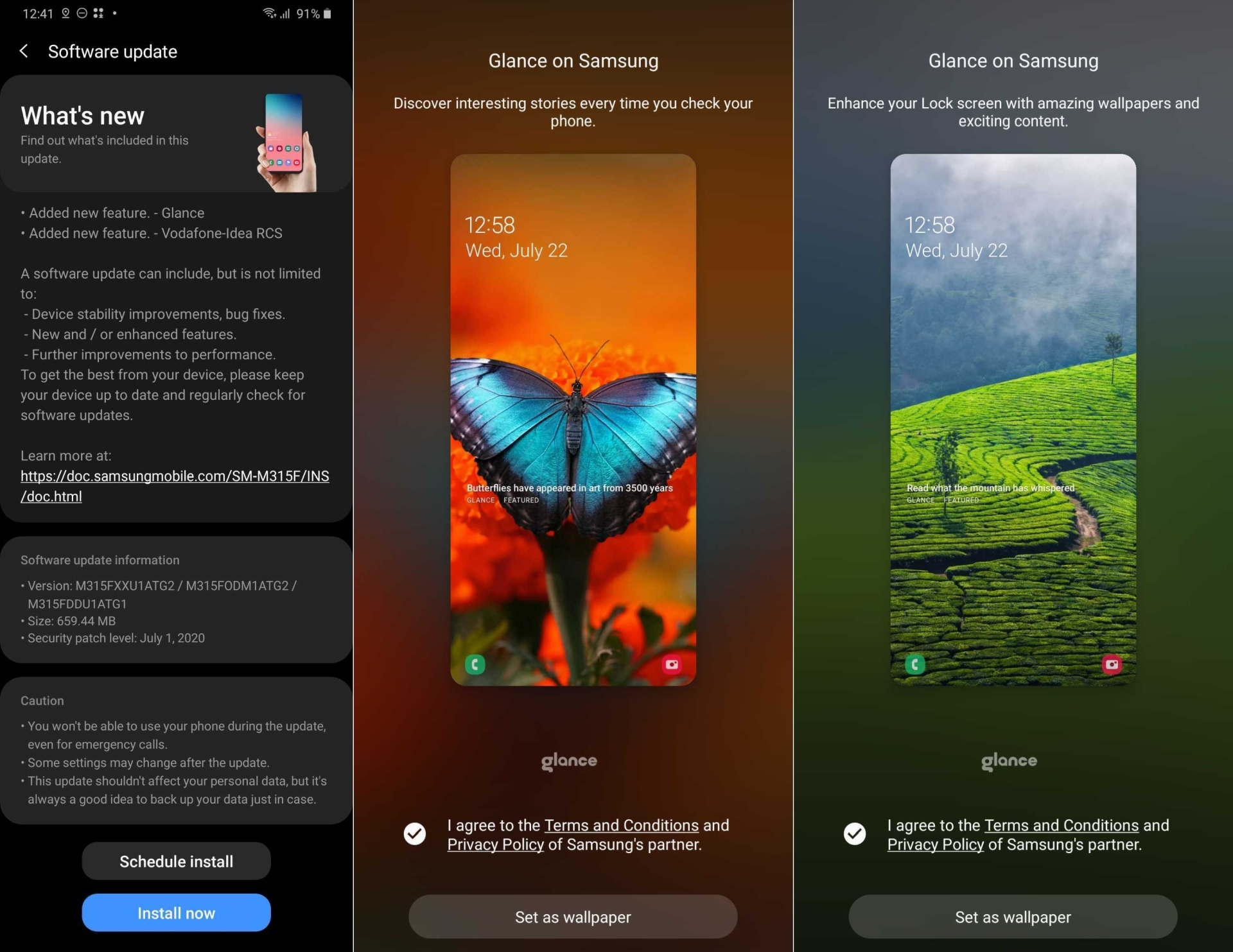