Galaxy A73 renders show up online, say bye bye to the headphone jack 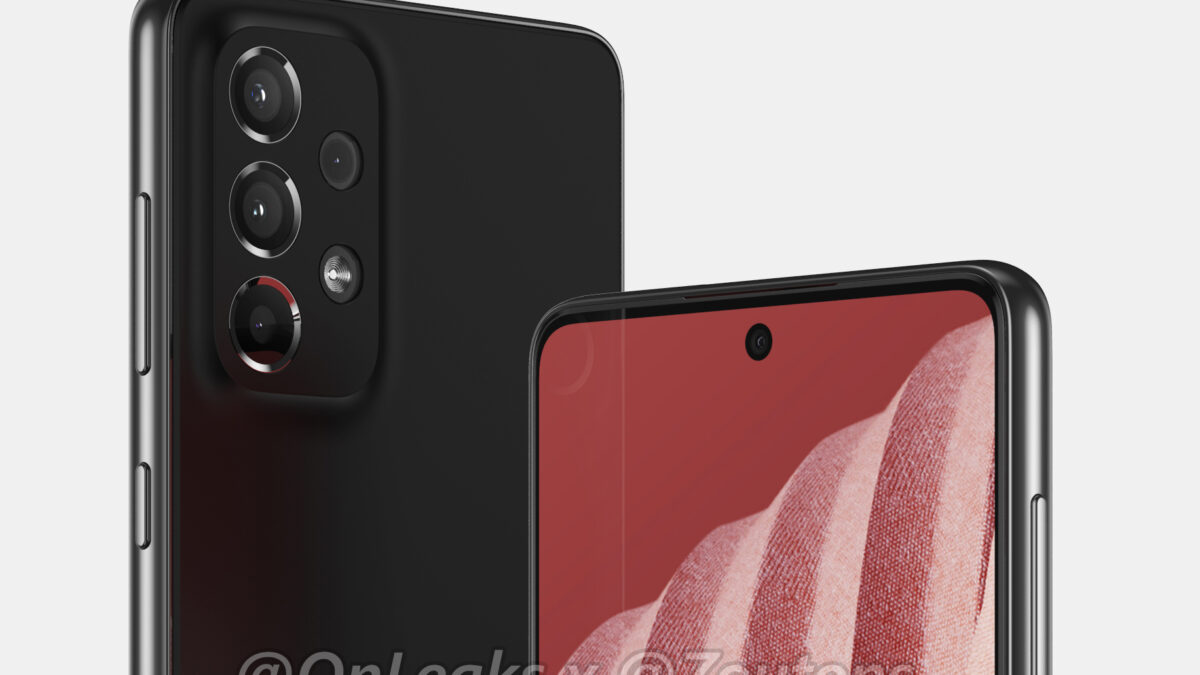 Leaks have been aplenty for Samsung’s Galaxy A53, Galaxy A33 and even the Galaxy A13 (the 5G version of which went official yesterday). However, information about their elder sibling aka the Galaxy A73 has been scarce. We finally get to see what the smartphone will look like thanks to renders provided by @Onleaks and Zoutons.

At the back of the Galaxy A73, we see an immediately noticeable triple-camera layout reminiscent of the Galaxy A72. At the front, we get a hole-punch camera nestled at the top edge of the screen. Basically, nothing seems to be changing as far as the overall design is concerned, and frankly, we’re okay with that.

The power button and volume rocker sit on the left spine of the Galaxy A73’s chassis. Lastly, there’s a SIM card slot at the top and a USB Type-C port at the bottom. Unfortunately, there is no trace of a 3.5mm audio jack, which could drive off plenty of buyers. The Galaxy A53 is said to lack a headphone jack, as well, in case you haven’t been keeping up.

Previous reports told us that the Galaxy A73 would be the first Galaxy A series smartphone to pack a 108MP camera sensor. However, Samsung will probably cheap out on the display and use one made by BOE (or another Chinese OEM).