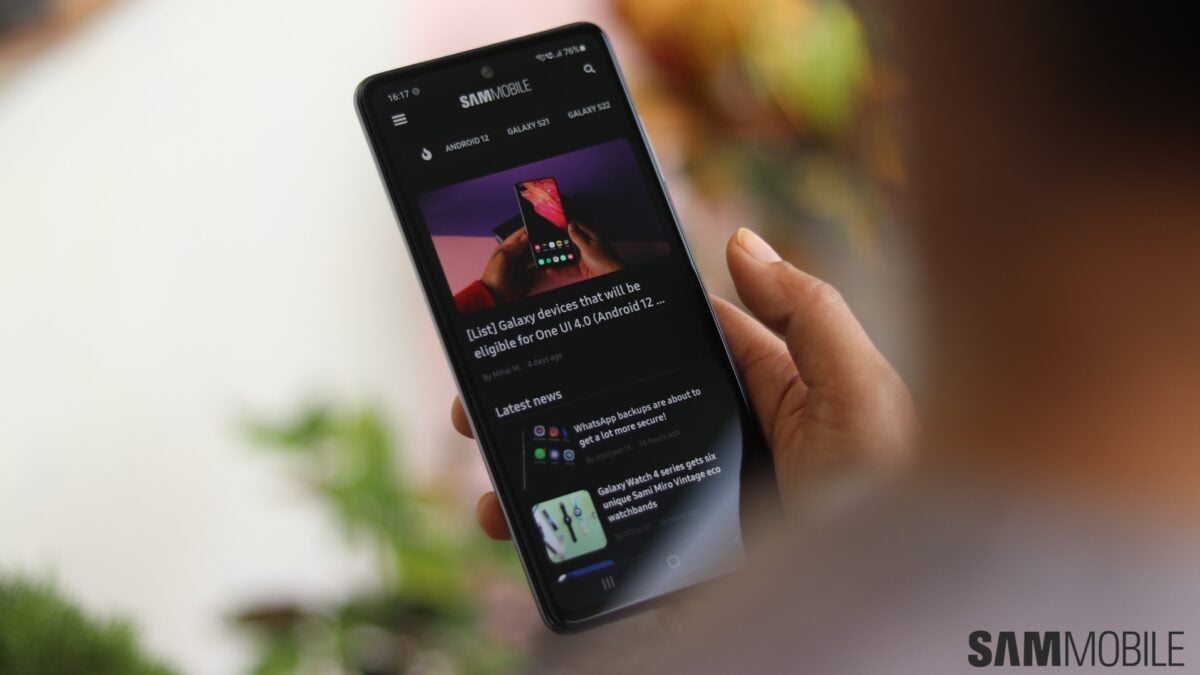 The October security update has been rolling out to Galaxy devices at a surprising pace even as Samsung is dedicating its time to getting Android 12 and One UI 4.0 ready for the general public before 2022, and today, Samsung’s best mid-range phone is getting in on the action.

The Galaxy A52s 5G is picking up the October security update in a handful of markets this week, including Switzerland, Bulgaria, and Germany. The update comes with firmware version A528BXXU1AUI8 and should include more than just the latest security fixes, but we don’t currently have a changelog so it’s unclear what else is in there.

That said, we can assume that there’s nothing in the way of major new features included in the update. Those will arrive with One UI 4.0 and Android 12, which will be the first major OS upgrade for the Galaxy A52s and is expected to arrive sometime next year for Samsung’s mid-range phones.

To check if your Galaxy A52s has an update available, open its Settings app, select Software update, and tap Download and install. If you’re in one of the markets where the update has rolled out, you can manually upgrade your phone using firmware files that you can download from our archive.