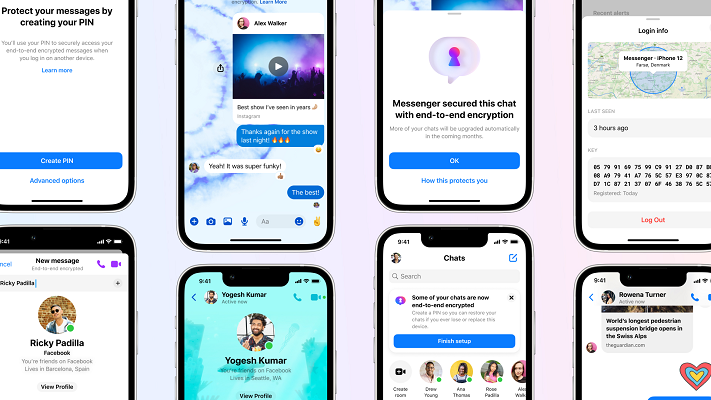 While Messenger might not be as feature-rich as its other competitors, it still has all the basics covered, such as the ability to chat, support for SMS, voice/video calling, and more. Now, Meta is bringing Messenger’s core updates to its end-to-end encrypted (E2EE) chats. This means that you can use the app’s features, including chat themes, chat emoji reactions, and more, for end-to-end encrypted chats. These features were absent from Messenger’s end-to-end encrypted chats, but with the new update, they are finally here. Additionally, users are also getting the feature to set different group profile photos for friends and work colleagues. Another inclusion in the end-to-end encryption chat territory is that link previews are now available in encrypted chats. A status indicator will show your contacts when you are using the app and are online.

Chat Bubbles are also making a return on Android. For those who missed the bus, Bubbles allow an easier way of reaching people from the homescreen. Contacts with whom you are having a conversation rest in a floating bubble on your homescreen. You can tap on the bubble and start messaging right away.

The update that includes new features for Facebook Messenger end-to-end encrypted chats isn’t rolled out widely yet, but Meta states in its official blog that the feature is rolling out “gradually.”