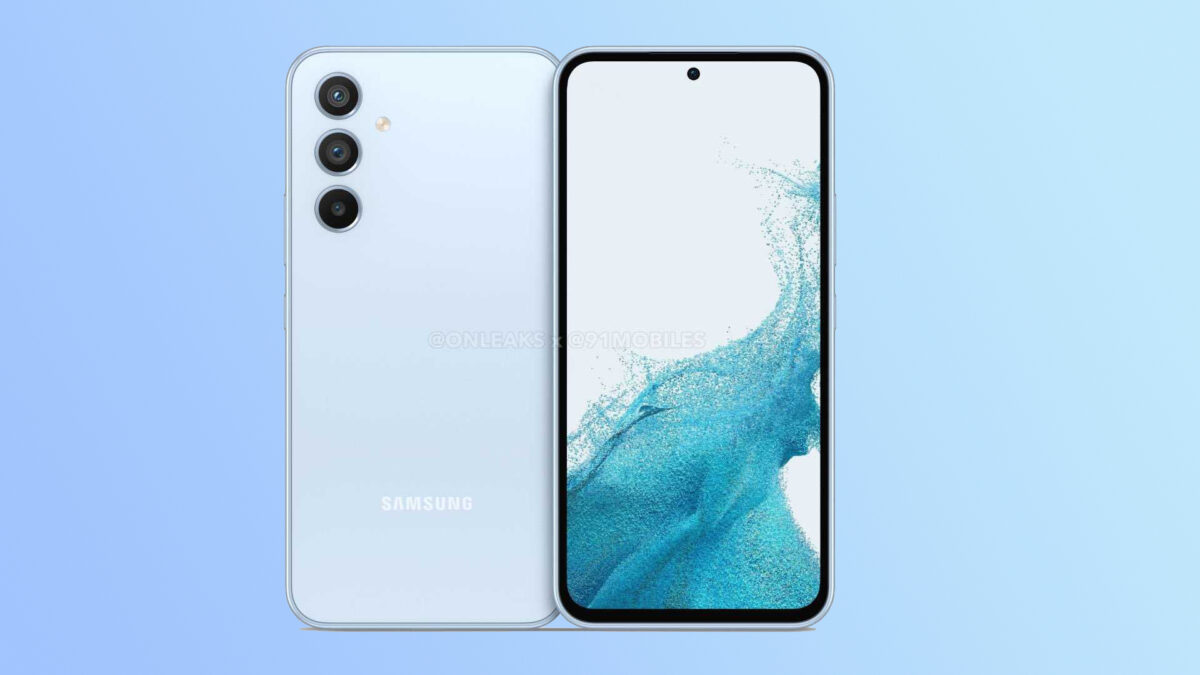 Samsung’s Galaxy A5x lineup is still going strong, so you can be almost sure that the company is planning to release a sequel to the Galaxy A53, predictably called “Galaxy A54,” next year. A few bits of information have emerged here and there, but Galaxy A54 renders based on alleged official dimensions have now popped up online. Without further ado, here’s an early look at what the Galaxy A54 might look like.

Judging by these renders from 91Mobiles, Samsung will adopt the Galaxy S23 series’ camera design language across multiple lineups for 2023, including the Galaxy A. The Galaxy A54, as envisioned in these renders, has three separate camera cutouts for each sensor rather than one large camera bump. (via @OnLeaks)

The renders also seemingly confirm an early prediction that Samsung might remove one camera from the back of the Galaxy A54, namely the depth sensor. The Galaxy A54 will sport a primary shooter, an ultra-wide camera, and a sensor for macro photography. Other design details seemingly confirmed by these renders include an entirely flat back panel and a slightly rounded frame surrounding the device, similar to what you’d see on the Galaxy S22 or the Galaxy S22+. The display also looks flat and has an Infinity-O selfie camera cutout.

The Galaxy A54 might boast a slightly larger battery than the Galaxy A53, but most other specifications remain unknown. Assuming that Samsung will maintain a 12-month launch schedule, we might see the Galaxy A54 hitting the shelves in March 2023. You can have a 360-degree look at the Galaxy A54 in the 3D render video below.

Galaxy A54 5G will bring back Wi-Fi 6, FCC documents confirm

The Galaxy A54 5G might be Samsung’s best mid-range phone in the series for 2023. Rumors say there may not be a Galaxy A74 in the works for this year. And sure enough, we haven’t heard anything on this front lately. But the Galaxy A54 5G is as real as an unannounced phone can be, […]

Multiple upcoming Samsung devices have leaked today. A few hours ago, the Galaxy A34 images were revealed, and then the Galaxy Book 3 series leaked in the first set of press renders. Now, the official photos of the Galaxy A54 have leaked, revealing the design of the premium mid-range smartphone in four colors. AndroidHeadlines leaked […]