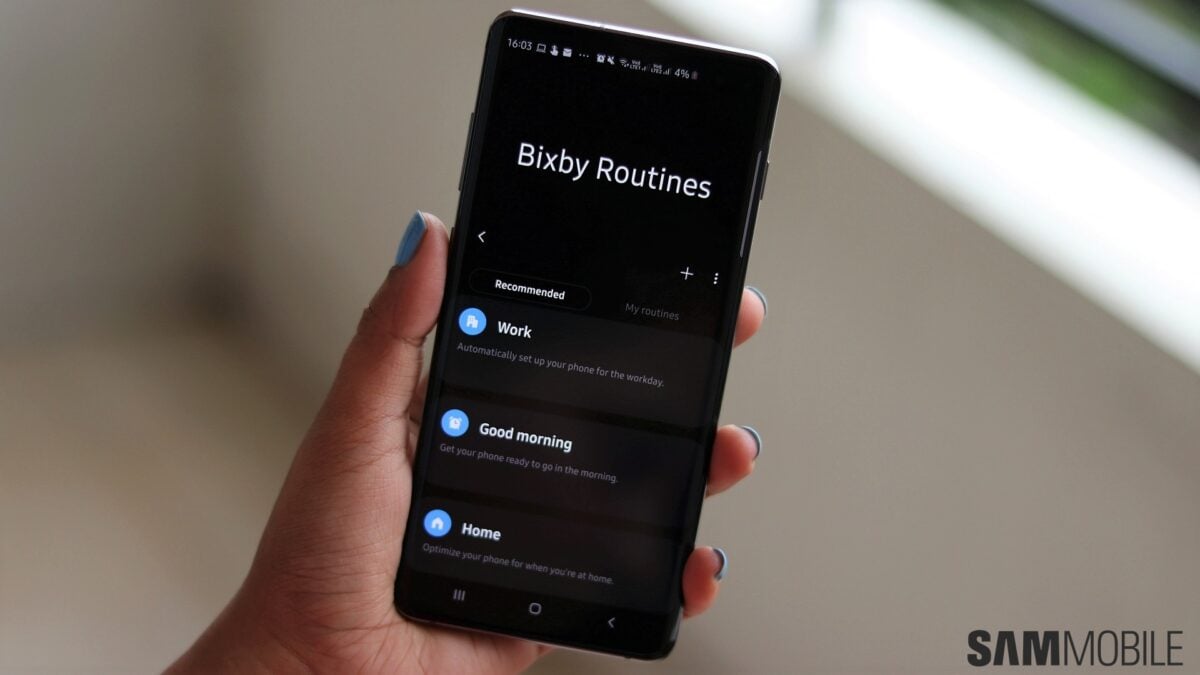 Bixby Routines just got a new update for Galaxy devices running Android 10 and One UI 2.1, and mobile gamers are bound to find it useful to some extent. Along with a few improvements, the new app version introduces a new ‘Game is being played’ condition and tons of actions to go along with it.

As detailed before, Bixby Routines is a very useful feature that was originally introduced with the Galaxy S10 series. It lets you create conditions and actions based on the IFTT (If This Then That) principle, and it’s quite flexible at that. With the new ‘Game is being played’ condition added to Bixby Routines, Galaxy smartphone owners running One UI 2.1 can ‘tell’ their phones to perform certain actions whenever they play a mobile game.

There are tons of game-centric actions you can determine

The range of actions for the new game mode in Bixby Routines is very wide; for example, you can now set your phone’s screen to have a specific brightness level whenever you play mobile games. You can disable/enable Blue Light Filter, or even manipulate DND if you prefer playing games outside of Game Launcher, the latter of which has its own notification settings. There are numerous actions you can use to tailor your user experience, so feel free to let us know if – and in what ways- you find this new addition useful.

Samsung is bringing Modes & Routines to phones, smartwatches, and tablets

During its SDC 2022 event yesterday, Samsung revealed that it has simplified the Bixby Routines feature on its smartphones so that more people can use it. The company is now calling it Modes, a part of the new Modes And Routines app. It is debuting with One UI 5.0 on Galaxy smartphones. With Modes, the […]

Bixby Routines review: A background feature that changes your experience

After mentioning this tool on several occasions before, we decided to write a full Bixby Routines review. Here's all you need to know about this tool.

Bixby Routine is a niftly little feature that has been around for a couple of years. It enables you to create automated tasks by leveraging the IFTTT (If This Then That) principle. You’re able to program your phone to take perform certain tasks automatically when the set conditions are met. Here are a few examples […]

Samsung has revamped a lot of UI elements and features in One UI 3.0, and Bixby Routines is one of the many areas that have seen a few key improvements. Bixby Routines now has a refreshed user interface with more graphical elements, as well as a few additional conditions and actions that should help users […]