Along with the upcoming Galaxy Z Fold 3, Samsung is also expected to develop and release a new clamshell foldable phone before the end of the year. Whether it will be called the Galaxy Z Flip 2 or the Galaxy Z Flip 3 remains to be seen, but regardless of its final moniker, the upcoming foldable will apparently have roughly the same battery configuration as the ongoing model.

The Galaxy Z Flip 2’s battery characteristics have seemingly been revealed through a few applications that were recently published by three regulatory agencies: Safety Korea, 3C, and DEKRA. They all reveal that the upcoming clamshell foldable will have a similar dual-battery system as the original Galaxy Z Flip.

The Galaxy Z Flip 2 battery has a typical capacity of ~3,300mAh

Assuming that Samsung won’t make significant design changes on the inside of the clamshell foldable phone, the smaller battery should reside in the upper half of the device, whereas the larger unit should fit inside the lower half. They’ll have a combined capacity of around 3,300mAh, which is about the same as what you’ll get from the original Galaxy Z Flip.

The Galaxy Z Flip 2 hasn’t been in the headlines as much as the Galaxy Z Fold 3 but the industry expects the upcoming model to feature a few upgraded components such as a newer SoC and possibly a 120Hz display. 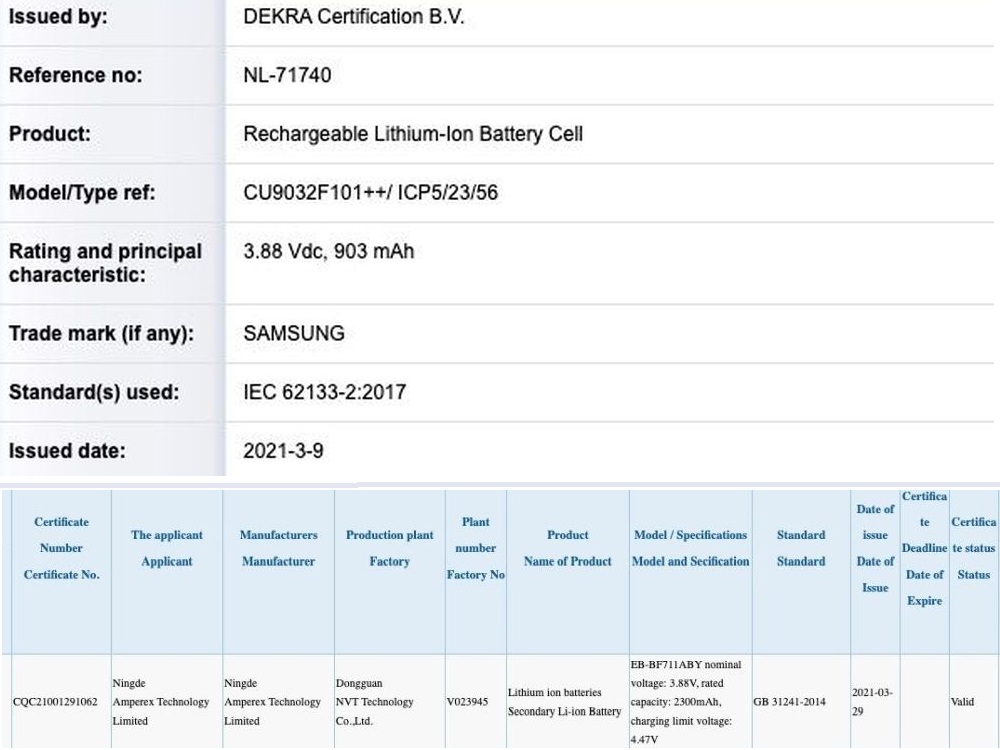