BREAKING: All Galaxy S22 models pose for the camera, check them out! 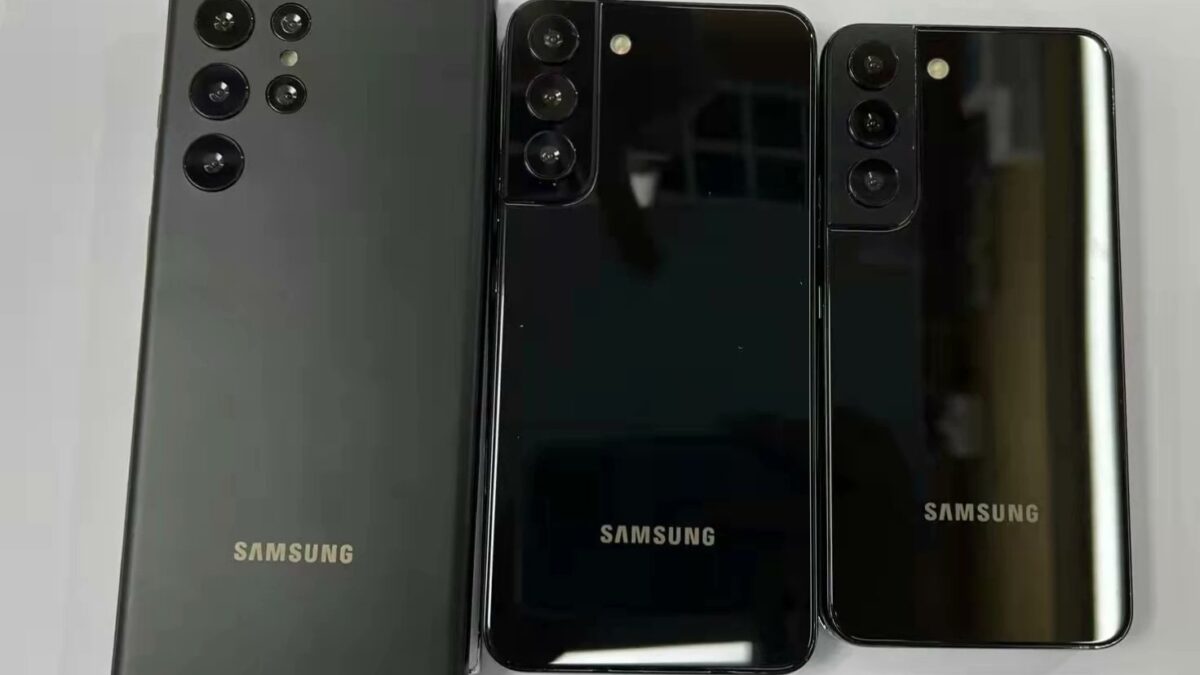 Samsung’s Galaxy S22 launch event just got ruined again, as all three Galaxy S22 models have posed for the camera in leaked photos posted on Twitter. The Galaxy S22 and the Galaxy S22+ with their reflective backs can be seen sitting next to the Galaxy S22 Ultra with its matte back finish, and we get to see all three models in both black and white!

Samsung fans were probably not expecting to see a leak of this magnitude so early on. It basically confirms what the upcoming flagship series is going to look like. It also backs up rumors about the Galaxy S22 Ultra having Galaxy Note DNA. 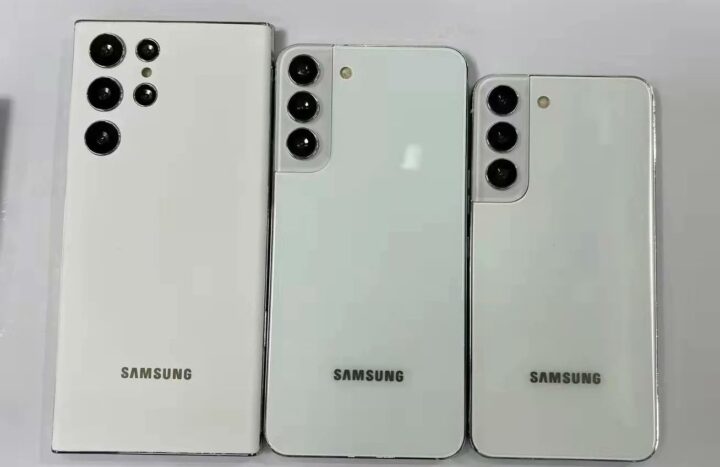 The Galaxy S22 and Galaxy S22+ appear not all that different. Samsung has clearly kept all of the major design changes for the Galaxy S22 Ultra. It has a more boxy appearance that’s quite similar to the Galaxy Note lineup. The camera cutouts are different as well while the matte finish gives the device a look of understated elegance.

There’s a possibility that these might be dummy units that we are seeing here. If you look closely, you can see that there’s no periscope lens on the Galaxy S22 Ultra. There will definitely be one on the actual device, as we’ve also seen in previously leaked images of the Galaxy S22 Ultra.

The Galaxy S22 seen here also has a lot more shine to its back than we’d expect it to have, considering the fact that it’s supposed to have a plastic back. So this may yet be another indication that these are dummy units. Nevertheless, they give us a good idea of what the new devices will look like.

As rumors have already revealed, the Galaxy S22 Ultra will have an internal silo where the S Pen can be stored. Samsung seems to have absorbed the Galaxy Note series into the Ultra model of its Galaxy S series. This doesn’t look good for the future of Samsung’s beloved phablet lineup.

Be that as it may, it’s exciting to see so early on what Samsung has in store for us next year. With such leaks already coming up, it goes without saying that we can expect a lot more detailed leaks in the days to come.

We’ll keep an eye out for them and update you as soon as they come in. Samsung is expected to launch the Galaxy S22 series in February next year. 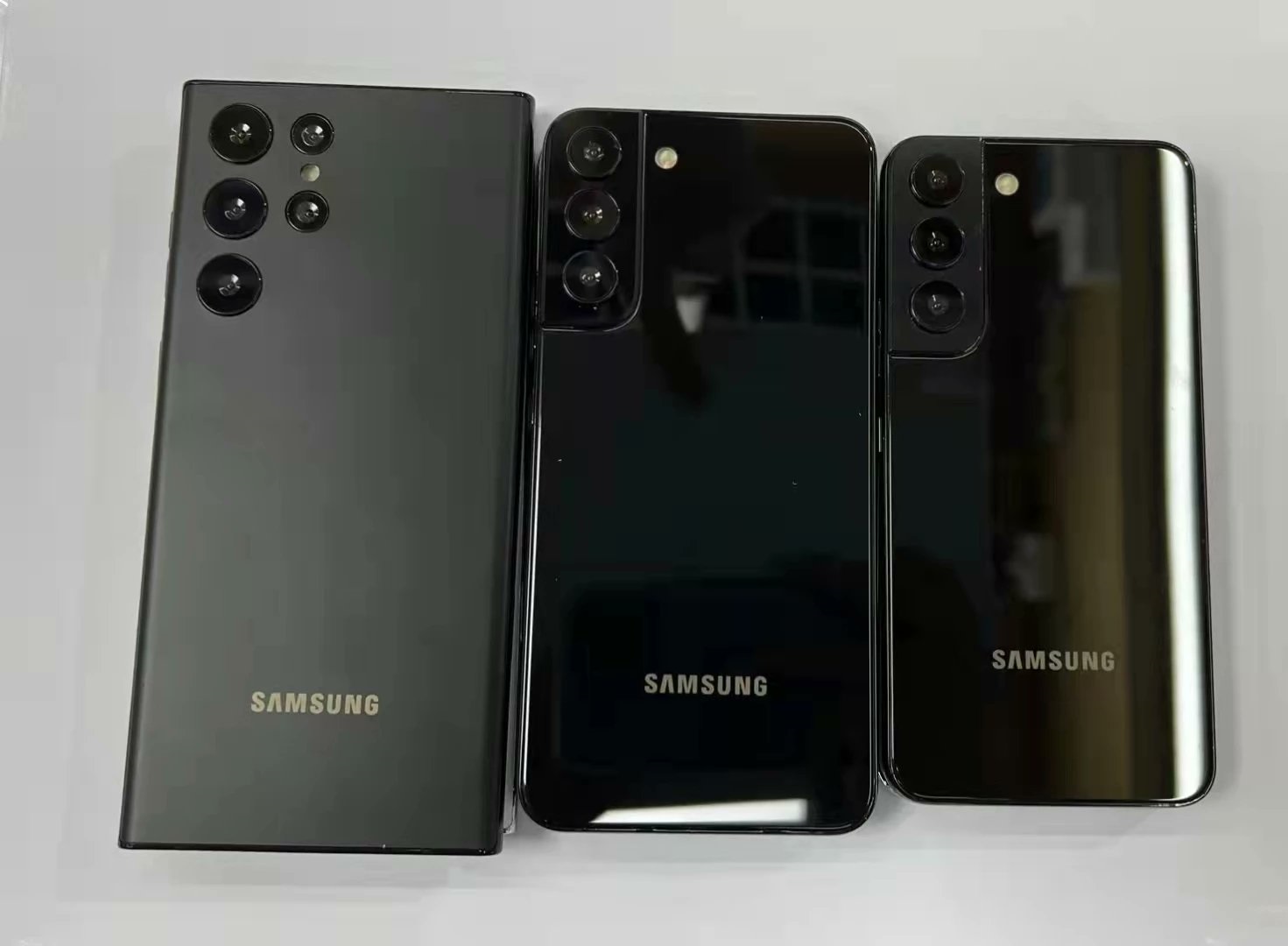