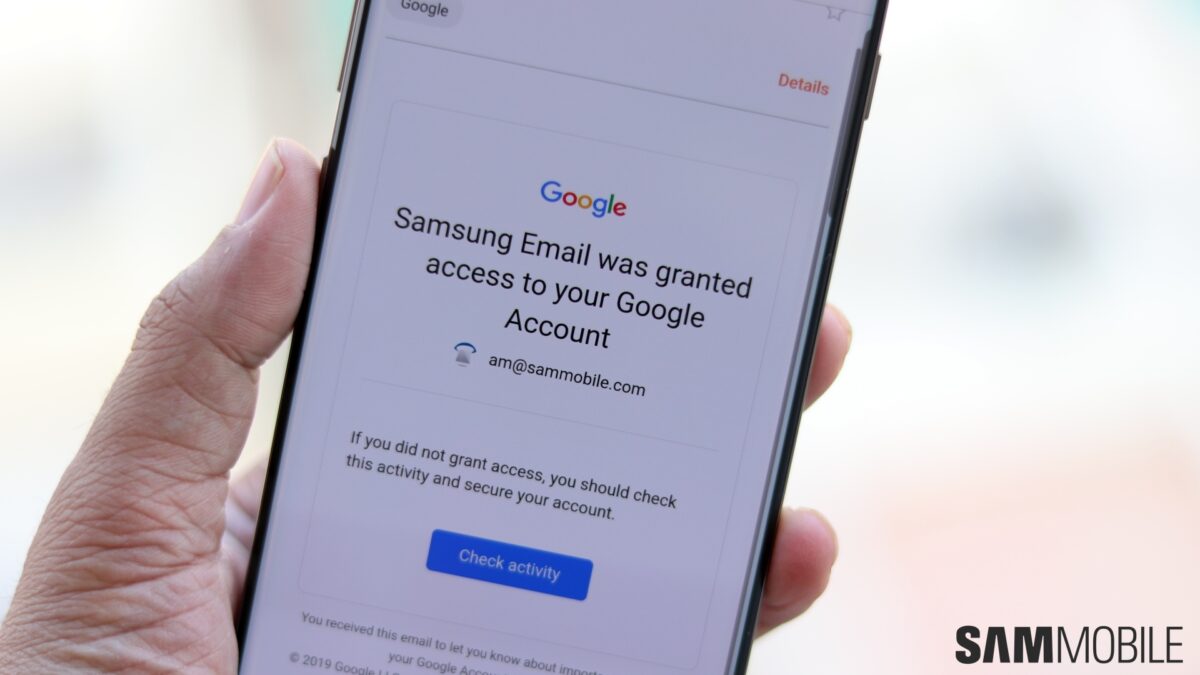 Samsung is aware of a frustrating bug that’s notifying Gmail users that Samsung Email has been authorized to access and control their Gmail account, assuring them that the alert is not fraudulent, but rather believed to have been triggered as a result of Google enacting a new security protocol.

The firm told Android Police that it’s working closely with Big G to identify the root of the problem and will be distributing a fix in due course. Rest assured, though: the notification is genuine and your device hasn’t been compromised, so there’s no need to break into a frantic state of hysteria. 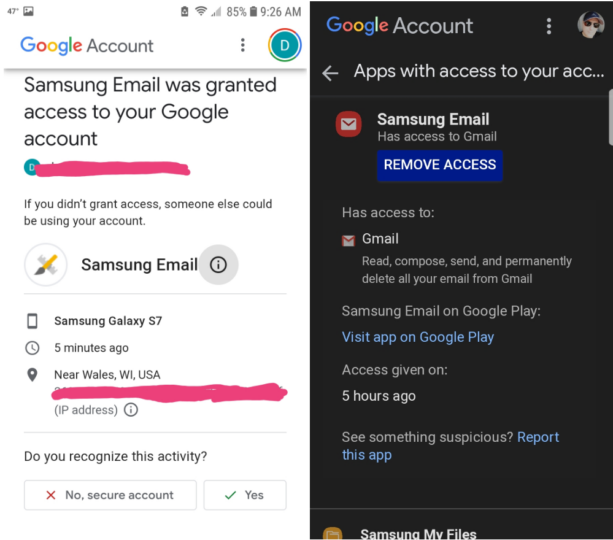 There’s a good chance hackers will be looking to capitalize on the exploit now that it’s made the mainstream media, however. With that in mind, we’d recommend heading over to the Google Account Dashboard to verify that the email alert is in fact real, should you happen to receive it.

But how do you discern whether your account has been compromised? Well, if the IP address used to sign in to your account corresponds to a different geographic location to your own, there’s a chance it has been. And if that’s the case, you’ll need to use the Account Dashboard to secure it.

Samsung is encouraging users to disregard the notification

Samsung has assured us that there’s no reason to take action on the email; though it’s instructing anyone wanting to secure their Google Account to refrain from clicking any links within the email, just in case the one they’ve received is fraudulent. All changes should be made using a computer.

Did you know that you have two different email apps on your Samsung phone straight out of the box? There’s Gmail, an app that you find on all Android phones regardless of the manufacturer. Then there’s Samsung Email. This ships on all Samsung Galaxy devices. The company continues to make improvements to its native email […]

Sorting through Gmail on your Samsung mobile device just got easier

Google is rolling out a new update for Gmail, and through it, the company is finally bringing search filters to the mobile app. Samsung smartphone and tablet owners using Gmail will soon have the ability to filter out their search results in Google’s emailing app by several criteria. The feature is supported both before and […]

Samsung is getting ready for the inevitable release of Android 12, and aside from preparing the One UI 4.0 beta program for the Galaxy S21 series, the company is also updating some of its live apps to include support for the upcoming firmware update. Samsung Email is one of those apps that the company is […]

Most used Samsung app in the USA? The answer isn’t what you think

A new study has shed light on which apps have the most monthly users in the USA. There are two Samsung apps on the list.