Samsung patents a Smart Mirror TV design, but no product in sight

In addition to mainstream smart TVs, Samsung also boasts a couple of lifestyle televisions, like The Frame and the Serif TV. These TVs basically prioritize design over everything else. The former turns into a work of art when the television is switched off, while the latter looks like a piece of furniture.

It appears Samsung had one more idea of a lifestyle TV design. The company was granted a patent for a Smart Mirror TV design towards the end of 2018, and it looks interesting.

Smart mirrors are already a thing of reality, as we saw a few of them being exhibited at CES 2019. While we are yet to hear about anything from Samsung, this design patent suggests that the Korean giant may have mulled over a similar idea in the past.

The graphics in the patent document show a flat, square device with rounded corners and thin bezels. When turned on, it will function as any other TV, but as soon as you turn it off, you have a big square mirror at your disposal. One of the patent images shows the device displaying the weather forecast while it is being used as a mirror. The back of the device offers space for various connections, including the power supply.

Sounds good? Well, the fact that the patent was originally filed in South Korea back in October 2016 more or less confirms that we would not be seeing such a product from Samsung anytime soon. Nevertheless, it’s an interesting idea that may well result into an appealing product in the future. 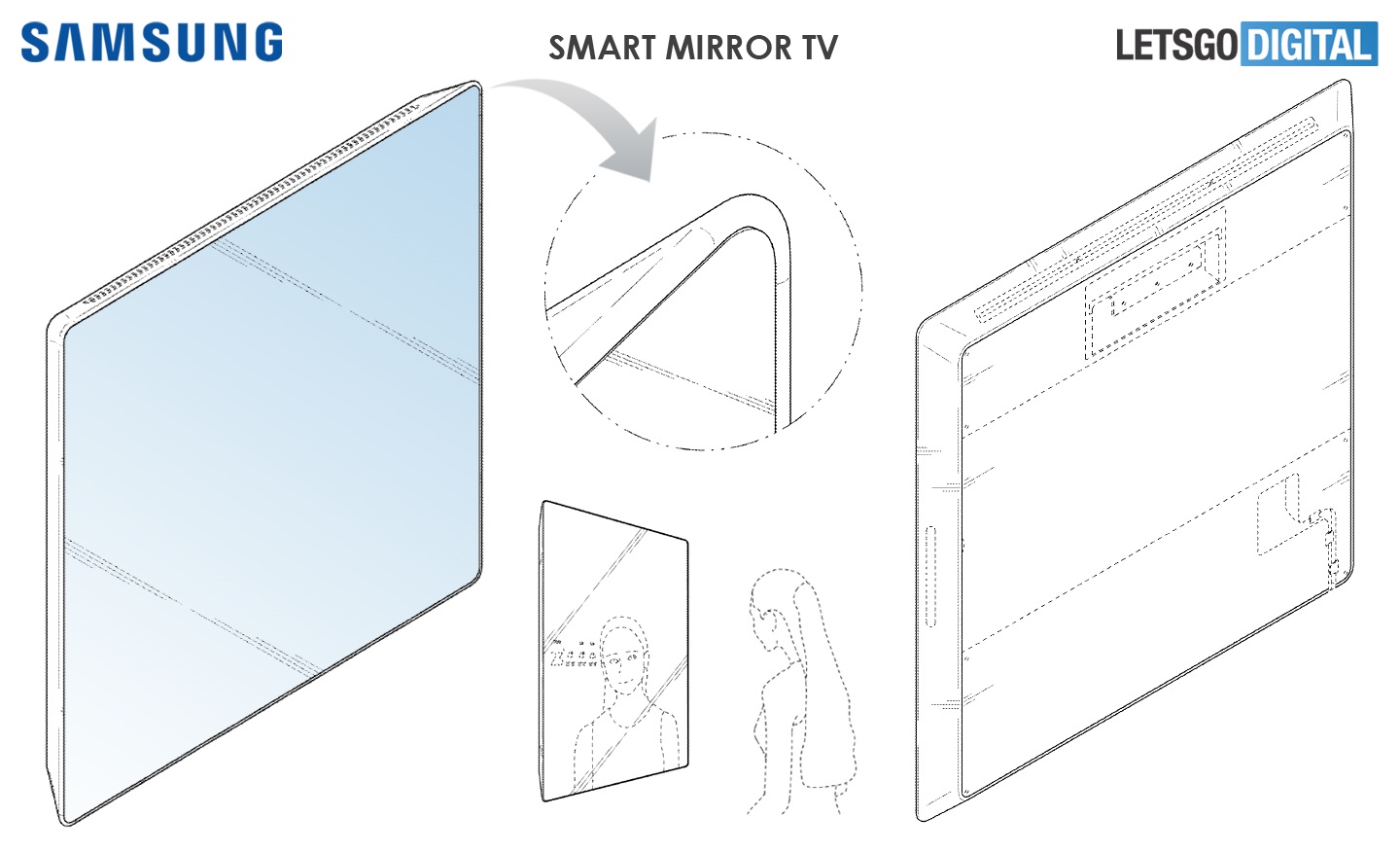