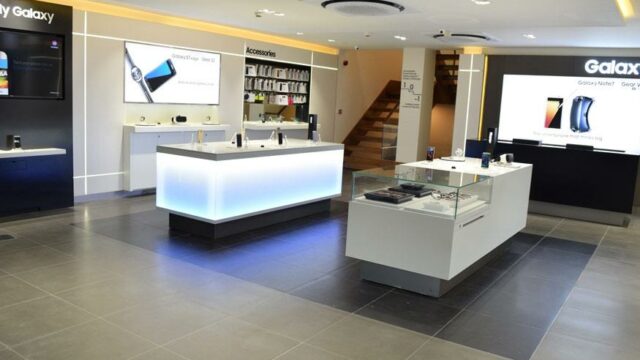 Though Samsung has been reduced to irrelevance in China, the world’s largest smartphone market, the company continues to have a much stronger presence in the second largest smartphone market, India. Even in India, the Korean company has been facing an uphill task with the mushrooming of Chinese brands, resulting in loss of margins and market share.

Samsung’s performance in the subcontinent in the last year or so hasn’t been very promising. The company has conceded the top spot in the Indian smartphone market to Xiaomi and feature phone market to Jio for many continuous quarters now, at least according to a bunch of sales trackers. IDC’s Asia/Pacific Quarterly Mobile Phone Tracker for Q4 2018 is the latest report to reiterate this growing trend. 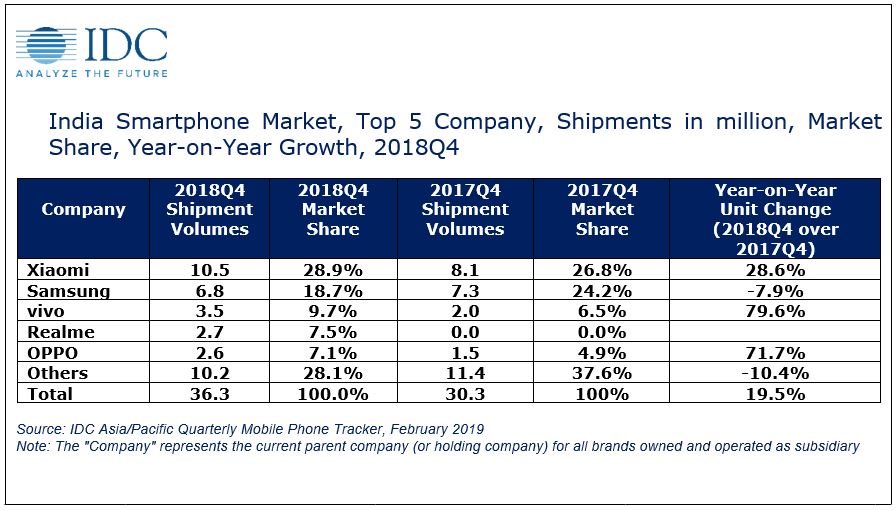 According to IDC’s data, Xiaomi shipped 10.5 million units and captured 28.9% market share to emerge as the largest smartphone vendor in India in Q4 2018. This represents year-on-year growth of 28 6% in shipments from Q4 2017 when the company shipped 8.1 million units and secured 26.8% market share. Samsung came in second with 6.8 million shipments and an uncharacteristically low 18.7% market share, with a year-on-year decline of 7.9% in shipments. Vivo, Realme, and OPPO occupied the next three spots, respectively, with impressive shipment numbers and growth rates. Overall, with a YoY growth of a healthy 19.5% in an increasingly saturated market, smartphone sales clocked 36.3 million units in the last quarter of 2018. 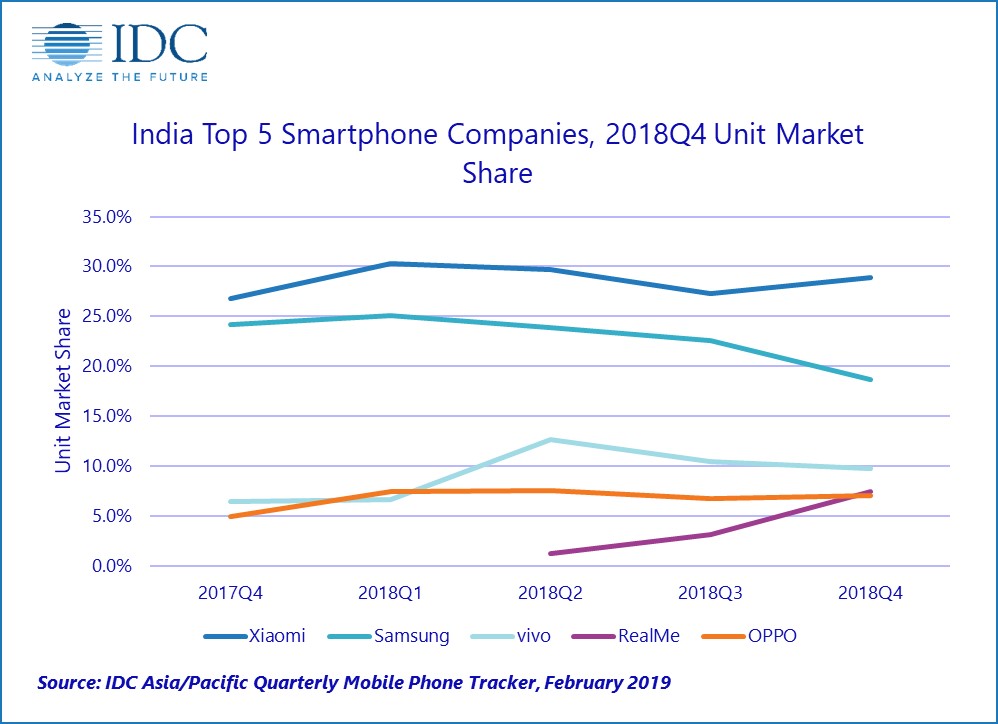 Not just the last quarter, Xiaomi also tops the yearly shipment numbers with 41.1 million units and 28.9% market share in India in 2018. The Chinese company registered a whopping 58.6% YoY growth in a market that grew by 14.5%. By shipping 31.9 million units, Samsung captured 22.4% market share and occupied the second place in the list of top five vendors. Vivo, OPPO, Transsion followed Samsung with healthy growth rates.

The Average Selling Price (ASP) of the smartphone in the country remained flat at $158, with most of the sales falling in the $100-$200 price range. The premium smartphone market (above $500) grew at an impressive 43.9% YoY, but still makes up only 3% of the total smartphone market in the country. OnePlus emerged as the leader in the premium segment ($500-$700), while Samsung replaced Apple as the market leader in the above $700 super premium segment with its Galaxy S9 lineup.

The feature phone market grew at 10.6% to reach 181.3 million units in 2018. Most of the growth is attributed to the JioPhone which accounted for 36.1% of the total feature phone shipments in the country last year. It is doubtful Samsung will ever be able to reclaim the top position in the feature phone market, given Jio’s strategy of selling phones at cost or a loss to achieve its growth objectives as a telecom operator. On the smartphone side of things, however, the report notes the launch of the Galaxy M series may change Samsung’s fortune in the coming quarters. That seems plausible considering our own impressions of the lineup and the reported customer demand in the recent flash sales.