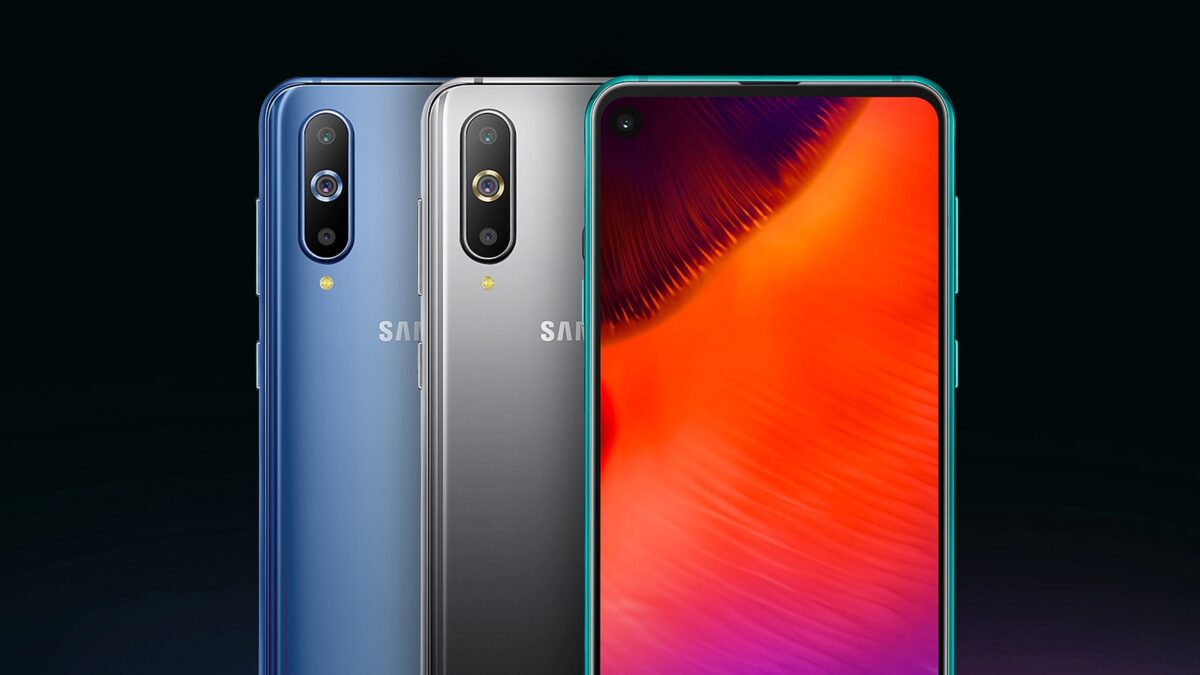 The Galaxy A8s is Samsung’s first phone with a display cutout, with the front camera residing in this cutout so the display can have smaller bezels around it. The A8s features an Infinity-O display, which is also expected on the Galaxy S10, and Samsung announced the A8s in China last month following a short teaser at the A9 (2018) launch in the country. And based on certifications from the FCC and the Wi-Fi Alliance, it looks like the Galaxy A8s may also be launched in South Korea.

The evidence comes in the form of the model number. The certifications are for the SM-G887N; Samsung uses the letter N in model numbers for devices launched in Korea, while the Chinese models get a 0 at the end instead of a letter. Unfortunately, while the certifications suggest that a Korean model is in the works, it doesn’t tell us when the device will be launched or arrive on retail shelves. Samsung also has some new budget phones with Infinity-V displays set for release in January, so we can expect the A8s to go official for South Korea at around the same time.

The Galaxy A8s’ specs are unlikely to be changed for South Korea. It comes with a 6.4-inch Full HD+ Infinity-O display, the Snapdragon 710 SoC, 6GB/8GB of RAM, 128GB of storage, a triple-camera setup at the back with 24-megapixel primary, 8-megapixel ultra-wide, and 5-megapixel depth sensors, a 24-megapixel front camera, a rear-mounted fingerprint sensor, a 3,400 mAh battery, and Android 8.1 Oreo. It also sports a dedicated Bixby button for Bixby Voice functionality. 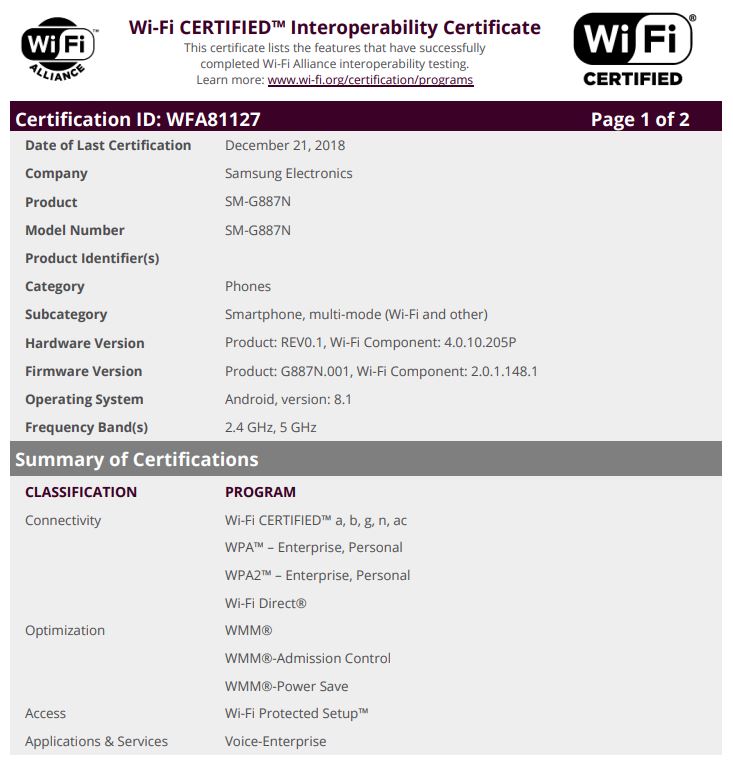