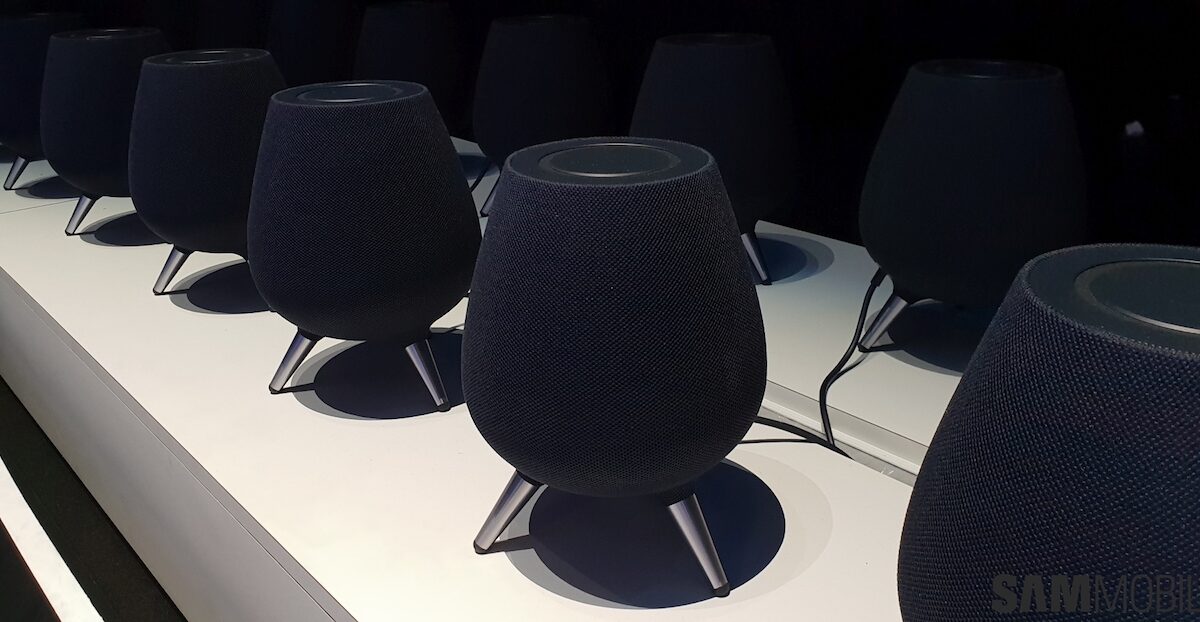 Samsung’s Galaxy Home hasn’t hit retail yet, but what the company showed off at the Galaxy Note 9 launch made it clear the Galaxy Home is meant to be a premium product. Pricing is yet to be revealed, but with features such as AKG audio, eight microphones, the ability to direct sound towards the user’s position, and a classy design, the first Bixby-powered speaker is likely going to compete with the Apple HomePod, which retails for $349.

But in a market where AI speakers like the Google Home and Amazon Echo are offered for less than $200, Samsung will have a hard time selling too many Galaxy Homes. A cheaper Bixby speaker would go a long way in helping Samsung get more consumers on-board, and we have learned that’s exactly what the company is working on.

We have obtained information that a new Bixby speaker with model number SM-V310 is being developed. The Galaxy Home carries model number SM-V510, so Samsung could be working on a series of smart speakers. We know the SM-V310 will come in black, but that’s the extent of our knowledge about this speaker at the moment. It remains to be seen exactly how Samsung will reduce the pricing for the cheaper Galaxy Home. It might have fewer microphones and perhaps lack a subwoofer, but it’s all just guesswork.

Could this mini Galaxy Home make a debut at CES 2019 alongside the regular Galaxy Home? It’s possible, considering CES is held in the United States, which is going to be one of the most important market for Samsung’s Bixby-powered smart speakers. Speaking of Bixby, the SM-V310 is no doubt going to have Bixby 2.0 out of the box, although we’re hoping it can do more than what Bixby 2.0 can currently do on Galaxy smartphones.