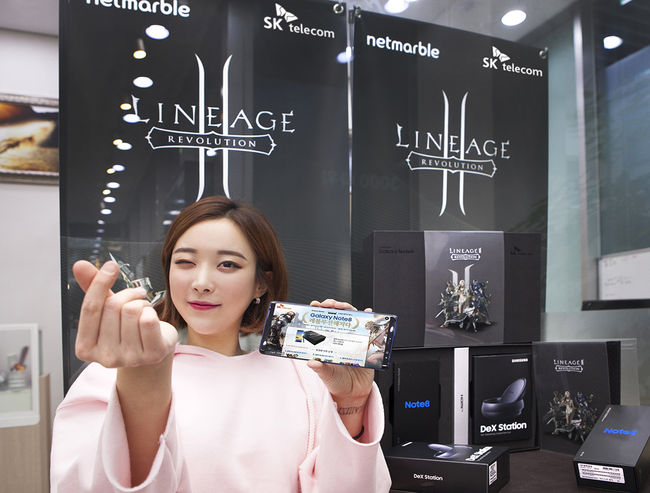 It’s not uncommon for Samsung to launch limited edition variants of its flagship smartphones. Such collaborations help the company move more units. Samsung has now announced the launch of the Galaxy Note 8 Lineage 2 Revolution Edition in South Korea.

For those who are unaware, Lineage 2 Revolution is a very popular MMORPG title for mobile devices. Samsung has launched this limited edition variant of its new flagship in partnership with Net Marble Games and SK Telecom.

This limited edition handset isn’t different from the Galaxy Note 8 that’s already available in the market. There are no cosmetic changes and the specs remain the same as well.

Customers who pick one up will get a Samsung DeX, an HDMI cable and some Lineage Game collectibles. Customers will receive some special gifts from SK Telecom as well. They will also get to choose between a Nemonic printer or an Allo battery set.

Special discount coupons for an Alcantara Galaxy Note 8 cover and Samsung battery pack will be provided as well. Samsung is only going to sell 10,000 units of this limited edition variant.

Pre-orders for the Galaxy Note 8 Lineage 2 Revolution Edition are open until tomorrow and the handset will be available for purchase starting November 16. It’s priced at 1,332,000 won or $1,200.