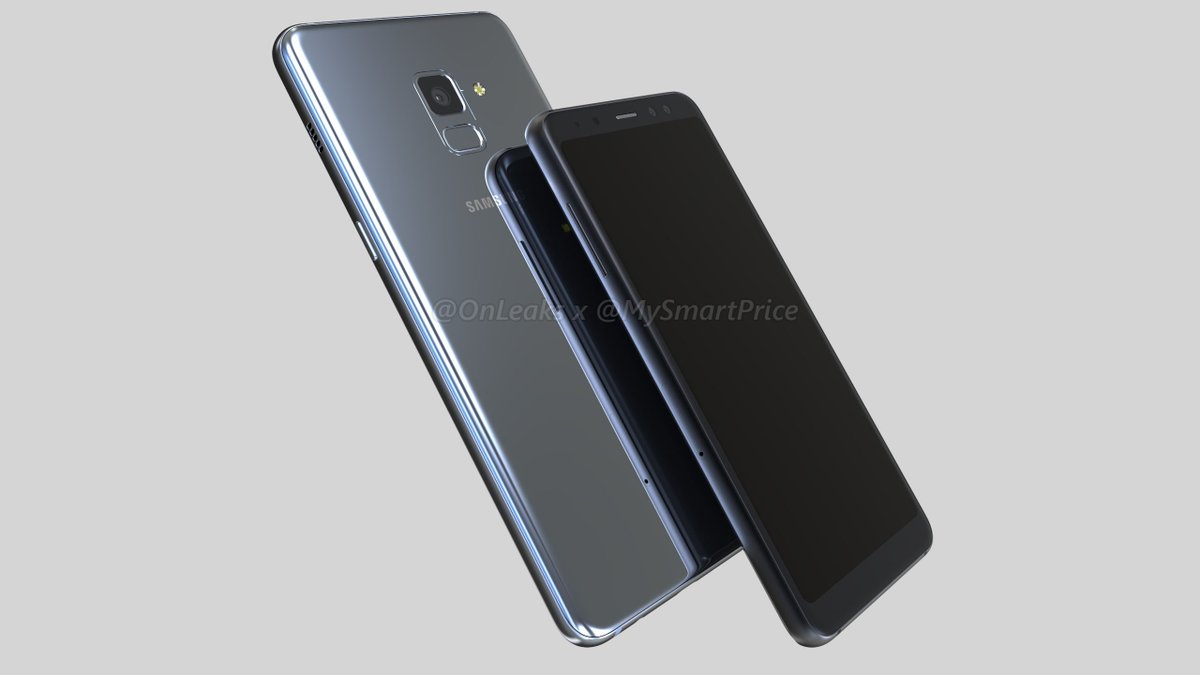 Samsung has started development of the successor to the Galaxy A7 (2017), according to a listing spotted on Geekbench’s online database on Wednesday, which points towards the handset sporting a 6-inch Full HD+ display ((2160 x 1080 pixels), a 1.6GHz Exynos 7885 octa-core processor and 6GB of RAM.

There’s no word on whether the South Korean company will adopt a dual rear-facing camera design for the so-called Galaxy A7 (2018), though recent leaks, rumors and speculation all point towards it featuring a dual front-facing camera configuration—but unfortunately, we don’t have any specific details.

Related: Feast your eyes on the Galaxy A7 (2018) in these renders

The Galaxy A7 (2018) in focus was spotted running Android 7.1.1 Nougat; however, it’s safe to say that it will at least receive an upgrade to Android 8.0 Oreo when it hits the market, if it doesn’t ship with it preloaded. It should also come with Bixby and Samsung’s Experience user interface.

It’s becoming more and more common that people are wanting to fool Geekbench by altering system data, so it’s possible that the information we’re looking at has been falsified. That’s not to mean that we aren’t looking at the Galaxy A7 (2018), though. Just take the specifics with a pinch of salt. 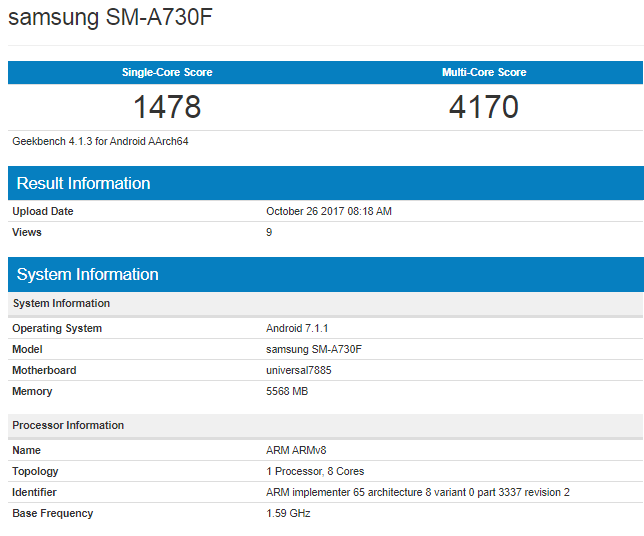